Russian special forces are in Syria. Now what?

The US and UN quietly back pedal with something like soft sanctions?

We arm the opposition and Russia gets another bloody nose like they did in Afghanistan?

Putin and Obama cut a deal? Putin has just recently been re-elected so I give him the upper hand to act soon while Obama needs to buy time.

Do you see any other non tabloid options?

posted on Apr, 4 2012 @ 08:32 PM
link
Well, if the Western powers are intelligent and care about the lives of a few million people then they'll come to the conclusion that assassinating Assad isn't worth starting World War III. I think Russia is doing EVERYTHING short of a direct and blatant threat it couldn't take back in warning us not to do this....trying to show us where this will lead if we do.

I think we're seeing that elusive and very hard to understand language of power diplomacy and high geopolitical dealing. I hope the people in Washington today are at least as intelligent and wise as the younger men who faced something like this under John Kennedy and Cuba. We damn near lost everything there....within MINUTES of it, as contemporary reports have shown for at least one point of the crisis.


The OP link is slow and won't open.

here's 2 sources from a couple of weeks ago.


News of the troops' arrival comes a week after a group of lawmakers pressed the Pentagon to cut ties with a Russian weapons maker accused of providing arms to the Syrian government.

The company is currently under contract with the Pentagon to supply 21 Mi-17 helicopters to the Afghan National Security Forces, at a cost of $375 million.

For some time, Israel and its backers on Capitol Hill have failed to recognize Russia has a strategic interest in the region and is never going to permit a reshaping of the map of the Middle East to suit Israel and the United States.


I was wondering about this, and why we have not heard much from the Russians. Guess it's a good thing Netanyahu postpones attack until next year
I am unsure how this may play out, but yea there are more than just one country's interest at hand. I am curious how China will play out in the mix as well.

spec
edit on 4-4-2012 by speculativeoptimist because: (no reason given)

posted on Apr, 4 2012 @ 08:40 PM
link
This is a good move on Russia's part to bait the US into a conflict. Russia is openly supporting Syria and the US is close to using military force against Syria therefore Russia steps in as a wall. Obama makes one wrong move and the US and Russia are at war.

posted on Apr, 4 2012 @ 08:44 PM
link
it's ment as a deterrent, the US won't risk having American commandos firing on Russians, that's what proxy's are for.
the Russians know this.


I've said it before on another thread . The Russians sent in special forces to flush out and expose CIA involvement in this whole supposed uprising. Which of course was just an attempt at another proxy war started by the CIA. Along with the media whore machine backed and controlled by the U.S. government they tried to recreate in Syria the success they had in Libya. The Russian's let them take Libya for whatever reason, but they were not going to stand by and let them do the same think to Syria. As soon as the Russians send in their special forces, the media coverage and hype of the whole Syria conflict disappeared. Check mate. I am not a Communist but I think the best thing to happen in the world over the last year was the re election of Putin. Whether the elections were rigged or not is irrelevant. Because we all know even the American elections are heavily rigged. The main reason Putin is good for the world is he takes no BS and isn't afraid of the American government. He brings a balance to things and keeps the American and British imperialism in check. I'd say The CIA activity in Syria was a probing mission to see if they could take it farther without interference. They guessed wrong.

Are there any "agreement" between Russia and NATO on military actions ?

NATO-Russian relations are relations between the NATO military alliance and Russia.

Cooperation between Russia and NATO started in 1991. In 1994 Russia joined the Partnership for Peace programme.[2] During the 1990s, sides have signed several important agreements on cooperation.[3]

The Russia–NATO council was created in 2002, for handling security issues and joint projects.

Dmitry Rogozin holds the office of the Russian envoy to NATO.
NATO–Russia relations 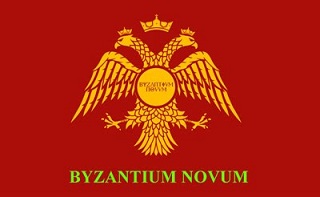 Let's not glamorize it, these people are there to kill.

posted on Apr, 4 2012 @ 08:53 PM
link
Flookin Us Special forces been in Syria for some ime now...come and go through the back door to help the strian freedom army....
The Ruskies also know that....Turkish army officers also arrested in Syria by govt troops....
Omani and Quatari forces also working with the rebs....Al CIAda also in Stria...
Whos fighting whom?
We dont know....does it matter?
maybe maybe not.......
Syria better ceasefire by the tenth....

Well, I have questions, too.
Why no Chinese peace keepers? Why no Brazilian or French or Indian or Mexican?
Always seems to be the fricken USA and Russia...
promoting insurgencies, tampering with politics, invading countries...
Why no Blue Hat UN troops to keep the peace?

Syria better ceasefire by the tenth....

Looking more like the Muslim Brotherhood better ceasefire by the 10th

The Syrian people who have a sovereign government are pretty tired of finding the people being killed by Israeli and American weapons
edit on 4-4-2012 by Jameela because: (no reason given)


I recall reading that Obama has eased up a bit on placing new missile defenses in Poland and elsewhere. While I can see Syria be of some importance to Russia (Russia has plenty of oil) the presence of special forces MIGHT be a bargaining chip. No missile defense in exchange for a Russian pullout and throwing Syria to the CIA dogs.

Seek the truth, let your enemy lead the way.

Syria better ceasefire by the tenth....

Looking more like the Muslim Brotherhood better ceasefire by the 10th

The Syrian people who have a sovereign government are pretty tired of finding the people being killed by Israeli and American weapons
edit on 4-4-2012 by Jameela because: (no reason given)


It seems to me that you have no idea what the MO of Special Forces units is in reality. Their purpose is to train "indigs" (the indigenous population) to fight and do the killing for them. It's the same thing the CIA was trying to do, and from my eyes, they are trying to undo the damage that the CIA has caused. Don't get me wrong, Spetznaz has some questionable methods at times, as well, but they are not the primary aggressors here.

posted on Apr, 4 2012 @ 09:17 PM
link
Hype. Ive been seeong on ATS threads about IMMINENT western intervention in Syria for MONTHS!!!! AND NOTHING HAS HAPPENED.

Where does this sovereignity come from and how does one maintain it....

Seek the truth, let your enemy lead the way.


Are you saying that because the west has brainwashed the Muslim Brotherhood into killing Syrian people for the promise of power, ( most of them fighting have been imported from Libya and Saudia) that the Syrian government cannot maintain the best interest of the people?

That's wrong if that is where you are going

Originally posted by princeofpeace
Hype. Ive been seeong on ATS threads about IMMINENT western intervention in Syria for MONTHS!!!! AND NOTHING HAS HAPPENED.

A lot has happened, you just do not know where to look, Syria has already been invaded by those paid to do so by the US and her allies.

Originally posted by oghamxx
reply to post by Wrabbit2000


I recall reading that Obama has eased up a bit on placing new missile defenses in Poland and elsewhere. While I can see Syria be of some importance to Russia (Russia has plenty of oil) the presence of special forces MIGHT be a bargaining chip. No missile defense in exchange for a Russian pullout and throwing Syria to the CIA dogs.

I think we're looking at this the wrong way in terms of how the Media and public seems to be in search of tangible wealth or profits. After not finding any, we seem content to say Russia isn't all that serious... can't be..there isn't anything in it for them.

There is actually quite a bit and it's a critical thing to them at this point. If you look at a map of that region...Russia pretty well owns the Black Sea as their personal puddle. Something like the Gulf of Mexico is to us, right? Well what does Russia have outside of that? Past the Bosporus and into the Med, Russia hasn't got a friendly port for a long long way.........except for Syria. They used to have Libya in a bygone era...but who else? Everything else is either American friendly or outright determined to not take sides at all.

I think Russia's motivation goes beyond Oil...or Natural Gas..or Mineral wealth or some kind. It boils down to pure strategic importance for projection of power. With Syria? Russia has a very nice Naval base in the Eastern side of the Med. Without Syria?? They need to get out beyond the Red Sea or clear out into open Atlantic waters to go north or south before they find another true friendly port.

People are selling Russia short on motivation and THAT scares me as much as anything. Strategic Influence trumps oil everyday.

Why no Blue Hat UN troops to keep the peace?

Because most of those belonged to us.