(Or, “Yes, I really do have this much free time to kill”) 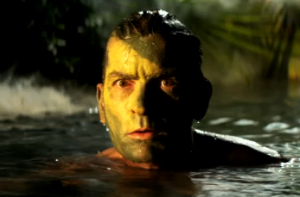 I’m still only in the Introductions forum.

Every time I think I'm going to wake up back in the Breaking News forum.

When I’d logged off after first registering, it'd been worse. In those early days as a newbie, I'd wake up and go immediately to check the ATS Firehose first thing in the morning. The addiction was strong. I hardly said a word to my wife until I said yes to a divorce. When I was online, I wanted to log off and be productive. When I was offline, all I could think of was getting back to ATS.

I've been here a week now. Waiting for a mission, getting softer. Every minute I lurk in this forum I get weaker. And every minute the shills and debunkers have free reign on the board, they get a little stronger. Each time I look around the walls move in a little tighter.

Everyone gets everything he wants. I wanted a mission, and for my sins they gave me one. Sent it to me right over U2U like room service. It was a real choice mission, and when it was over, I'd never want another.

There was a knock on the door.

"Come on in.. At ease. Want a link to the radio show ?"
“No thanks.” That &%$#ing thing was always popping on my screen and obscuring the bottom of it when I least expected it. Or needed it.
“FailedProphet…have you ever met the site owners and admins or myself?”
“No sir, not personally.”
"Your profile specifies secret banning and counter-shilling. Did you not secretly ban a rogue moderator over the too-many-Swine-Flu-threads fracas a few years back?”
“Sir, I am unaware of any such activity or operation - nor would I be disposed to discuss such an operation if it did in fact exist. Sir.
The site owner sighed, and then got down to business.
"Kurtz was one of the most outstanding super-mods this board has ever produced. He was brilliant and outstanding in every way. And he was a good poster, too. A man of wit, of humor. He joined our mod team.. After that, his ideas, methods…became…unsound. Now he’s crossed over into the offtopic forums with his ragtag band of fanbois, who worship every post the man makes and swallow every troll, no matter how ridiculous. Your mission is to proceed deep into the offtopic threads, pick up Kurtz’s path, probably somewhere in the “Post a Funny Pic” thread, and…terminate the Supermod’s command. Terminate…with extreme prejudice.”

One of the Admins spoke up.

"He's out there operating without any decent restraint. Totally beyond the pale of anything acceptable under the Terms and Conditions. And he is still in the field making judgment calls on sane posters. You understand, FailedProphet, that this thread does not exist, nor will it ever exist. All that will be left at the end is that creepy 404 Men-in-Black page.”


Was This written about you?

posted on Apr, 4 2012 @ 07:28 PM
link
How many members had I already dropped the ban-hammer on? There was those six that I knew about for sure. But this time it was a WATS poster and a Supermod. That wasn't supposed to make any difference to me, but it did. Shoot...charging a member with T&C violations these days was like handing out speeding tickets in the Indy 500, what with the post-Fukushima influx of noobs.

I was being accompanied on the mission by three other posters. The UFO expert, the one they called Chef, was always trying to debunk member photos. He was wrapped too tight for that job. Probably wrapped too tight for ATS in general. Lance was famous for his staunch second-amendment rights defenses in the politics forums, but he was paunchy, with thick geek glasses, covered in Cheetoh dust. To look at him and you wouldn't believe he ever fired a weapon in his whole life. Clean, Mr. Clean, was an anonymous coward from one of those other cruddy conspiracy boards where everone has ADHD and uses filthy languages constantly. The decorum of the ATS Terms and Conditions had really put the zap on his head. Then there was the Chief, a mod. It might have been my mission, but it sure as heck was Chief's forum.

posted on Apr, 4 2012 @ 07:42 PM
link
I began by having a look at Kurt’s profile page. At first, I thought I’d clicked on the wrong link. I couldn't believe they wanted this member banned. Member in good standing since 2003, close to 200 Karma WATS points and a Karam of 160, about a zillion stars and flags. Et cet-er-ra, et cet-er-ra. I’d seen the screen caps of the posts the admins had removed, and it really put the hooks in me. But I couldn't connect up those posts with this member.

Like they said, he had an impressive posting career. Maybe too impressive... I mean perfect. He was being groomed for one of the top slots of the corporation. Co-Owner, “Super-Duper mod,” anything.

In 2010 he posted a series of stuff on the BP crisis, and things started to slip. His long, rambling threads full of walls of texts started to get 404’s more and more. Seems the admins and owners didn’t dig what he had to say. During the next few months he made three requests for transfer to modding offtopic threads. Offtopic? Why the heck would he do that? That’s got to be one of the roughest mod gigs out there, and he’d previously been doing high prestige forums like Breaking Alt News. He put up with a ton of garbage, but when he’d threatened to leave the board, they gave it to him.