Food For Thought, In Case You Didn't Know

posted on Apr, 3 2012 @ 10:45 AM
link
The Free and accepted Masons have been around for centuries upon centuries, just like their enemy, the Catholic church (who I personally don't believe is their enemy anymore, because their customs have recently intertwined). They have been accused of countless conspiracies against mankind, of course, and they're the most secretive secret club in history--and America was the first country to be founded by Freemasons.

In 1776, Adam Weishaupt founded an organisation in Bavaria, called the Illuminati (ironically, his name translated means 'leader of the wise'), an organisation of people who believed themselves to be enlightened with knowledge that most others are not worthy of, and their goal was to eliminate religion and all the diverse nation's governments. Despite being expelled from their original countries, the secret society survived by merging with Freemasonry.

After Freemasonry was also expelled and banned, the organisation decided to move. That's when America was born.

One third of the makers and signers of the constitution were Freemasons.

At least half of our presidents were Freemasons.

Then, one of the more recent secret societies flourished--Skull & bones. Many, possibly all, the Skull & bones members were Freemasons--and a couple of them even turned out to be presidents. The Skull & crossbones faternity is suspected of being a German organisation based on Nazi beliefs, because one of their secret tombs hides many Nazi affiliated artifacts, and the faternity is very wrapped around the idea of death.

There is also a wide variety of conspiracies reguarding Hitler--who many suspected of being a member of the Illuminati. It's not proven... but I find that to be a strange connection.... and also the fact that the founder of the Skull & crossbones faternity was in Germany for a while before returning to America and establishing the faternity.

It's also believed that the Illuminati worshiped the sun (and to a lesser extent, the moon). This was not ALL proven, but highly suspected--that the Christian religion and the Illuminati customs, being Paganisim and Roman sun and moon worship, merged together before the religion reached America--which is why our American 'Christian" customs are actually traditions of Paganisim and Roman sun and moon worship. Christmas is modeled after the Roman sun God, who, in Roman legends, was born on December 25th. The scripture states plainly that the messiah was not born in winter. Easter is the English pronounciation of Ishtar, the Roman moon goddess, the goddess of fertility, who had a begotton child with the Roman sun God. Neither of those holidays have anything to do with Jesus/Yeshua.

Furthermore, one of the most famous statues of Ishtar shows her naked standing with owls at her feet. Owls are an idolized animal to the illuminati. Another strange coincidence.

posted on Apr, 3 2012 @ 10:59 AM
link
Interesting stuff, I had never heard about the Roman sun god / statue of liberty similarities before...learn something new everyday. Ill help with the pics S&F 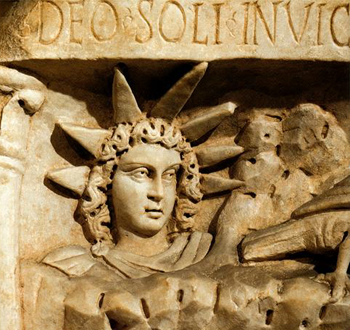 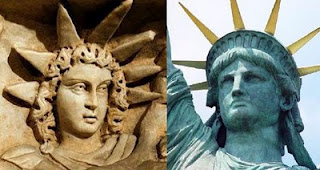 posted on Apr, 3 2012 @ 11:09 AM
link
My uncle was a member of skull and bones in 1957. He is a wealthy man, sits on the board of a couple of Fortune 500 companies and was the CEO of Baxter/Travenol for many year. He is not an enigma. He has been to Bohemian Grove and has asked my father to join him once. My father refused to go. I think Skull and Bones is more of an elitist networking type thing more than a nefarious secret society. I however cannot discount the fact there are folks who have been members who went on to more nefarious activities.

posted on Apr, 3 2012 @ 11:21 AM
link
Anyone played "Amnesia"? Scary game to be honest, just finished playing it and I noticed a lot of details during the end of the game that had with rituals to do, mostly satanic. But there were also heraldic texts and ancients texts dating to the Aztec and Mayans. I thought at least that it was interesting, with the torture chambers and the description of the evil going on there.

Reminded me that when you have a secret organisation, you must have rituals.


Thankx for posting the pics

There's not much concrete evidence of all this, but you don't need hard evidence to believe it. Otherwise it would all be a million amazing coincidences. What are the odds?

posted on Apr, 4 2012 @ 02:42 PM
link
Some good observations, congrats to you OP.
These details you presented are not far from mine opinion about Illuminati. I'm most curious on their knowledge wich is being kept a secret for centuries.

Concerning their religion, you said they worship the sun wich I believe is true. They are closely connected to Egypt and they easily could be Pharaohs descendents. As we know, Illuminati uses one-eye symbolism inside a pyramid. One eye symbolizes - the eye of Horus (egyptian god) his eye is the sun during the day and moon during the night. That's why they worship the sun - Eye of the Horus!

When we mention sun worhsip, have you heard about recently built 'Illuminati gheto' - Astana in Kazahstan? The city is proubably built by their blueprint. If you have no clue on what im talking about go check it out - Article link and in google maps search this coordinates (51° 7'32.13"N 71°26'23.04"E) switch to satellite earth(satellite) view. Astana is a higly symbolic place including architecture alignment and sun symbols. 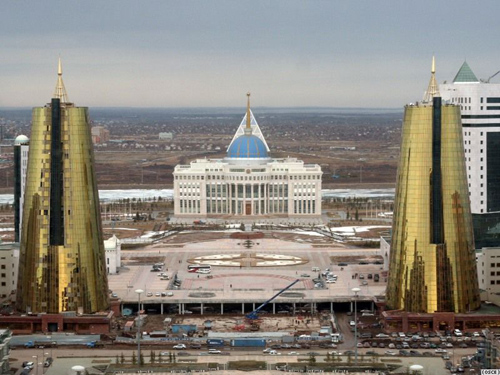 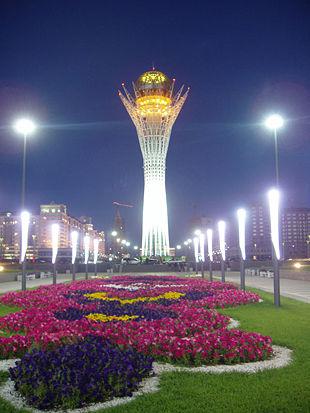