posted on Mar, 21 2012 @ 09:14 PM
link
I ran across a new comic book series tonight that I thought everyone who follows this forum would be interested in. 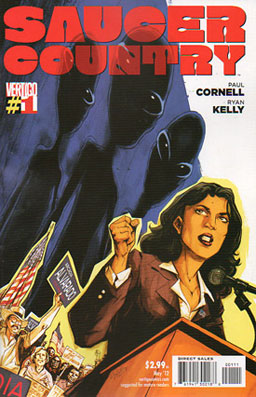 Saucer Country (from Vertigo, an imprint of DC) is about the governor of New Mexico who, as she is about to announce her candidacy for the President of the United State, that she is an alien abductee. 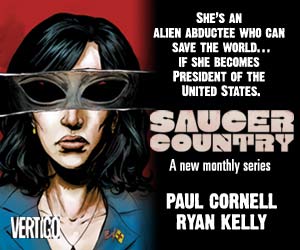 A subplot involves a Harvard professor of modern folklore who is being dismissed by the college for being a UFO believer. While he protests accusations he is insane, he is frequently visited by a vision of the Pioneer 10 couple, a vision only he can see. 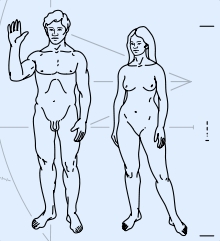 The issue ends with a chilling scene. As the governor of New Mexico is announcing her candidacy, she receives a telepathic message from the aliens. "You are us. You belong to us. Soon you will all know that."

I picked up the first issue tonight. It is a great, very creepy read and highly recommend it.


I read a couple of reviews and they have many good things to say about it. I will check this out. Oh, and the cover of the first issue would make for a great avatar wouldn't it? Love it!