- Both shooters wrote and kept journals. These are now public. Eric Harris, the 2nd gunman,
talks about crashing a plane filled with bombs into New York City

- In this event, Timothy Mcveigh blew up half the Federal Building in OKC

The bomb consisted of about 5,000 pounds (2,300 kg) of ammonium nitrate and nitromethane, a motor-racing fuel

Timothy McVeigh was executed by lethal injection on June 11th, 2001.

Since the building was now useless, demolition teams took it down:


They did a much better job at the World Trade Center

The North American Numbering Plan (NANP) is an integrated telephone numbering plan administered by NeuStar (formerly Lockheed Martin IMS) which encompasses 24 countries and territories, including the United States and its territories, Canada, Bermuda, and 17 nations of the Caribbean.


- Lockeed Martin? Watch the first 20 seconds of this clip.

Columbine High School? Ok back to the phone number...


The first known experiment with a national emergency telephone number occurred in the United Kingdom in 1937, using the number 999


AT&T chose to implement the concept, but with its unique emergency number, 9-1-1, which was brief, easy to remember, dialed easily, and worked well with the phone systems in place at the time. How the number 9-1-1 itself was decided upon is not well known and is subject to much speculation by the general public

- Jared Lee Loughner, (ATS member: Erad3) shot and killed 6 people outside a Safeway in Tucson, Arizona - where a Congress meeting was taking place. Of those dead was a girl named Christina Taylor Green

Christina-Taylor Green, 9, of Tucson. Green was accompanied to the meeting by neighbor Susan Hileman. Because her date of birth was September 11, 2001, she had appeared in the book Faces of Hope: Babies Born on 9/11. She was the granddaughter of former Major League Baseball player and manager Dallas Green, niece of actress Sophia Bush

posted on Mar, 20 2012 @ 08:29 PM
link
What you have found is many occurrences in history in which the numbers 9-1-1 appear..
Without looking into this any further i will personally write this off as coincidence as i do not believe any of these events had any connection to each other other than the coincidental numbers 9-1-1... S&F for effort.
edit on 20-3-2012 by TheCelestialHuman because: (no reason given)


So,because Dylan Klebold was born on sept 11th you're connecting it to the events that took place on 9.11?Really?I'd take those connections a little more seriously if you didn't start off with Columbine.Or the Gifford shooting.Here in the non conspiracy world we call that a coincidence.Nothing more.

Good effort in compiling the information, I just can't get on board with all the number theories. Pick any numbers and you'll be able to find 'connections'. You just have to look hard enough.

You would expect that a 365th of everything happening in the world would happen on 9/11. 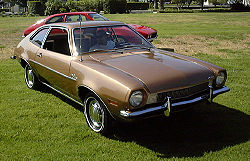 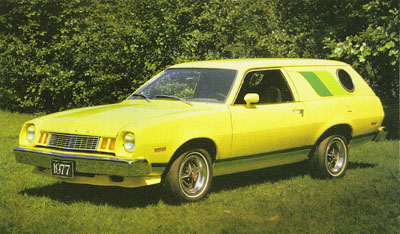 The Ford Pinto was introduced on September 11, 1970. The Pinto's legacy was affected by media controversy and legal cases surrounding the safety of its gas tank design and a recall of the car in 1978. The Pinto's structural design allowed its fuel tank filler neck to break off and the fuel tank to be punctured in a rear-end collision, resulting in deadly fires from spilled fuel.
edit on 22-3-2012 by lunarasparagus because: (no reason given)