If you look at the black dot at the center of the picture for 30 seconds, when the image changes to a black and white version, you will see it in full color.


This illusion forces your brain to see color in a black and white photo. It works by first saturating your visual memory with shade and line data, which occurs when you stare at the first picture for more than ten seconds or so. Upon flipping to the second picture, the spectral opposite of the original color data is imposed on the grey lines and shading of the photo.

When you move your eyes the memory will clear and the picture will look black and white to you. The colors will still appear to be there for a little longer, only really faint.

Here's a tutorial on how to make your own illusion.

When I came across this I thought it was going to be one of those "stare at me for a long time, a zombie picture will appear and a loud noise will scare you" type of thing, but this was the real deal

I thought you guys would find it interesting, so I wanted to share it.


Makin' it trippier up in here.


Thank you for providing a soundtrack. Excellent song

I gotta admit, that is a good one. Not having read the text I saw the coloured image first but didn't realise it would flip to another image. I started reading the text then my eye caught the image change and I almost fell off my stool!

Having read the text and followed the instructions it really does work, unlike those damn stereograms you referred to. Good find. Seeing is not always believing. 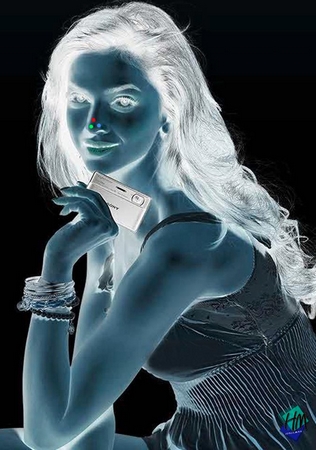 If you are curious about how afterimage works, our eyes essentially get fatigued of the color we are staring at and, seeking neutral, start to emphasize the complementary color. Essentially, the dark blue in the woman’s skin is the complement of her light yellow white skin color.

I had seen this illusion before it's neat, though it could be accomplished with any image or castle...