We have been perusing some of the WikiLeaks stuff and found this for your edification
and enjoyment.

Looking For The Smoking Gun, Literally.

Did Saddam’s Iraq army have DU weapons that were used against our troops? 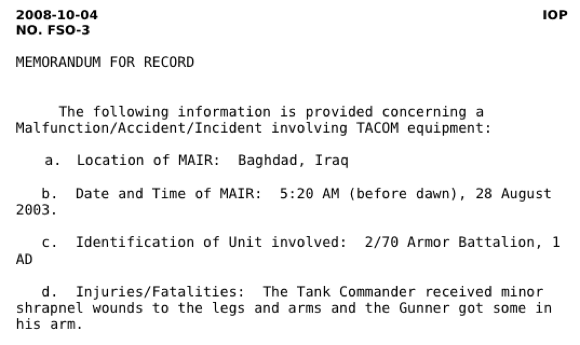 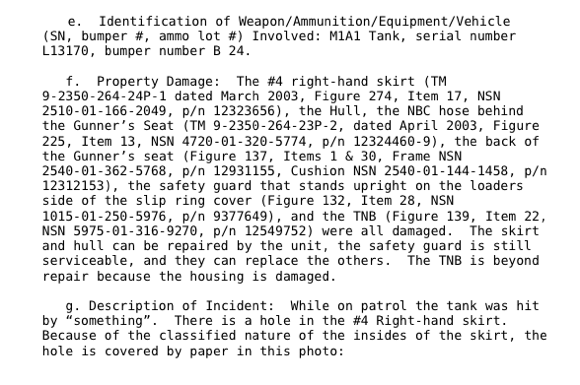 There is obviously a bit of confusion - and consternation - about this “something” that can penetrate U.S. DU armour with apparent ease. 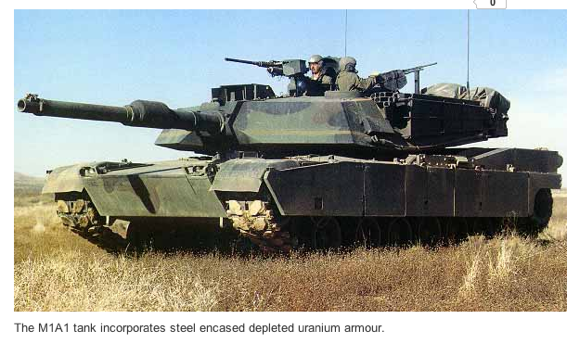 The top panels of the tank are designed to blow outwards in the event of penetration by a HEAT projectile. The tank is protected against nuclear, biological and chemical (NBC) warfare.

One L8A1 six-barrelled smoke grenade discharger is fitted on each side of the turret. A smoke screen can also be laid by an engine-operated system.
In August 2006,GDLS was awarded a contract to produce 505 tank urban survivability kits (TUSK) for the US Army Abrams tanks. 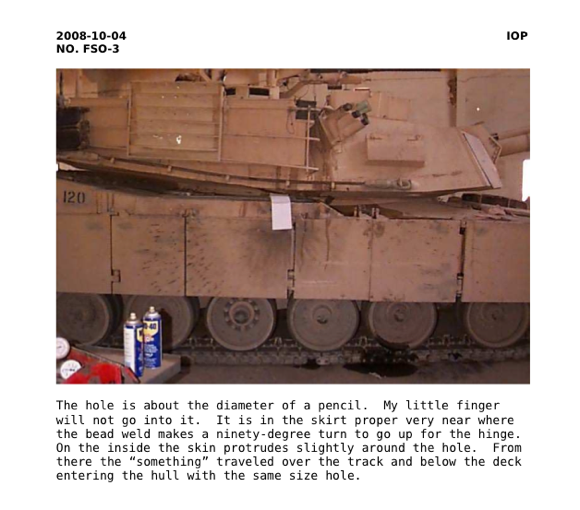 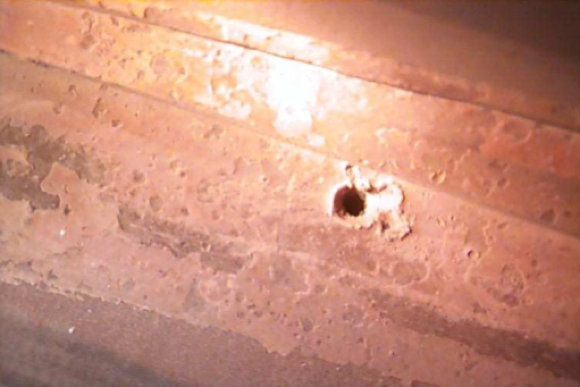 Here’s a close-up of the hole. We notice how little fragmentation has taken place thus far. 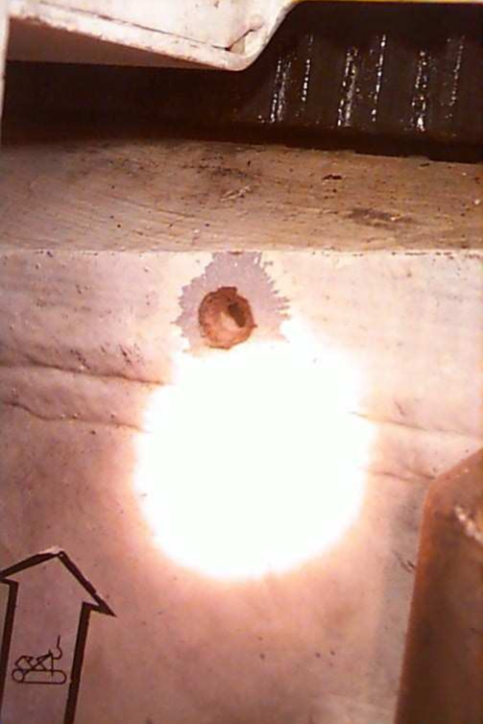 This is what it looks like on the inside where it entered the turret well. 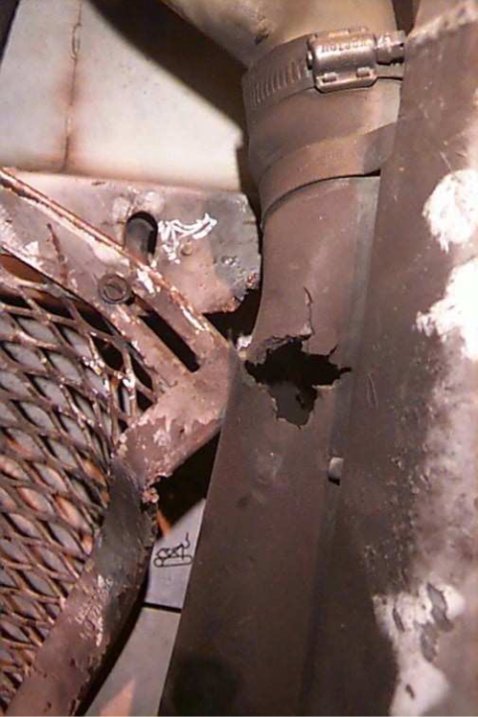 It then tore the NBC hose behind the Gunner’s Seat and bent the Basket Shield. 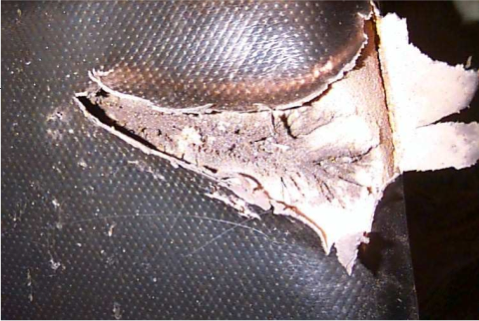 It passed through the Gunner’s Seat Back at a very oblique angle. 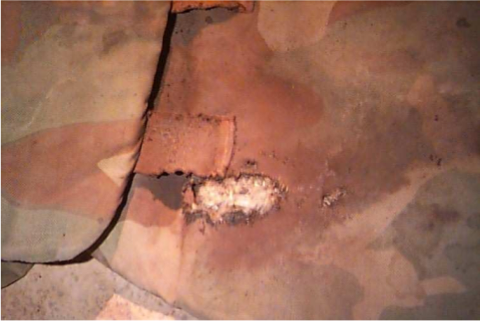 The Gunner said it felt like someone hit him in the back with a hammer and he was thrown against the GPS. 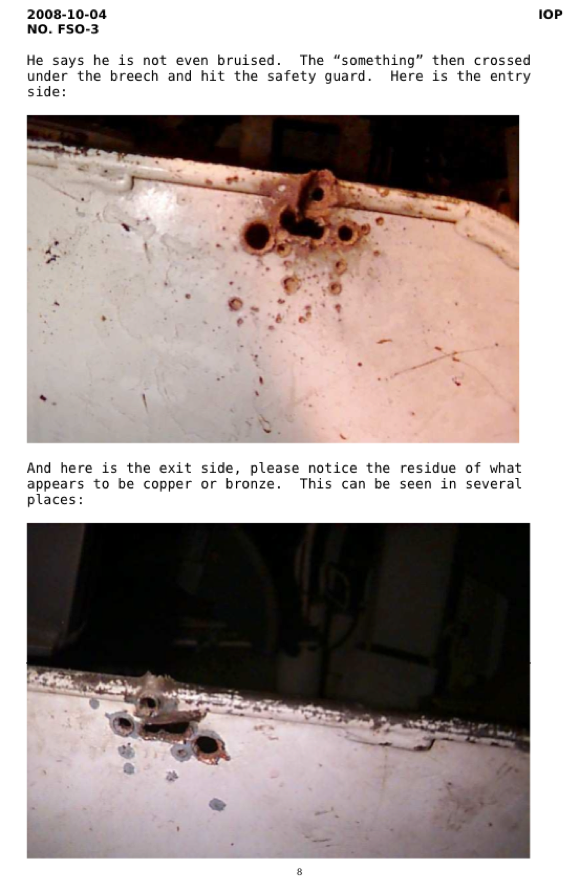 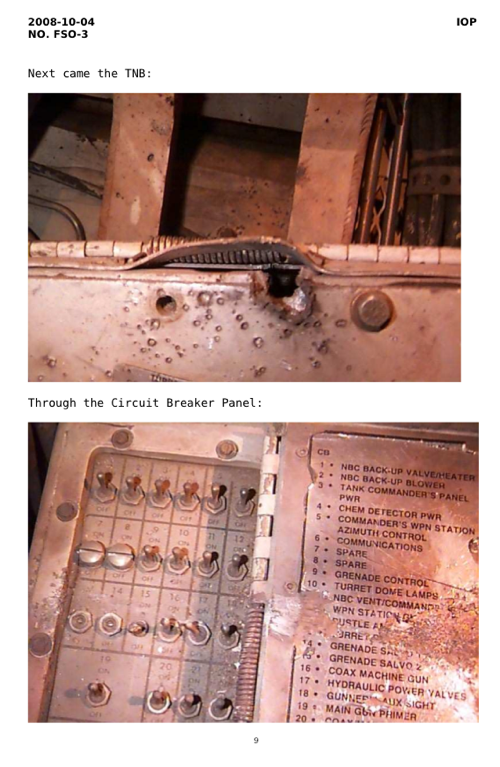 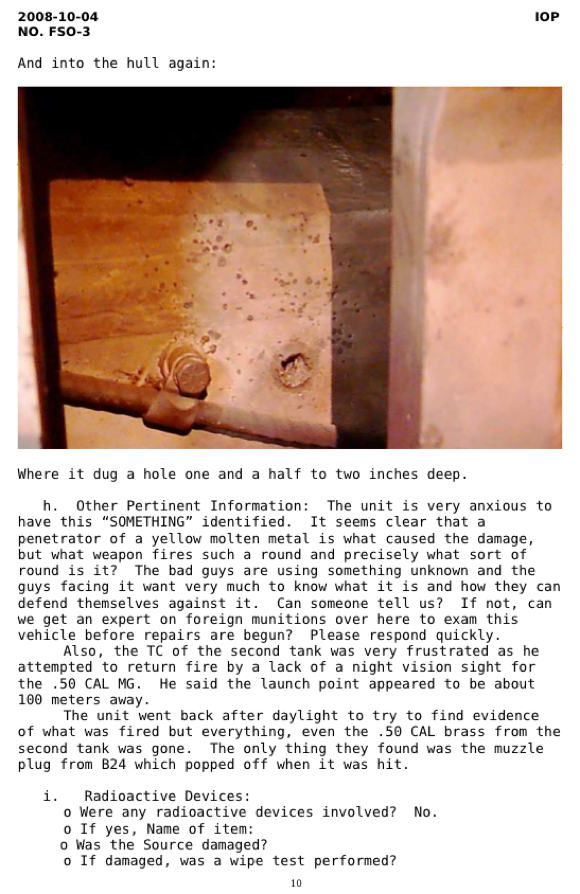 “...a penetrator of molten yellow metal” caused the damage and our troops are in the dark as to [color=Cyan]“what weapon fires such a round and precisely what sort of round is it?”

We find it even more interesting that the firefight area had been “cleaned” apparently immediately following the conflict, [color=Salmon]“even the .50 CAL brass from the second tank was gone.”

OK, ATS Dogs of War, what’s up with this?

Thank you for your time, consideration and participation.

We look forward to further communication. 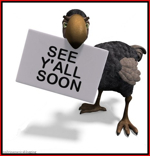 posted on Feb, 23 2012 @ 02:03 PM
link
It seems like the weapon was also fired from the right angle, and hit the weak spot of the armour directly. This is one hell of a shot.. A pencil sized hole managed to disable the whole tank through that shot.

posted on Feb, 23 2012 @ 02:13 PM
link
That looks like a standard bazooka round direct hit, molten copper core with shaped charge.

I'm a railgun junkie though, so that is my guess

Edit: Actually, I think Biigs is right, a modern AT rocket does seem to be the best explanation
edit on 23-2-2012 by Mkoll because: (no reason given)

posted on Feb, 23 2012 @ 02:26 PM
link
Doesn't DU aerosolize at super high temperatures through and beyond the armor,turning all into a black crispy mess?

I think it does,and these pictures show no evidence of that IMO.
This is a high powered but conventional anti tank gun,maybe with tungsten/copper alloy projectiles?
Not sure,but its not DU.

posted on Feb, 23 2012 @ 02:48 PM
link
Russia probably went into Iraq to test some weapons on our tanks. I know that's what I would do if I was them. Its probably some new RPG or anti-tank missile.

Whatever it is they better find out fast.

posted on Feb, 23 2012 @ 03:13 PM
link
After doing some research I found that the U.S. and Israel can already defeat the M-1 armor and even the new Russian tank with reactive armor.

This tank that was hit was not fitted with the new TUSK reactive armor that went into production in 2001. If It had been the tank would have not had any problems.

This tank was probably hit by one of our own tanks or a new Russian RPG.

posted on Feb, 23 2012 @ 04:25 PM
link
I'm speculating.... that the [possible?], armor piercing depleted uranium round, was from the result of a friendly fire incident, possibly from a jetfighter; such as the A-10 Warthog.

The shape of the hole going in gives away that it was a shaped charge and not a projectile hit.
the later holes after the charge penetrated and picked up chunks of metal from the equipment hit inside the tank show high velocity shrapnel effects where they hit.
Gas jet weapons do not show a up turned edge around there impact point. projectile hits show a cratering with a up turned wall

The Russian have been known to give away small numbers of there latest rounds to terrorist or resistance group types just to see them used against US tanks.

Originally posted by RizeorDie
It seems like the weapon was also fired from the right angle, and hit the weak spot of the armour directly. This is one hell of a shot.. A pencil sized hole managed to disable the whole tank through that shot.

Agreed, one hell of a shot, and a lucky one on top of that.

More from the memorandum:

The bad guys are using something unknown and the guys facing it want very much to know what it is and how they can defend themselves against it. Can someone tell us?

If not, can we get an expert on foreign munitions over here and examine this vehicle before repairs are begun? Please respond quickly.

Also,the TC of the second tank was very frustrated as he attempted to return fire by a lack of a night vision sight for the .50 CAL MG.

[color=Cyan]He said the launch point appeared to be about 100 meters away.

Originally posted by watchitburn
The hole was made by one of these.


Originally posted by watchitburn
The hole was made by one of these.

But they can not be fire from 100 feet away so they can not be the cause.
They still are a shaped charge and must be within the standoff range to work and that is less then 10 feet

Gonna get flamed for saying that.

And yes, you are correct about the stand-off for those ones in the picture. I just did a quick search to find an example.

I think the Tank commander is mistaken about the firing point, or saw something else happening.

And that was 2008, How in the hell did they not have night vision?

posted on Feb, 23 2012 @ 11:04 PM
link
That MFR is 2008 but oddly the incident is 2003. The MFR is also not in the correct format but could be part of a badly written FLIPL. The incident would have first been on several DA Form 2160's. Because it is a MFR that is years after the fact it was most likely written by consolidating the 2160's in a FLIPL process to budget out resources that stay in country. The commander or XO that wrote the MFR would have many different accounts of distance from the 2160's as each convoy member would have had different viewing distances. He likely selected the 100 but it could have been something else entirely. Without access to the 2160's or SITREPs you really can only rely on so much info. What is described is exactly an EFP which is the same as the image that was linked with reference to the wine bottle.

posted on Feb, 23 2012 @ 11:39 PM
link
Obviously this is from a shaped charge penetrator, probably a Russian-made tandem HEAT rocket (this is what they are designed to do).

I don't get the point of the DU accusation... is that to say that Abrams are invincible and only American-style weapons can damage them? American soldiers are more likely to shell themselves with DU before some ragtag army does. And where would the DU weapons come from? DU weapons producing countries require nuclear plants to produce the nuclear waste that DU is, and then they need the industrial infrastructure to manufacture such weapons.

If Iraq fighters were armed with DU weaponry, then chances are that it originated out of the US. It wouldn't be totally surprising, considering that is where they got their sarin stockpile from (which is also a weapon of mass destruction).

posted on Feb, 23 2012 @ 11:48 PM
link
That doesn't look like DU damage to me, there isn't any "melted" metal at the point of entry, it looks more "torn" than melted. Of course the tank crew is being harmed by the very armor being used to protect them (or rather protect the tank, people are much less expensive) as evidenced in the first gulf war where radiation sickness was called "gulf war syndrome".