Researchers say they've found two pits to the east and west of Stonehenge that may have played a role in an ancient midsummer ceremony. The discovery suggests that the 5,000-year-old circle of stones we see today may represent just a few of the pieces in a larger geographical, astronomical and cultural puzzle.

The previously undetected pits could provide clues for solving the puzzle.

The pits, which measure about 16 feet (5 meters wide) and at least 3 feet (1 meter) deep, have been covered over for centuries and can't easily be spotted on the ground. But they showed up in a survey that was conducted using non-invasive mapping techniques such as ground-penetrating radar and magnetometry. The survey is part of the Stonehenge Hidden Landscape Project, which was initiated last year with backing from the University of Birmingham's IBM Visual and Spatial Technology Center and the Ludwig Boltzmann Institute for Archaeological Prospection and Virtual Archaeology in Vienna.

The placement of the pits is intriguing: They were found on the eastern and western sides of the Cursus, a racetrack-style enclosure north of Stonehenge itself that spans 1.5 miles (2.5 kilometers) from east to west and is up to 100 yards (meters) wide. From the perspective of an observer standing at the Heel Stone, a massive upright stone just outside Stonehenge's main circle, the sun would rise just above the eastern pit on the day of the summer solstice, which is the longest day of the year. The same observer would see the sun set that evening in line with the western pit.


This is very interesting to me. Stonehenge has been one topic that caught my interest a few years back. I haven't really researched it on my own though. Maybe this will motivate me to get more involved in some research.

I guess my first thought is that even with this new discovery, we'll never really know what it is and why or how it was built.

posted on Nov, 29 2011 @ 08:59 AM
link
i did a report on stonehenge for a research report my senior year in high school (late 90's). even back then the information i found at the library lead me to believe (had three sources from a town library to draw this conclusion) that not only were human sacrafices made at stonehenge, but they also 'consumed' the sacrifices. it was a really cool paper, i wonder if i still have it.

i received an A on it if i remember right...

I've always looked at Stonehenge as an oversized, and less intricate form of the Antikythera Mechanism. 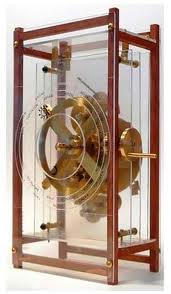 It served its purpose for the people of the day. But I'm sure there's much more to learn about it than we have uncovered yet.

Despite recent scientific investigations we still know relatively little about how it was built, it's full extent and it's exact purpose.

Like Avebury and most of the other ancient monuments it is an immensely powerful and awe inducing place that for me has an indescribable 'something about it' feel.

posted on Nov, 29 2011 @ 09:09 AM
link
Just a thought but I wonder if the pits are indeed as old as the stones or if they might have been created by some forgotten archaeologist.
Stone henge has been studied since at least the 1600's and many pits have been dug, stones moved and some have even been set in concrete boots.
There have been a number of different restorations of it some more invasive then others

posted on Nov, 29 2011 @ 09:34 AM
link
I quote from the second opening quote. "The placement of the pits is intriguing: They were found on the eastern and western sides of the CURSUS". (My caps)

These "pits" are related to the "Cursus" and not Stonehenge per sae although the Cursus is part of the total Stonehenge site. From memory there are three parts to Stonehenge. The "Avenue" to the East and leading up from the river Avon. Stonehenge, the monument of standing stones and the Cursus running away to the West. It can just be discerned on Google map of the area.

The exact purpose of the Cursus has been in question ever since its first discovery. The most interesting part of this finding is the possible entry point into the Cursus, making for some sort of confirmation of it being some sort of processionary way.

There are other Cursus sites around the UK, again from memory I seem to recall that there is one buried under one of the runways at Heathrow airport.

baphomet420, be interested to see your report, and what conclusions you drew, altyhough I guess you did not include the Avenue and the Cursus in that report.


Woodhenge.... never heard of that one. I'll check it out.

posted on Nov, 29 2011 @ 06:00 PM
link
Not to toot ancient aliens horn but they also pointed out something interesting about leylines, alot of them point to Stonehenge and other locations in england

posted on Nov, 29 2011 @ 06:12 PM
link
Sixteen feet across and three feet deep? Hmmm... Can't think of anything right off that could be used for. Maybe a water feature of some kind? Swimming pools? From what I remember, it's fairly close to an old river.

As for Stonehenge itself, along with the other standing stone and earth monuments in England, I just figure they did it because is was something to do. Once your hunting or farming is done, what are you going to do, just sit around and stare at each other for months at a time? I remember as a kid I was always with a bunch of kids digging holes in the dirt and building forts and things. Human beings just do that. Except these were built by grown-ups who had bigger ideas and were a lot more familiar with astronomical events.

I imagine that over the years they just kept adding to it and subtracting from it and once in a while they'd have a party there where everybody would dance around and drink and have a good time. Maybe go swimming.