As if life wasn't already tense enough for Americans who can't pay their debts, collection agencies are now taking advantage of archaic state laws to have some debtors arrested and sent to jail. More than one-third of US states allow debtors to be arrested and jailed, says Jessica Silver-Greenberg in the Wall Street Journal. Judges typically grant arrest warrants when the debtors have failed to show up for court dates or failed to make court-ordered payments. Of course, the reason debtors have failed to make court-ordered payments is often the same reason they didn't pay their debts in the first place: They don't have any money.

I'm all for people being held accountable for their debts. At the same time, I'm all for dumbass companies that lend money to people without the means to pay back their debts being held accountable, and losing profit. Isn't that kinda how it works? As the article states, often times the people who cannot repay their debts have a very common issue. They have no money. What is throwing them in jail going to do? You don't earn when you're incarcerated. I certainly see that when someone of means refuses to pay a debt, sometimes the only recourse is jail time but having companies advocate the jailing of debtors seems, well, creepy as a naughty word that starts with F.

Old posters, did the world used to make more sense?


Money? You mean extend a line of credit which amounts to an input of numbers...

posted on Nov, 26 2011 @ 01:28 AM
link
seeing how the prison system is already filled to the max, it would seem odd that they would add to the amount. With that said I am not sure how over populated jail is, but assume its similar to prison. I am sure the court would just add another bill to their debts which is just another way to try and scam money off the public and put real workers money into the hands of criminals/non private workers.

i used to like cats, before I found out they are all evil.....

Ya know, they want to bring back all these archaic principles and ideas...

How bout we bring back the stocks also?

Let's bring back tar and feathers!

And that funny french contraption that starts with g?

Yeah, we'll be needing a couple those..

posted on Nov, 26 2011 @ 01:33 AM
link
Wow. I almost don't have any words for this. "Let's put the people in debt in jail..so the taxpayers can pay more for the mess up of a few big banks made" Do these people even have brains? I mean I could see it if it was a large loan of say 50,000$ or more that was never paid on/off but seriously?

that cat again... i used to like cats, before I found out they are all evil..... 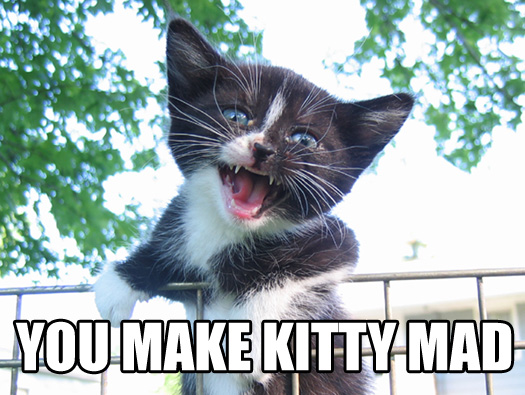 And that funny french contraption that starts with g?

posted on Nov, 26 2011 @ 01:43 AM
link
This would all boil down to the individual contract you're tied into. This is nothing more than scare-tactics.

Originally posted by GR1ill3d
Wow. I almost don't have any words for this. "Let's put the people in debt in jail..so the taxpayers can pay more for the mess up of a few big banks made" Do these people even have brains? I mean I could see it if it was a large loan of say 50,000$ or more that was never paid on/off but seriously?


Why not??
The bankers probably have shares in those "Private Prisons" and will make a tidy profit at taxpayers expense..

It's ALWAYS about the money..
You can't pay? Fine, we'll get it from the taxpayer..


I so sorry oOo great fuzzy one,

.how bout a scratch a scratch behind theearsooyoulikehuhthatsagoodkittymeow

Off with their heads!

((speaking of gas, why do we light a match when someone passes gas? Isn't that a bad habit?))

(if any here do not know me, I jest about the evil device)

That being said, all these bums (politicians) need to be investigated and punished.


Originally posted by GR1ill3d
Wow. I almost don't have any words for this. "Let's put the people in debt in jail..so the taxpayers can pay more for the mess up of a few big banks made" Do these people even have brains? I mean I could see it if it was a large loan of say 50,000$ or more that was never paid on/off but seriously?


Why not??
The bankers probably have shares in those "Private Prisons" and will make a tidy profit at taxpayers expense..

It's ALWAYS about the money..
You can't pay? Fine, we'll get it from the taxpayer..


Actually, yeah they probably do. I suggest you research and make a thread on that, I think you're right on the money (so to speak) and would gladly participate in a thread like that!


Even while some states have archaic laws, people in this situation need to check their states civil laws when it comes to debts owed. Some states, so long as an individual is making a good faith effort to repay the debt, can get relief inder the law.

If all you can afford is 20 bucks a month, even though the minimum payment might be 150.00, and you consistenyl make payments, the courts should take it into account. These laws will vary from state to state, so do your research to ensure you are in fact protected under your states laws.

Originally posted by BeyondPerception
This would all boil down to the individual contract you're tied into. This is nothing more than scare-tactics.


Similar to how the MPAA and RIAA sues people for more money then the earth has for pirating songs, then settles out of court for less then 20 grand lol?
edit on 11/26/1111 by GR1ill3d because: (no reason given)

posted on Nov, 26 2011 @ 02:12 AM
link
hahahahaha, most collection agencies have no such power. heck, they don't even have access to the contract or any original signature for debts which they claim are due. this is nothing but more fear-mongering, terrorist-type, propaganda.

you think this is bad, wait til they double and triple amounts due because 'inflation' has forced them to collect upon "equal" value of the original contract.
yeah, i know it sounds ridiculous but you'll see ... it has be scripted long ago.


This was the end goal of the Child Support advocates from the beginning(as mandatory jail sentences[via contempt of court without a trial], and other harsh Child Support initiatives haven't changed the compliance rate at all, as the vast majority of non-custodial fathers always made payment). To create the mindset of throwing "deadbeats" into jail and then expand upon it.

Similar to how the Roman Republic outlawed slavery, then after the last Punic War brought back slavery "just for the Carthaginians". Right, and in short order they expanded slavery to possibly include anyone.

Pretty soon we will go from debtor prisons back to outright slavery.


and you know what happened once they killed off the cats for being evil? You guessed it the rat population increased bringing the plague which killed half the world's population at the time


Actually there is money to be earned by locking people up.

First off, free labor. You ever see the prisoners on the side of a highway cleaning up? Yes, that is free labor that the State does not have to pay for.

Are you aware that many prisons are owned by Private Corporations? Yup.. that's more money. Fact is it has become profitable to lock people up and we should probably expect to see more of it.

I dont care if they throw people with debt in prison at this point. I really dont care and I would be one of those who would go. I have debt, some of that debt I will NEVER pay a dime on. Ever. Just on principle. As an example, I once took out a loan for a car (about 17 years ago or so), and after about a year I lost my job and was out of work for about 4 months. I worked with Ford Motor Credit who my loan came from to try to keep things balanced and I had worked out a payment plan once I began working again. Eventually, after I mailed in my last double car payment to catch me up 100% they came and repossessed my car anyway.

My options at that point were limited to a) letting them keep the car and taking on the debt or b) taking out a loan from a bank for the full amount and paying the bank instead.

When I went to the banker and explained what had happened he laughed and told me that I was not the first person to ever come to him with the exact same story about the exact same company. He then went on to explain to me that I had been scammed and broke down exactly how it worked and why they did it that way. It was at that point I told him thank you but no thank you on the loan and I have refused to pay Ford Motor Credit a dime. So far they have sued me about 3 or 4 times now over the years and I really dont care. Screw em. If they want my money bad enough, they can come take it out my pocket...and I wish them a lot of luck if the choose to try it.

I guess my point is, not all debt is simply a matter of not having money. There are times where that debt is accepted and the lack of payment is a form of protest. In any event, I dare the State to try to lock me up for it. If they do, I will see you all on the news

Still, you have still got your precious Second Amendment which protects you and prevents any infringement of civil liberties and draconian laws etc.....doesn't it?

posted on Nov, 26 2011 @ 05:19 AM
link
good good the people of america/west deserve this,they have been stealing from other nations.Karma is a bitch.


Yeah I am sure the billions of dollars we send out in foreign aid is actually stolen from other countries.


that foreign aid is military in nature.