posted on Nov, 25 2011 @ 06:53 AM
link
The powers that be are going to use unmanned camera drones to watch and monitor the olympics...is this a test for a new way of spying on the general population, and preparing for the next stage of the new world orders plans to control the populations?. Whats going to be next armed drones patrolling our skies on a permanent basis.

source: www.independent.co.uk... please forgive me if this is in the wrong section and move if necessary

posted on Nov, 25 2011 @ 07:17 AM
link
A paranoid person might see another degree of heat being added to the frog "Jacuzzi" here; one small step on the road to Predator drones eliminating dissenters from above. The All-Seeing Eye symbolism of the London Olympic mascots might raise an eyebrow or two as well... 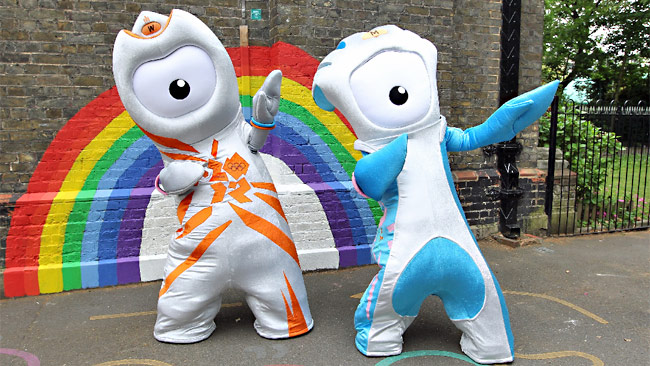 posted on Nov, 25 2011 @ 07:26 AM
link
Oh most definitely agree. Unmanned drones and tanks and missiles and work factories and on and on, all coming a step at a time.

posted on Nov, 25 2011 @ 07:37 AM
link
given that its probably the met police running them will end up have them flying and relaying all the information back to some guy named bob who's overworked and couldn't give a rats or is actually working for news international and is spending most of his time trying to peer into celebs houses

posted on Nov, 25 2011 @ 08:22 AM
link
I do not think its that bad. It just sounds like a good way to try a provide a safe olympic experience for he millions of expected spectators. Also the aricle lead me to believe that there not going to waste the money on buying them and training people to fly them so i don. See the point in the thread title.


A police source with knowledge of aerial surveillance techniques said opinion had largely turned against drones once the go-ahead was given for a National Police Air Service, which will provide helicopters to any police force that needs them. "Surveillance drones are not very high up on our priority list," they said. "They tend to be quite pricey and require a huge amount of training."

Now this bit got my attention


RAF snipers will keep watch over events in Lynx helicopters.

If all else fails, theres this....


If thats what I got to look forward to patrolling around me then I got only this to say.