One of the most staggering results in physics – that neutrinos may go faster than light – has not gone away with two further weeks of observations. The researchers behind the jaw-dropping finding are now confident enough in the result that they are submitting it to a peer-reviewed journal. "The measurement seems robust," says Luca Stanco of the National Institute of Nuclear Physics in Italy. "We have received many criticisms, and most of them have been washed out."


It is a remarkable confirmation of a stunning result; but most physicists remain skeptical. That seems the most probable outcome of a release of new data expected on 17 November from researchers with the Italian OPERA collaboration, who say they have confirmed their controversial finding that flighty subatomic neutrinos can travel faster than light.

Time to RE-re-write the history books!

Ya know, science is always changing, and I can't wait to see a final verdict on this one. Part of me wants to see neutrinos emerge victorious through the skepticism. I don't want Einstein to be made a fool of either, but exceptions to rules always gives that little extra hope to let your imagination ponder that which is regarded as "impossible"

posted on Nov, 17 2011 @ 09:20 PM
link
i still believe the only reason we haven't made so many new and very progressive breakthroughs in physics is because of the suppression Tesla's theories and ideas my Einstein and others like him that wanted nuclear power to be the wave of the future when it has so obviously failed and stained the planet so horrible especially when you think about all the problems we are having right now with nuclear power. I say eff Einstein, give back all of tesla's research to the people and start thinking of moving the world in the right direction and this is obviously the first step in the right direction of free, clean, and infinite energy

posted on Nov, 17 2011 @ 10:09 PM
link
If i am correct in assuming that this still doesnt violate special relativity in any way due to neutrino's being chargless. They may appear to transmit information faster than light. According to the no-communication theorem these phenomena do not allow true communication; They still do not convey energy or information faster than light.

Originally posted by Samuelis
If i am correct in assuming that this still doesnt violate special relativity in any way due to neutrino's being chargless. They may appear to transmit information faster than light. According to the no-communication theorem these phenomena do not allow true communication; They still do not convey energy or information faster than light.

It would actually have to be massless to not violate relativity. You can't transfer mass faster than light. That would require infinit energy. If I can detect the neutrino then I can certainly set up my FTL comm.s system.

I never did like relativity theory anyway. It's nice math but what is the mechanism or reason that the velocity of light is invariant in all frames? Time to revive the ether theory. Einstein ended up recreating it anyway with general relativity since space-time is constrained in some manifold. What's that manifold and why does it exist ?

There are many factors involved, here - not the least of which centers around the peculiar nature of special relativity.

Many of our concepts intrinsically link space and time - an archaic philosophy that has, in my opinion, required a fundamental restructuring since the explosion of research into subatomic particles and cosmological phenomena.

Causal violations simply don't pass the common-sense check. It's like trying to divide your income by zero and produce infinite money for yourself - it looks plausible on paper, but doesn't really have a real-world operand. The same goes for some kind of faster-than-light phenomena - a causal violation can happen on paper, but not in reality (unless you are somehow shifting through parallel universes - supposing such a thing is possible... in which case, you're in virgin territory with no real rules to apply, you're just along for the ride). Causal violations only take place when you take the concept of micro-time and apply it to macro-time.

To illustrate - objects near the edge of the solar system are -aging- at a different rate than an object in a close orbit about the sun. They are not traveling "into the future" any more than we are traveling into the past relative to them. Things simply take place at a slower pace, here.

Thus, we can look at velocity, gravity, mass, and the respective relationships of the three to all be entropic in nature, as opposed to temporal. This greatly simplifies the concepts of relativity and creates a much cleaner alignment with quantum mechanics. It also pretty much makes the concept of time travel and causality violations moot - as they simply cannot happen. There are universal maxima and minima in place that preclude a quantum description of the macroscopic universe and adopts a "turn-based" physics model.

In such a model - information and reality become synonymous and time is merely a function of possible states the next and previous turns can encompass. Innumerable as they may be - each one represents a distinct and unique possibility. "Time" is merely our progressive experience through these states.

Sit and think on that one for a while - and Philosophy takes on a whole new importance...


We need a thread about the implications that FTL neutrinos may have and future tech that could be derived from this seemingly new reality.

and the most significant impact off all.......

ALIENS CAN EXIST !!!! no moore exuses for to long distances to travell for them ..

I am no physicist, but it is my understanding that quantum entanglement had already opened the door for FTL communications, it is only a matter of finding a working protocol since entangled is dependent of correlations (source and destination talking).

I made this joke about it. Apparently they forgot to account for an obscure type of relativity. Even though I was joking around, I did think they had worked out the problem. Now it seems like they haven't.

Bob: HOLY CRAP! All our calculations indicate the neutrino can travel FTL!
Jim: I can't believe it...this is going the shatter to theory of relativity!
*6 months later*
Bob: Jim...I think we forgot to account for relativity...

Now what the neck do we do with them?

Anyone see a practical application for this new knowledge? What can we do with these neutrinos'


Mmmmm, thanks for the link, thats interesting, because I like many was hoping for this brave new frontier of neutrino kind, but after reading your link, I'm all the more confused, as it does seem to make sense, and with the instruments being in space, we know that there is a disparity between time on Earth, and that in space.

So I guess the question for me is having read the source on this thread, is one of the things yet to be reconciled connected to this issue ? (The whole time difference, not just because the Earth and the experiment were moving closer towards each other, but the fact some of the information relating to the experiment, did come from satelites sitting in space) .

Or has this all been reconiled,I'm sure it probably has, and I haven't read properly (always a likely lol)

posted on Nov, 18 2011 @ 05:07 AM
link
I have no idea exactly where or when, or in what, but about 18 years ago, I'm positive I had read of experiments showing FTL results from observations in "Cloud Chambers". To this day, I wonder where I read it and why the results weren't as groundbreaking as they should have been.


That was never more than a catchy headline, the problem was never solved and it was actually rebutted by OPERA scientists.


Okay, so Neutrino's still in play

Third line because the second was just riddiculous


Maybe, for now at least. It shouldn't still be taken as confirmed just yet, I imagine it will still be quite some time before any real answers.

Here is the updated paper if anyone is interested.
arxiv.org...

posted on Nov, 18 2011 @ 05:42 AM
link
Insanity is doing the same thing over and over and expecting to see different results.
-Albert Einstein


So say the neutrinos can go faster than light, what would that change in our lives? Is there any application to it or would it just be a cool, random "did you know..."? 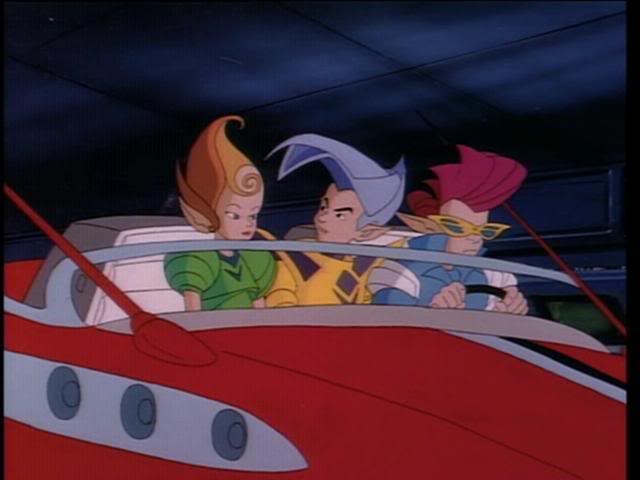 Can this be a way to understand the space between space