Flooded with Chemtrails All Over Portland Oregon!! PIX

posted on Nov, 16 2011 @ 06:13 PM
link
I took these photos yesterday around 5 pm on 11/15/11 with a Iphone 4.I was amazed to see so many Chemtrails in one spot! usually i see one or two but this time it was so many. It was a beautiful day clean air nice fresh air and a little cold. One of those days you walk outside and you feel great until you look in the sky and get disguised by the Geo-engineering Chemtrails!!

Here are the pics first 3 were taking at the bus stop. First one was more to the right you can see 2 chem trails and there is a 3rd to the right of the tree. Sun is to bright so you cant see it until you look at the second pic which was taking slightly to the right. 3rd pic is looking more right as you can see the power lines line up. 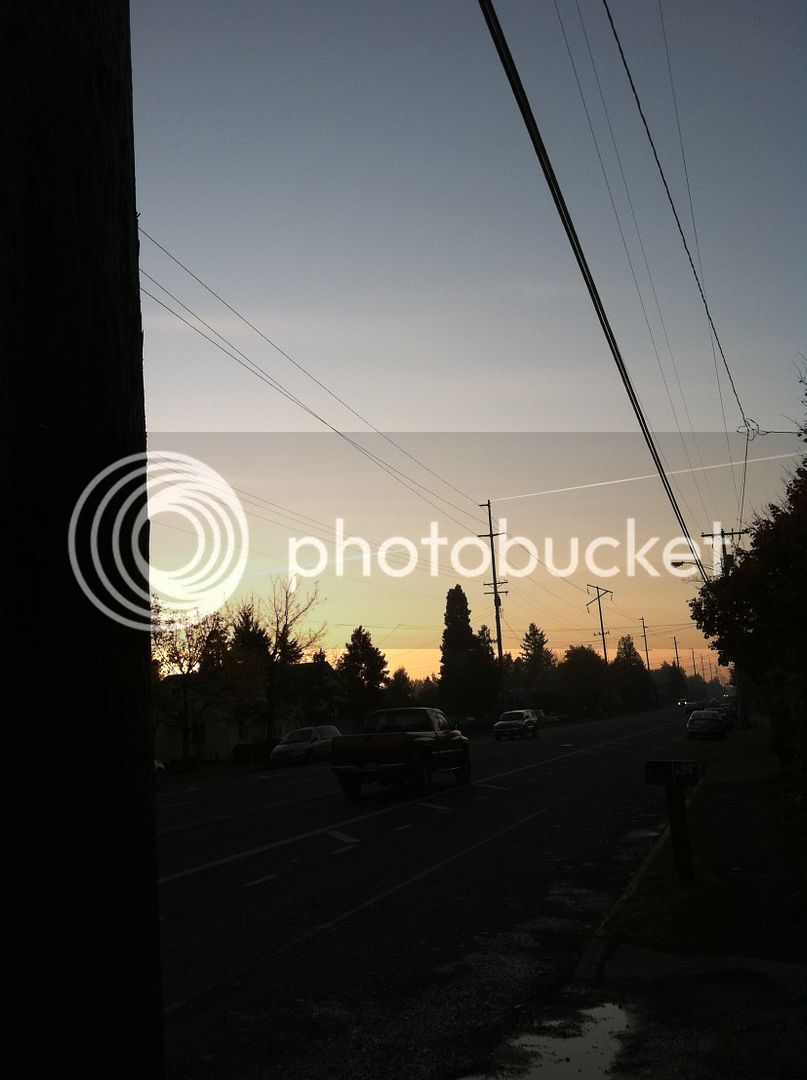 Above pic there was 2 chemtrials you cant see the second one.


as i took the bus and went down the road about 22 streets and got off to hop a MAX i saw even more!!


Looks like you had quite a lot of cloud around there yesterday - you were lucky to get that much blue sky...

Hey, here's a novel idea! Why not take a bit of time and review this Forum, and just a couple of the threads??

Or, how about spending a few hours and self-educating here:

Contrails, on Wikipedia. Of course, some don't "like" Wiki, but here it is anyway

(PS...the iPhone 4, huh? Looks like it takes decent photos, for a telephone! LOL)

Originally posted by pavelivanov22
I was amazed to see so many Chemtrails in one spot!

It's sad to see so many gullible people falling for such an easily-refutable HOAX. But, at least we know that it's an education problem when it comes to this subject. If everyone would've had the same education in the most simplest and elementary aspects of meteorology, chemistry, and physics, then this HOAX wouldn't even exist.


Your "location" being listed as "Nibiru" tells me everything I need to know.

All you need is a pic of your pet pooch smothered in "chemtrail dust" and you're all set.

However, I do have a few questions I'd like to throw out to those non-"chemtrail" believers that never seems to get addressed:

Based on the number of flights over the US, how many are short-hop, commuter flights NOT-consisting of the 747 (four engine) based platform?

As for the longer haul, continental flights, how many of those are actually using the 747 type platform?

Now, out those flights that might be using a 747 based configuration, how many are really going to be flying criss-cross patterns all over the US?

Do you see where I'm going with this yet?? EVERY single plane I've ever witnessed leaving a persistent trail like the ones shown in the OP are four engine based platforms, never twin engine planes.

Can anyone explain to me why these type of trails are not observed coming from any DC, MD or other 700 series type planes when they should be the predominant plane in the air?

posted on Nov, 16 2011 @ 07:07 PM
link
Still waiting for contrail pics left by
Air Force One.
If Contrails are just created and unavoidable
as you all describe, we have had many Presidents flying in the most powerful advanced planes,
that should kick out more water vapor then the average plane.
So why can't you show me a contrail or two left by Presidents?

posted on Nov, 16 2011 @ 07:10 PM
link
And don't give me the response as you did in all other threads,
That it need its own thread,
it is contrails, or not, or leave contrails out of all chemtrail threads.
Because we already agreed they add chemicals to hide contrails in how many threads?

posted on Nov, 16 2011 @ 07:14 PM
link
So unless you can show me pics of contrails left by Air Force One.
We will know that Contrails can be eliminated
and there is some plan to block our sun.


well some of those "clouds" are chem trials.

Originally posted by surfinguru
Do you see where I'm going with this yet?? EVERY single plane I've ever witnessed leaving a persistent trail like the ones shown in the OP are four engine based platforms, never twin engine planes.

I see a lot of SouthWest jets leaving contrails here. All two engine.

But the number of engines is not really a factor in contrail formation. They type of engine itself its a small factor. Most important is the temperatur and humidity.

You can change the city in the lower left. Then expand the map, and hover over a plane to see the type. Pick the green planes as they are the flyover planes. The second code on the first line is the aircfraft type. If you can't figure it out (e.g. B733 is Boeing 737-300, a twin engine, pretty common for SouthWest) then click in the plane and it will give you the full details.

posted on Nov, 16 2011 @ 07:20 PM
link
yes unusal patterns i will agree but a top secret mass poisoning of the us population? No! Not many could keep that secret knowing they are poisoning thier own family and friends (not possible). Second no reason for it we poison ourselves everyday voluntarily hahah they keep us thier cash cows fat and submissive no need to poison are air slowly not cost effective anyways! There's another reason if any for the unusual patterns


Based on the number of flights over the US, how many are short-hop, commuter flights NOT-consisting of the 747 (four engine) based platform?

Do you realize how much effort is needed to provide such a break-down in statistics? The most easy option is for anyone who wishes to just Google every airline, on their websites, and look up their fleets, to see the types they operate. Or, this site (which covers every airline in the world) also has the actual numbers too:


As for the longer haul, continental flights, how many of those are actually using the 747 type platform?

Again....in majority of cases, a 747 is best suited for the extreme long-haul...so, mostly overseas.


Now, out those flights that might be using a 747 based configuration, how many are really going to be flying criss-cross patterns all over the US?

The routes will occasionally intersect. But, besides the 747, the other common four-engine airliners are the Airbus A340 and A380. However, even the many, many twin-jets can leave substantial contrails, when conditions are suitable.


EVERY single plane I've ever witnessed leaving a persistent trail like the ones shown in the OP are four engine based platforms, never twin engine planes.

I seriously doubt this.


Can anyone explain to me why these type of trails are not observed coming from any DC, MD or other 700 series type planes when they should be the predominant plane in the air?

Well...first, few DC-9s and DC-10s are around anymore. Secondly, in the case of the MD-80 series, for instance (American and Delta still have a lot of them) the engines they have installed are a low-bypass fan design. These tend to not make prominent contrails as often as the more fuel-efficient engines that are high-bypass fan designs.

Third, the MD-11 is (like the 747) more suited for very long-haul. In the USA, FedEx and UPS are primary operators. (Delta used to, but parked or sold them).

Keep in mind that some International airlines are allowed to overfly the USA...in their MD-11s, 747s, A340s and A380s, etc. It is covered under the term "cabotage"...you can look that up. Essentially, they can sell a ticket from, say Sydney to New York. But, if they don't have the route authority granted to them to operate a non-stop to New York, they can use the route from SYD to LAX, and land there. Then, continue on with any passengers who wish to keep going...but, the International (foreign) airline cannot sell tickets for the domestic leg between LAX and New York. That is "cabotage" in a nutshell......

posted on Nov, 16 2011 @ 07:29 PM
link
Both sides can't handle the truth,
they just want ignore the facts and argue amongst themselves!
We have seen the truth but chemy's and con-trailers look the other way.
Its sad how people think today, and try to keep facts out of what they see, or don't see.


What the heck you talking about??

Because we already agreed they add chemicals to hide contrails in how many threads?

You are confused. The discussion was about the so-called "stealth" jets, and the need to keep them from being obvious....hence, the term "stealthy".

Contrails would be an obvious handicap to "stealth", so some ideas were suggested for those types of jets only that included some sort of chemical to make contrails NOT form! This chemical proved to be too volatile, and too hard to handle, maintenance-wise. Caused corrosion, and other issues.

Detecting the outside environment that allows contrails to form means the stealth airplanes can then change altitudes, to avoid making the contrails.

Yes, the "truth" is in the science and logic and facts.

Not the myth and hoax of the "chemtrail" hype.

So do you have pics of Air force One Contrails,
or are they able to add chemicals to its contrail,
or dissipated it, so it can't be shot down?
simply question.
It is a passenger jet converted for his comfort, so if they can conceal contrails with chemicals, it kinda blows your contrails are harmless posts.
And what kind of chemicals are used to protect
Air Force One?
Or are you telling us it can be seen and shot down?

posted on Nov, 16 2011 @ 07:52 PM
link
Dude you know there is a massive airport in portland right which also includes a bunch of national guard aircraft to.? I live in portland myself and as anyone who also lives here can see there is a TON of airplanes flying around here all the time.
Combine that with the freezing ass cold weather we've been having and I'm sure you can come up with a logical reason why there is so many CONTRAILS in the air lately. I've seen many chemtrail threads about portland and just have to laugh. Come on man... I'm not gonna say there's nothin to the whole chemtrail thing because I can't say with a %100 certainty that they are not real, but when your standing in the cold a few miles from a huge airport screaming about all the chemtrails above you...come on...seriously man...come on.

I'm pretty sure there's some reasonable logic floating around in your head some where, you should try capturing that and using it so you don't make such a fool of yourself again. Just sayin...