If Jesus was depicted as black...

posted on Nov, 16 2011 @ 06:05 PM
link
As we head towards Christmas i always recognize and remember how christians stole pagan traditions/holidays and twisted them into there own version - and then claimed their book was gospel for all people.
But when i think of this, and the hundreds of years that Christianity dominated the western hemisphere, i have to wonder, If Jesus was depicted as a black male, would christianity have survived at all??

Personally, i think it would have died out pretty quick, Which to me also suggests that Jesus was intentionally drawn and painted white in order to gain and maintain followers - More followers, more control.

This question isn't important in the whole scheme of things. Its just a passing thought that ive never really talked about with other people, would quite like to know what others think, No flags or stars necessary.

Originally posted by davidgrouchy
Well then I'll answer the best I can from my own personal perspective.


To funny for ATS

posted on Nov, 16 2011 @ 06:14 PM
link
Um he was semetic.. as far as anyone knows anyway. Which leaves both caucasian and black as highly unlikely.

I've never understood the controversy over this.

posted on Nov, 16 2011 @ 06:17 PM
link
I have thought about this too....it bothers me every time I see a "traditional" painting of Jesus. I find it ridiculous that he is portrayed as a white man with light brown hair, blue eyes, and caucaision features. He had to be dark complected, and in the Bible, he is said to have hair "like wool", and he most definitely wouldn't have blue eyes. I don't think that would have affected his popularity at all....especially since all of his apostles and followers in the beginning were not white either.
edit on 11/16/2011 by StealthyKat because: sp

Originally posted by StealthyKat
He had to be dark complected, and in the Bible, he is said to have hair "like wool", and he most definitely wouldn't have blue eyes. I don't think that would have affected his popularity at all....especially since all of his apostles and followers in the beginning were not white either.


Perhaps not in the beginning of things, but do you think Christianity would have survived and thrived for hundreds of years if jesus and his apostles were depicted as black?
Its almost like its a question of someone's faith - If you truly believe in this religion, do you accept the possibility that Jesus was black? And although technically it makes no difference at all, humans are fickle minded sometimes and racism, im sure, was as alive back then as it was in the 1950's/60's, a time when they would have NEVER considered Christ to be anything other then a white Caucasian male.
edit on 16-11-2011 by SearchLightsInc because: (no reason given)


I don't care if Jesus was/is black. Not sure how it really matters.

But what color would his halo be?

I think Jesus's Public Relations firm did what they had to do.
edit on 16-11-2011 by ILikeStars because: (no reason given)


Personally, I think Chris Rock said it best in "Dogma."
"A Black man is good enough to steal your car, but not good enough to be your savior." I think that sums it up pretty well. But seriously, if you look at the area from whence he came, the men are Black, and have coal black and kinky hair and beard. You are right too, SearchLightsInc, the better he looks, the more followers, and the more money and control. 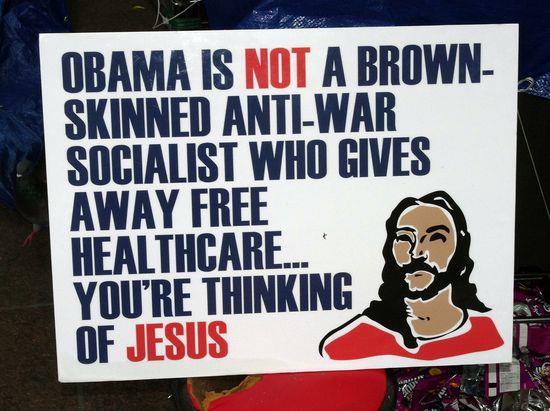 Way to win a popularity contest!


You are correct......I can only speak for myself....it would not have affected what I think about him. I'm not religious, but I do think that Jesus was a great man. But yes, I think you may be correct (sadly)....you only have to look at those "traditional" paintings to see it. But there is no doubt that he was dark skinned middle eastern ....not white. The people who follow or not follow him and his teachings based on race, apparently don't understand his message to begin with, and therefore, not true Christians.....that goes completely against his teachings.


I'm a Christian, and I'm pretty sure Jesus is a short(ish) guy that looks Middle Eastern. I could care less either way though, doesn't change anything.

posted on Nov, 16 2011 @ 07:21 PM
link
Yes, He and Moses were darked skinned people; back before the widespread mixing of races occured.

Who cares. Humans are humans.

posted on Nov, 16 2011 @ 07:47 PM
link
Well, even Jesus being dark skinned is still controversial. The Irony of people to admit he was Middle-Eastern is when one tries to suggest he must've looked more like Osama Ben Laden or Sadam Hussein and watch the reaction lol! With so many "christians" personifying Jesus, something's got to give and if all those confident believers are waiting for his comeback they must also be ready for what he might look like( including alien)
edit on 16-11-2011 by Exv8densez because: (no reason given)

Yeah, these paintings of Jesus.... Are just so far off and I think it has to do more with the European influence of the religion in the 14-1500's....

He was painted to look European because that is what those painters knew.... And perhaps the image just sort of stuck...