My dreams of flight.

posted on Nov, 6 2011 @ 09:21 AM
link
For as long as I can remember I have always had a dream every night I sleep and it is probably the reason why I sleep alot I enjoy dreaming, however there is a part in my dreams that I always have had and is the greatest part of them I have learnt how to fly!

Yes i know its a dream woopee! but heres the thing I can feel myself channeling and focusing on flying when I sleep like I'm actually learning to fly now that i've got to say is very cool.
Now like many people I have had apocalyptic dreams of missiles and meteors and asteroids hitting the area around me but as soon as something such as that comes along ...Im flying away as fast as i will it but not too fast because it hits my nerves a bit to go too high or too fast but it has become the way i've adapted to my dreams and it is a great thing.

Now to why I'm telling thousands of random people this,
I would like to know why it is lately i've been getting very good at this i feel like my mind (in the dream) is now pushing this dream flight where as before i felt as though i was physically flapping my arms and pushing with my body.

Sometimes in actual life i feel a connection to the dreams as though i can actually do it but i'm not patient enough to even try.

Now heres another thing in my kindergarten when i was maybe 2-3 I remember (i know i was awake) I was standing next to a playground when suddenly a lifted maybe a foot in the air i remember trying to will myself higher which resulted in me dropping instantly now i know this is crazy but i know it happened.

Any thoughts or comments welcome please if you know anything about this type of thing help me out.


Sorry about that I accidentally posted the title before i wrote anything well its up now.


No probs. I clicked on this thread coz I too have such recurring dreams from childhood, where I fly - not on a plane or any other vehicle - but by myself, like superman. I even remember how I saw my home town from high above, when I was a kid. Later after many years when Google Earth came, I was stunned to see that what I saw in my dreams was almost the same!


Haha wow thats amazing I was and still are too afraid to try to go that high even in a dream but wow.
Yer it does feel a bit like superman doesn't it =)
Im trying to find anyone whos done the same thing.
Thanks for the reply =P

Yes, I had flying lessons in a dream. Large room, pillars, 30 maybe 40 foot ceiling, a teacher with long robes. He taught me to move the energy from the lowest point in the spine, upwards. He had me stand against a column and try it. It was like a baby learning to walk. Teeny steps, bigger steps, and finally walking steps - except flying. No arm flapping at all. Eventually, I flew from the column to the center of the room. I was so excited, when I woke up I stood against a wall to see if it would work.

Anyway, yes, flying became a natural, everyday part of dreams. Yes, for years it was always mind-channeled, the mind forcing the energy to rise the correct way. If I lose concentration, I lose altitude. A moment's doubt or fear would cause an altitude decline.

Finally, it became natural and I met other flyers. The flyers all wore long robes like my instructor years before. Then, I met the "Leader" of the flying group and he had one eye of light (like a head beam on a car) and one eye dark (no light, like normal). This disturbed me greatly. I left the flying group.

Now, many decades later, I run on air (one foot off the ground) for fun, fly when I need to reach something like the top of a skyscraper to look around, or walk.

I also got teleportation and invisibility teachers in one dream, a demonstration. A man/wife, normal dressed couple. They said invisibility was the easiest thing to learn of them all and is last to learn. It depended on the other disciplines. Then, they taught me levitation on a bed of nails. You mind push toward the ground/earth - rather than trying to allow yourself to float. Make yourself heavier. Then the gravity repels you and you rise.

Okay, so I mastered in dream levitation; but, the teachers forgot to come back and teach teleportation and invisibility.

Applying what I learned in flying and levitation (IN DREAMS) - it's all the opposite of what I would have tried if trying to teach myself. Mind controls the movement via controlling the energy flow in the body.

Sure hate having to wake up sometimes!
edit on 6/11/2011 by Trexter Ziam because: correction


Beautiful post thankyou.
yes i find it amazing how the fear or doubt makes one lose altitude although in your case i find it amazing you had instructors now that is something I never had that I just well did it (not very well mind you) but i did it that is some cool stuff i wonder if practiced well enough if it could be possible to push past the dream into reality one can only hope hey?


You didn't "need" a teacher. You were a natural.

Pushing it past the dream into reality, well, perhaps that's where afterlife beliefs come in?

Yes, it sure would be cool if we could do that while not dreaming.
edit on 6/11/2011 by Trexter Ziam because: add


Haha well thank you for the compliment.

hmm well ive heard of a man becoming an angel in religious legend if he can become strong enough to fly im sure someone else will one day too until then.

We can only dream i suppose.

posted on Nov, 6 2011 @ 01:33 PM
link
One question I've had for years after finding out a majority of people have had at least one dream where they could fly.

Why have I never flew in a dream?

Never dreamt of Superman type flying, getting on a plane or helicopter, nothing. Makes me wonder if there might be something wrong to have never experienced it while everyone else has by the look of it.

My dreams are always realistic as if I'm reliving something that happened in life even though it only ever happened in my dream. Half of them come true eventually and a tiny percentage are fantastical in nature such as UFOs and such but no flying at all.


Haha i'd feel more gifted if i had dreams like yours to know what may happen soon would be a great thing, but indeed it is a great thing also to dream of flying perhaps you will have one soon one can only hope.

Originally posted by RazielRabencuuk
I would like to know why it is lately i've been getting very good at this i feel like my mind (in the dream) is now pushing this dream flight where as before i felt as though i was physically flapping my arms and pushing with my body.

Before seems like a normal dream, you were flapping your arms having fun, and you had a vivid memory of that dream when you woke up. There's a difference.


About dreams becoming reality, who knows, maybe one day !!


Duuuude that is ....AWESOME why didnt i ever dream that 1 XD XD

posted on Nov, 18 2011 @ 10:30 AM
link
reply to post by RazielRabencuuk
I can fly too, my husband cannot not and neither of my daughters, but all my siblings can it's just like superman never flapping arms but i can only get as high as above tree tops, I believe we've lost the ability to do this and that it depends on which alien race we came from all those years ago, I think i'm from the annaiuki tribe yep spelt that wrong and I think I'll be going back to them in 2012 they are my family after all so they will come and get me (yep I'm a nutter) but a happy one so I don't need any trolls replying to me thanks as I WON'T respond back to you.


Thank you for the response, The lately i've been getting stronger i can do it by just thinking i can go higher and faster at will, I understand what you mean there are many a race we each could have within us perhaps 2012 may provide answers.

Not sure what it all means though.

This thread also reminds me of a comic strip.....

Every night I have the same dream

'The moon is so bright' 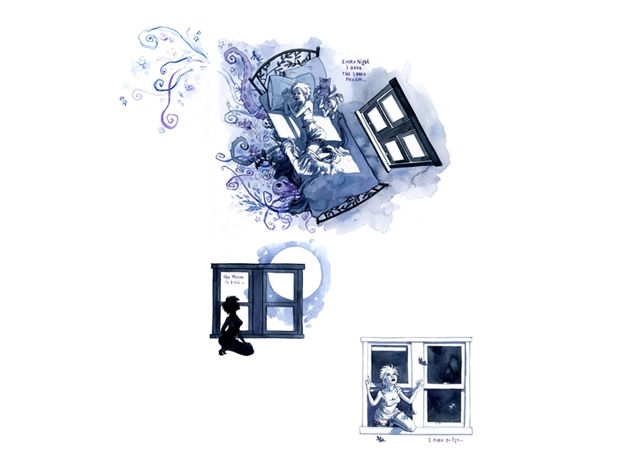 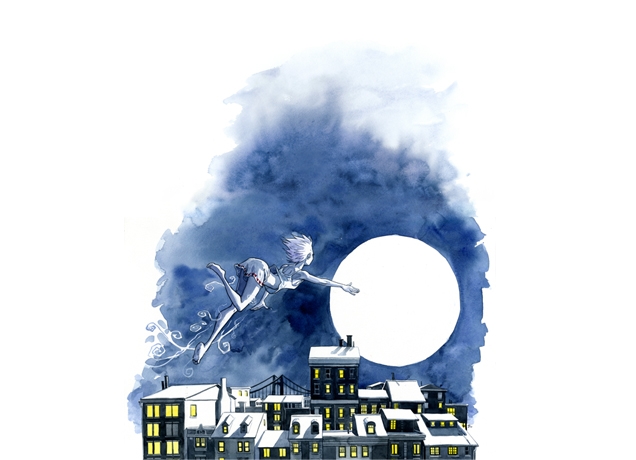 The reaslly neat part was it was also a dream within a dream!

In the lucid one at first i remmber somehow my arm fell off, and I was walking around with it, when i looked at the socket it was like an action figure socket i guess, no blood. I was thinking about how everyone Is walking by had to look at my bloody arm hole haha

Anyways I started to stagger, i guess i realized my arm had fallen off nad that should be traumatic, anyways I stumbled one way then when i stumbled back i guess i jumped, but i was looking down as I passed over a bus, i was thinking i shoulda caught that bus, then it clicked....how can I be over top a bus! I am dreaming!

Boom! my arm was back on, and I was flying around !!! I saw a pole and grabbed it and looped around, I was flying all over, it was amazing... then I woke from that dream into another dream,

I thought tthat was was not a dream when I woke from the flying dream, and I was saying I had a lucid dream haha, I cant remeber exactly how the rest of that dream went, but then I woke in my bed... was very cool

anyways hope it happens again, more the lucidity not the dream in a dream haha