It All Ends Wednesday

posted on Nov, 5 2011 @ 02:26 PM
link
Has anyone ever noticed the difference in writing September 11th and November 9th in numbers; 9/11 and 11/9, depending where you are using it, AboveTopSecret using the 9/11 form, then the year 2011. I hope there is no sort of terrorist attack anywhere, and there may be some irony in whatever happens, such as Saudi Arabia going to war with Iran. After September 11th, 2001, November 9th, 2011 is ten years and sixty days; sixty days being two cycles of the moon; a double, hence the second; and don't forget it will be nearly a full moon. The moon is associated with Islam because of its lunar calendar and Ramadan, and some even believe their god is a moon god descendant from the religious beliefs of pre-Islamic Arabia; the meteorite contained in the Kaaba, held in silver which has long been associated with gods of the moon. If something would happen on Wednesday it might catch people by surprise, since after nothing exciting Monday as some think, and Friday is anticipated because the date will be 11/11/11, Wednesday 9/11/11 or 11/9/2011 when writing month/day/year will be in a certain way the tenth anniversary of the September 11th, 2011 attacks. World War 3 could either begin OR end that day, if future generations write the history books how they want.

I don't want this to be a "9-11 Truth" discussion. This is about the symbolism in numbers and dates. The Battle of Vienna began on September 11th, 1683, after two months/moons of Ottoman rule.

Please add something intelligent, or your own theory.


Now I am really confused.

I thought it all ends on Monday.


Now I am really confused.

I thought it all ends on Monday.


Monday got called off, it was only Nov 7th.
If Wednesday gets called off, 9/11 or 11/9 depending on your location, we still have Friday to look forward to 11/11

posted on Nov, 5 2011 @ 02:43 PM
link
Well next week we see the U.N report on Irans nuclear capability together with the numerology mentioned and the collapse mentioned for monday even though i dont fully understand it, i beleive that at any point next week something major will happen both with war and finance. 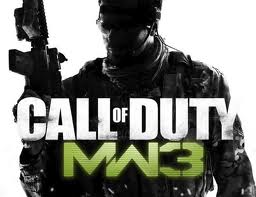 And I am going to be on the frontlines fighting with ma popcorn!

posted on Nov, 5 2011 @ 02:51 PM
link
I hope something does happen, but I doubt it will. Every week is so full of predictions, but nothing much happens

Wednesday starts whatever this is with the EAS drill. Thursday is a full moon plus much of the military will be dismissed to enjoy Veteran's Day leave. Friday is a 33 day in numerology. Saturday is a 9 day in numerology.