Genesis! What would you change?

posted on Nov, 3 2011 @ 07:20 AM
link
"In the beginning God created the heavens and the earth. Now the earth was formless and empty, darkness was over the surface of the deep, and the Spirit of God was hovering over the waters.

I present you with a thought experiment, it is not intended to provoke a theological debate and I would like to hear from atheists and theists.

So, in light of modern discoveries in geology and biology, tell me what would you change in genesis to convince the masses that your word truly was the word of god.

Please also provide why you think you edits to genesis would help convince the general population.

Remember, this is just a thought experiment.

I will start with a short sentence added to the end of the second paragraph above stating, "and the earth turned slowly". This would add weight to the creationist argument regarding the length of a "day" when referring to “the first day, the second day...etc”.

Have fun and keep it friendly.

Link to Genesis www.biblegateway.com...
edit on 3-11-2011 by idmonster because: (no reason given) 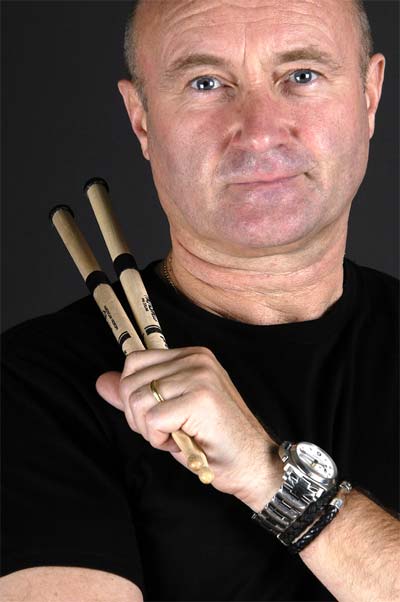 I'm not big into all of this so just to break the tension before it gets bananas in here I will troll.

I actually look forward to the discussion!
edit on 3-11-2011 by Absco because: Dude, peanut butter mayonaise

I'm not big into all of this so just to break the tension before it gets bananas in here I will troll.

I actually look forward to the discussion!
edit on 3-11-2011 by Absco because: Dude, peanut butter mayonaise

posted on Nov, 3 2011 @ 08:20 AM
link
I would not have allowed the snake in the garden. God is infinitely more patient and understanding than I. Lucifer would have said "I will be as the most high" and I would have smote him immediately. Then I would have asked if anybody else was unhappy with their position.


Actually I would have changed Peter Gabriel faster then what happened. I love his solo works but seriously, when he was with Genesis playing live shows, he was amazingly off key. He moved a lot more then Phil, but Phil Collins is close to the perfect pitch 99% of the time.

Originally posted by idmonster
So, in light of modern discoveries in geology and biology, tell me what would you change in genesis to convince the masses that your word truly was the word of god.

John 1
14And the Word was made flesh, and dwelt among us, (and we beheld his glory, the glory as of the only begotten of the Father,) full of grace and truth.

The Bible is a compilation of writings by various men describing historical events and legends and their personal interpretations of those occurrences. Some of it is accurate, some of it is not. Some of it reflects God's will, some of it does not. It must be read with discernment and taken in context, not wielded as a weapon to bring pain and destruction on those who do not believe it. This is what I would tell people.

OK you asked for it.

"In the beginning, ET arrived to Earth from the Heavens in their fiery chariots and descended to Earth in all their marvellous splendour.

After setting about creating a replica of their home, a great garden in which the DNA of flora and fauna they had brought with them was engineered into viable life and spread around the great garden, and they created a virtual home from home, an ET Utopia.

The ET's lived in their grand garden for a period of time, and set about detailed surveys and in depth explorations of this new planet they had come to colonise. They collected native samples of life, both plant and animal and found that the dominant lifeforms, a huge array of large reptilian species, were too much of a danger to themselves and their plans for this planet, so resolved to eliminate the genus, which they did.

Afterward, ET began deep analysis of a specific animal they had collected. A primitive bipedal vertebrate, that was humanoid in appearance, vaguely similar to their own physical form, but much less advanced and possessing on instinctual limited intelligence.

ET realised that this species could be adapted and could become useful additions to their garden as workers and perhaps eventually, even companions.

The humanoid species' DNA was taken and engineered, together with the addition of ET's own DNA, a hybrid species was produced and it was found to have been a successful endeavour. The creature now much more closely resembled their creators, the ETs, and had gained a higher intelligence and could be trained to perform menial tasks and even taught to communicate with ET, albeit only on a primitive verbal level.

Millennia went by, and ET although once pleased with their creation of the companion / worker hybrid, had become displeased at some of the traits increasingly being shown by them.

Their intelligence level had been too great, an unanticipated situation that grew as a result of this higher than expected IQ, was revolution.

Their creation had rebelled against the slavery and subjugation imposed by their ET 'masters', and sought independence and self determination to roam the Earth and grow as a sovereign species.
ET acquiesced to these demands, and allowed the creatures to take their own path...for a while.

More millennia went by and back on the colonising ET's home world, their leaders were unhappy at the turn of events taking place in this remote 'outpost colony'. They had noticed that during the years since the ET's had allowed their creation to rule themselves, inevitable and inexorable moves were being made to make war and oust the ET's from the Earth. Plans were then set into motion, to collect save samples of the more valuable or rare species' DNA from the entire planet, and then 'sterilise' the Earth and purge the unruly homonid/ET hybrids.

A large asteroid was again used for this purpose, as it had worked so well for the large reptiles, it was reasoned it would also work well for the others. A large asteroid was steered towards a chosen area and a massive, three mile high tsunami raged inland on every continent where the disobedient and rebellious creatures dwelt, and wiped the land clean.

Although assumed to have been successful, a faction within the Earth dwelling ET's had disobeyed it's leaders and had saved a relatively small sample of their creation, and aided them and ensured the survival of the species during the period before and after the disaster. The years again rolled by, and ultimately again the hybrids became warlike, and this time they succeeded in overthrowing the ET masters, and claiming the Earth for their own.

And here we are today....talking about it online.

Originally posted by rick004
I have a question . I have heard of tribes in the Brazilian rain forest that have never or have little outside knowledge of the civilized world . They have their own little existence on this planet and are in tune with nature and their surroundings . My question is are they doomed to an eternity in hell because they do not believe in a Christian or Muslim god ?

Is this a sugar-Cain & Able question ... Or more like a extraterrestrials from another planet Holy One... since its such a hotbed in hotel room 999/666 for Meet & Greets

Galactic Level Question;... Would there B+... A word of God/Original source code... if it wasn't for MO!Ola... Paying for the labor and supplies to print a book... or laser/chisel on stone tablets with advanced 'Out Of This World' technology

Jesus(aka?) said/says, "The Pharisees and scholars have taken the keys of knowledge and have hidden them.
They have not entered nor have they allowed those who want to enter to do so.
As for you, be as sly as snakes and as simple as doves."(so where is the other Real Book Of Gen"I"sis )

Mr X-ULTRA/MASTER-CLUE-KEY... opening the hotel room 999/666... and looking inside to ALL SEE... how messy the guest from another planet where ... God/Orginal source code... must of been in the Bio-Computers book of genesis perl programmers real... rosetta stone Z-DNA language heXing code ... Second coming in the edits

P.S.
For as the new heavens and new earths, which I will make,
Shall remain before Me, saith HaShem, so shall your seed and your name remain.

I'd rip out King James deity and put the correct one back in.

There are MANY Semitic Deities. "Gad" was the deity of Fortune.....King James was having money troubles and got everyone to start praying to that deity. When he created the new English word in 1610....God.

Greek form of the Hebrew Y'Shua or Yeshua (Yahweh is Salvation), a common Hebrew name at the time.

I wonder about the past tense.

God "said" let there be light.

Why doesn't it say, God says, instead of said.
How can the eternal be past tense.

Shouldn't it be more like "Thus sayeth God, 'Let there be light.'"

It's not like the charter for light has ever been revoked. Like it was said once, way back then, and we are handing down a tradition of light in a world where it no longer exists. I mean there is light everywhere.

Or is that the point. That there is a past tense to all of creation. This continually floating reality that is ever changing yet ever the same. I don't know. Maybe it would be nice to say something once and have it actually become effective in perpetuity.

Originally posted by Pervius
There are MANY Semitic Deities. "Gad" was the deity of Fortune.....King James was having money troubles and got everyone to start praying to that deity. When he created the new English word in 1610....God.

I would give Adam and Eve a few daughters to go with their sons. It would make everything so much more believable.


Phew! I was begining to think that the whole point of the thread had been missed.

Thanks for the coherant ond on topic reply