Congress fights off evil attempt to change the national motto to "In Satan we trust"!

posted on Nov, 2 2011 @ 09:49 PM
link
Wait, what do you mean there wasn't an evil plot afoot to change the national motto? There was not even any talk anywhere in the capitol about changing the motto...

THEN WHY THE HELL WERE THEY WASTING TIME VOTING ABOUT SOMETHING SO STUPID WHEN THIS COUNTRY HAS SO MANY OTHER REAL PROBLEMS!?!

So Who in Congress Voted Against ‘In God We Trust?’

On Tuesday, the U.S. House of Representatives passed a non-binding resolution reaffirming “In God We Trust” as the national motto.

For those in America who believe that faith and religion are under attack, this was likely a welcome development. Others, though, criticized the vote at a waste of Congressional time.

The measure, sponsored by Rep. Randy Forbes (R-VA), supports and encourages the motto’s display in all public schools and government buildings. It was approved 396-9, with 2 abstentions. With 91 percent of representatives voting in favor of the measure, it’s intriguing to look at the 2 percent who voted against it.

Seriously!?! They are gonna call out the guys who voted against wasting congress' time on a stupid measure that ultimately means nothing in the grand scheme of things. What the hell does "reaffirm" mean anyway? Is that Congress speak for "doing nothing but saying that we're working for the benefit of the people while doing it"?

They should give those guys a medal for voting against this stupidity.

Good God, can the idiot Republicans stop pandering to their base for one minute and try to actually address the problems this country is facing? Then again,maybe this is their ingenious strategery; hold up all activity in congress to prevent further laws from being passed that could further threaten the economy or drive us deeper into debt.

Nah, I don't think they're smart enough to come up with a plan like that.

I'm with Alyona on this one.

edit on 11/2/11 by FortAnthem because: ETA: Am I the only one who noticed that the folks at The Blaze need to work on their math?

91 percent of representatives voting in favor of the measure, it’s intriguing to look at the 2 percent who voted against it.

Gotta agree more important things here to be wasting our time on and this aint one of them. 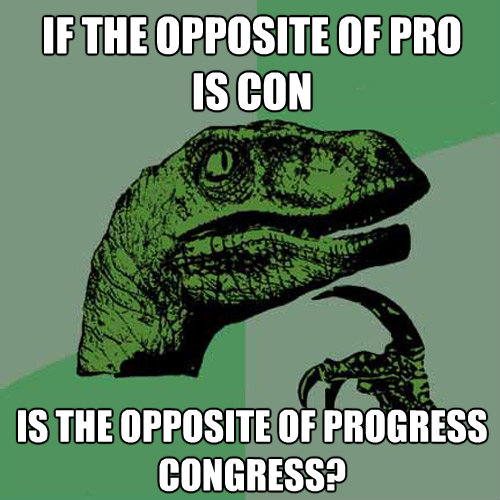 And I would have spent as much time as I possibly could ridiculing it's sponsor and co-sponsors for wasting my time and tax-payer dollars on something so trite.

And I would gladly accept the ire from people that would never have voted for me in the first place.

But that is why I'm not in politics.

posted on Nov, 2 2011 @ 10:12 PM
link
Next thing you know, they'll begin dictating WHICH god they want you to trust. Since the phrase is generally carried on American Currency, I'm guessing we all know which god they meant in this instance.

Edit: Also; Alyona makes sense. and she is pretty. she wins.
edit on 2-11-2011 by floppynoodleson666 because: i acutally watched the video

posted on Nov, 3 2011 @ 07:27 AM
link
The thing that's REALLY outrageous about this whole waste of time is the fact that the whole damn thing was NON-BINDING!!!

That means that they could have gotten 100% approval for that measure and then gone around two seconds later and passed a law changing the motto to "We Are The People of Wal Mart" and there would be nothing stopping them from doing it!

Stop wasting the American people's time congress with stupid measures like this! I'll bet the whole reason behind all this was to set up the folks who voted against this so they would have something to put in their hit ads in the upcoming election season.

Originally posted by neo96
I want to know who those 11 congressman are they must be satanists!

Even if they are - they have a Constitutional right to worship Satan.

In fact, I feel we need at least a few openly Satanic members of congress to balance things out a bit.

posted on Nov, 3 2011 @ 07:38 AM
link
Religion has no place in politics.
At this rate, we may as well declare Jihad every time we go to war.
I'd be interested to see if the ones who voted for it or against it have anything to do with the Muslim Brotherhood. I can smell Isreal all over this. Maybe the ones who voted for the non-binding amendment were trying to make them happy?

If I were part of Congress and was expected to vote on this, I'd have declared my 5th Amendment right and not attended.

posted on Nov, 3 2011 @ 03:42 PM
link
I say we SHOULD put "in Satan we trust" on all the money, for sure! And it should be considered the nations motto as well until we see some changes around here! It can stay on the money for good though. The only way that should change is when there is no such thing as money anymore.


Can't argue with that reasoning. Money is the root of all evil, it just makes sense that Satan should have his name written all over it. Maybe we should replace the president's pics with pics of the devil and demons with pics of tortured souls burning in the pit on the back.

I also like the idea of changing the national motto until we turn things around, at least until we can learn to stop invading other countries and learn to mind our own damn business.

posted on Nov, 3 2011 @ 07:33 PM
link
Spend time on a vote that does absolutely nothing to or for anyone and does not cost anything versus Congress spending time signing bills they never read drafted by shady policy makers in back rooms probably taking more of our money to use irresponsibly. I wonder which of those I would prefer those intentional deceivers and moronic propagandists spend their time on, what to do what to do…