posted on Nov, 1 2011 @ 11:43 AM
link
Wow, this man has mucho respect from me. It seems to me he is going out of his way to prove a point, and whether or not the water is contaminated or not, the man actually has some integrity (and guts) to prove his point. I was just wondering how many other politicians would be willing to do something like this. I just really hope that he will be ok after this....


A Japanese lawmaker has drunk a glass of water taken from a radioactive puddle inside a reactor building at the stricken Fukushima nuclear plant in a bid to prove decontamination efforts are working. Television footage showed a visibly nervous Yasuhiro Sonoda gulping down water that he said had been decontaminated after being scooped up from inside the plant. "Just drinking (decontaminated water) doesn't mean safety has been confirmed, I know that," Sonoda told reporters. "Presenting data to the public is the best way." Sonoda, parliamentary secretary for the cabinet office, said Monday that he drank the water after journalists repeatedly asked him to "prove" the area around the plant was safe. The water came from puddles that had collected in the plant following clean-up efforts, a source not normally intended for human consumption. Radioactive contaminants spewed into the environment from the Fukushima facility following reactor meltdowns and explosions triggered by the massive earthquake and tsunami of March 11. More than seven months after the disaster, tens of thousands of people remain evacuated from their homes and businesses in a 20-kilometre (12-mile) no-go zone around the plant and in pockets beyond that. Fully decontaminating those areas is expected to take decades.

posted on Nov, 1 2011 @ 11:48 AM
link
I caught this earlier and was hoping to find a video of it (nothing on YT as yet), apparently he looked very nervous and was shaking. Brave or just buying votes

posted on Nov, 1 2011 @ 11:50 AM
link
He will be getting sick soon -
and that will be it for him.
Sounds like suicide to me -
can't imagine anyone wanting
to do this just to prove a
pointless point.


Sorry, as far as i understand it the perils of nuclear are well documented, the guy is a fool, hopefully not too many people will follow his example. most likely we will not here from him again and he will quietly die somewhere.

What could posess someone to do that?


Now we wait to see how long it takes his teeth to fall out.

Seriously though, if we had the same kind of integrity in our own politicians, we might have a better government. This guy drinks the water from a nuclear fallout area to make a point, and Obama reads a book to children about himself. Anyone see the problem here? 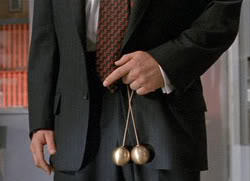 posted on Nov, 1 2011 @ 12:07 PM
link
if our politicians had the same integrity as this man, I would gladly pour them all a glass of that stuff.

Television footage showed a visibly nervous Yasuhiro Sonoda gulping down water that he said had been decontaminated after being scooped up from inside the plant.

I think the magic word is "he said", as in no proof that it's not normal water from somewhere else. There is no evidence of him going there and drinking the water...

Originally posted by crazydaisy
He will be getting sick soon -
and that will be it for him.
Sounds like suicide to me -
can't imagine anyone wanting
to do this just to prove a
pointless point.

If I read this correctly, they took some water from the plant, then decontaminated it. What decontamination was like? I really don't know, but I can easily imagine it was rather drastic. You see, individual isotopes in water can be identified by a variety of means, and subsequent chemical treatment would lead to their separation. For all I know, the water could have been distilled. Even better.

So despite the jokes (one of which I suggested myself) I have a feeling that this guy is not dumb and has simply done a pretty radical PR stunt without putting himself in danger.

posted on Nov, 1 2011 @ 01:42 PM
link
yes all jokes aside there are probably a hundred or so Japaneses workers who weren't so lucky and they didn't even have to drink the water


So what.
You can drink a glass of sake and be fine, but put a fish in it and see how long they last.


Can radiation and the components
there of be removed from water - making
it safe enough to drink? If so - how is that
done?