Pelosi: Gov't Should Shut Down Plant Where Workers Refuse to Unionize

Pelosi: Gov't Should Shut Down Plant Where Workers Refuse to Unionize


Heritage finds a nice catch in this CNBC interview with Nancy Pelosi last week, as Maria Bartiromo queries Barack Obama’s favorite House Speaker on the role of government in business expansion. Should agencies like the NLRB have the authority to shut down private-sector plants simply for not being unionized? Pelosi barely waits for the question to conclude before blurting out her “yes.”


And this witch was speaker of the house for 4 years...and she's still runs a lot of things in Washington DC... insanity.

Yeah a good small union can do a lot of good for workers. But the point here is, people should have the CHOICE to be in an union or not, Pelosi obviously doesn't want people to have that choice.


They're trying to infiltrate this work force. No other explanation. Denying someone their rights is political suicide. This order came from the top, meaning the money.

posted on Nov, 1 2011 @ 11:06 AM
link
I swear people do not listen to what they hear. Pelosi says this on a broadcast and no one bats an eye. What a smug P.O.S. she is. She really makes my blood boil as the epitome of the elitist liberal scum she is.

posted on Nov, 1 2011 @ 11:10 AM
link
It's probably a good thing that they refuse to unionize.
Maybe the workers actually like their job and the company
they work for, therefore they see no need for a union to
Protect them.

posted on Nov, 1 2011 @ 11:36 AM
link
Labor law allows a corporation to move work to a different site for valid business reasons. It prohibits moving work solely to avoid the workforce's right to unionize. That's the law.

If Boeing moved the work just to avoid giving a union shop the work, it would be a violation of federal regulations. According to this story the NLRB (National Labor Relations Board) has obtained internal documents that suggest Boeing did exact that, even though the new location was considered the most expensive option and was most likely to fail.

Links to more of the story:

Make your own decision, but the law is the law and it has been the law for quite some time.


Yea those in power will until their last breath , for the sake that it's all they know, try and gain control over anything and everything.

They will not give up ...they will lie and cheat until they die or get their way.

Whatever good happens for the people, they try and take it over....to control it.

Basically they are a bully and so far a random kid here and there will fight back and take a jab or 2 and every know and then one of the people lands a nice haymaker that stuns the gov.


I dunno though....we have given ourselves so much not to lose....they know this...they took it over so they can control it.

Money,Media,Gov.......they control these..they control everything....that is why they want more regulation on internet......It's one of the truly ALMOST free places we have.

posted on Nov, 1 2011 @ 11:56 AM
link
reply to post by Evolutionsend
if the union is for by the workers yes all for it, but like you said to many get sold out , the union's are a big biz not to many years ago, most were owned by the mob or had mob influence.

Buh-bye, Lady Liberty. It's been nice knowing you....

The worst thing to do to a prog is shut them up. Let 'em talk, it only exposes them further!

posted on Nov, 1 2011 @ 12:16 PM
link
Unions are Political Money Machines ...... The Majority of Americans are not Unionized and go to work everyday knowing if they do not do a good job they will be replaced. In a Union this is not the case..... Dues are the only important thing to Unions - and them Union Bosses - how did they get so rich ?


Tired of living with people who are tired?

My hands are the thermometers.


And this witch was speaker of the house for 4 years...and she's still runs a lot of things in Washington DC... insanity.

Exactly! 4 years of controlling the purse strings and the legislation attached to them by Pelosi has gotten our nation into some deep dirt. She is a diabolical creature indeed who could care less about any repercussions based on her words or actions.

Pelosi...The poster child for all that is wrong in DC, Term limits anyone??

This is fascism her parties true color always shows it all about saying on thing "freedom" "choice" but for them there has never been a problem Government can't solve.

Why the hell doesn't California fire here? Do they just love her so much of do they just want to keep away from them?.

You might upset the flow of "PELOSI BAD!" posts!

And explain a few things.

Imagine - if you can - not having a conscience, none at all, no feelings of guilt or remorse no matter what you do, no limiting sense of concern for the well-being of strangers, friends, or even family members. Imagine no struggles with shame, not a single one in your whole life, no matter what kind of selfish, lazy, harmful, or immoral action you had taken.

And pretend that the concept of responsibility is unknown to you, except as a burden others seem to accept without question, like gullible fools.

Now add to this strange fantasy the ability to conceal from other people that your psychological makeup is radically different from theirs. Since everyone simply assumes that conscience is universal among human beings, hiding the fact that you are conscience-free is nearly effortless.

You are not held back from any of your desires by guilt or shame, and you are never confronted by others for your cold-bloodedness. The ice water in your veins is so bizarre, so completely outside of their personal experience, that they seldom even guess at your condition.


THE PSYCHOPATH - The Mask of Sanity

is any of this familiar?


Definition of Pathocracy
Definition: pathocracy (n). A system of government created by a small pathological minority that takes control over a society of normal people (from Political Ponerology: A Science on the Nature of Evil Adjusted for Political Purposes, by Andrew Lobaczewski)

A totalitarian form of government in which absolute political power is held by a psychopathic elite, and their effect on the people is such that the entire society is ruled and motivated by purely pathological values.

A pathocracy can take many forms and can insinuate itself covertly into any seemingly just system or ideology. As such it can masquerade under the guise of a democracy or theocracy as well as more openly oppressive regimes.

1. suppression of individualism and creativity.
2. impoverishment of artistic values.
3. impoverishment of moral values; a social structure based on self-interest and one-upmanship, rather than altruism.
4. fanatical ideology; often a corrupted form of a valid viable ‘trojan’ ideology which is perverted into a pathological form, bearing little resemblance to the substance of the original.
5. intolerance and suspicion of anyone who is different, or who disagrees with the state.
6. centralized control.
7. widespread corruption.
8. secret activities within government, but surveillance of the general population. (In contrast, a healthy society would have transparent government processes, and respect for privacy of the individual citizen).
9. paranoid and reactionary government.
10. excessive, arbitrary, unfair and inflexible legislation; the power of decision making is reduced/removed from the citizens’ everyday lives.
11. an attitude of hypocrisy and contempt demonstrated by the actions of the ruling class, towards the ideals they claim to follow, and towards the citizens they claim to represent.
12. controlled media, dominated by propaganda.
13. extreme inequality between the richest and poorest.
14. endemic use of corrupted psychological reasoning such as paramoralisms, conversive thinking and doubletalk.
15. rule by force and/or fear of force.
16. people are considered as a ‘resource’ to be exploited (hence the term “human resources”), rather than as individuals with intrinsic human worth.
17. spiritual life is restricted to inflexible and indoctrinare schemes. Anyone attempting to go beyond these boundaries is considered a heretic or insane, and therefore dangerous.
18. arbitrary divisions in the population (class, ethnicity, creed) are inflamed into conflict with one another.
19. suppression of free speech – public debate, demonstration, protest.
20. violation of basic human rights, for example: restriction or denial of basic life necessities such as food, water, shelter; detainment without charge; torture and abuse; slave labour. 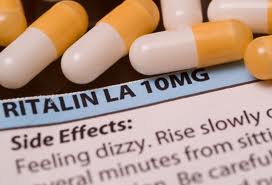 posted on Nov, 1 2011 @ 01:55 PM
link
All I want for Xmas is for someone to staple her mouth shut. It shouldnt be hard and she shouldnt feel a thing.. her face is dead from all of that botox. I watched her speak last year around March I think it was and her face didnt move.. like a william shatner mask.

Anyone who can defend her hasnt researched what has flown out of her mouth for a few yrs. The woman is a menace and if this administration had any sense, theyd keep her in the same locked closet they keep Biden in.

Real simple Nancy, dear... if the majority of the people dont want it then they dont want it. The Gov has no right to close down a privately owned business because they arent towing your line.. YET. SHe is a complete idiot for even suggesting it. I know youre working hard on this Oligarchy, but until then youll just have to leave private businesses alone and respect the will of the majority.

Nahh, she is just a garden variety idiot, elitist and classist who feels that the rest of us are so stupid she in her infinite wisdom should think for us and tell us how it should be. SHe has an ego and verbal diarrhea problem. Close a business down because the workers dont want to unionize.. ludicrous. Ludicrous to even voice such stupidity.