AS NASA retreats from an ambitious human spaceflight program for the foreseeable future, other countries are moving ahead with multibillion-dollar plans to go to the moon, build space stations and even take the long voyage to Mars.

China, India, European Space Agency, Iran, and Russia have all decided to pick up their space exploration from sending their first man into space to heading to mars in the wake of the decommissioning of the Space Shuttle program.

Further reading(although these articles are word for word the same as all the sources in this post, each one adds just a little new information):
articles.latimes.com...
www.montrealgazette.com...
www.livetradingnews.com...
dailynewshut.info...


I wouldn't go quite that far. The line is the shuttle was 70's technology and the shuttle's replacement is a freaking 60's era rocket concept they have yet to test. So yeah, I'm sure they have something better if the military gets the x-37. The question then is what do they have and when can we see it?

Originally posted by the owlbear
I wouldn't go quite that far.


You're right, I would go even further. Phil Schenider is known Scientist, archeologist and metallurgist who assisted in building Area 51 and other underground facilities.
One of his most important qoute is:


For each year 'in our reality' that comes, military technology is being developed for approximately 44.5 years in advance.

On the other hand, I imagine the first words out of their mouth would be:

"Yay, we made it!.......Uh, I guess the American's were right, it's just rocks; probably could have googled it"


the USA is about having the advantage, the drop, on every one else in every field. If anyone thinks for one minute the top brass of the military and the business minds of the govt have just decided to give up the space race advantage then think again. they can probably take the foot of the gas where space tech is concerned cos there so far in front of everyone else. They aren't going to let any other country for one second get a dominant, controlling foot in space. It's all part of whatever plan they have and I don't think for one second the powers that be in the USA have just taken a step backwards, a pause maybe but not a step back. just because the public don't get to see what they have doesn't mean there isn't anything.
in my unsubstantiated opinion of course.


I agree with you to some extent, however I also think that the government has gone so far into the future with technology that they are still 50-75 years ahead of the private sector anyway; so public space agenda is not really an issue for them until it starts to advance to the level they have now.

Remember, the Blackbird was flying in the early sixties on recon missions and in high orbit even when it's existance wasn't made public until the 80's.

I'm sure they have a few aces up their sleeves, but they won't show them until everyone else at the table has a possible flush draw. 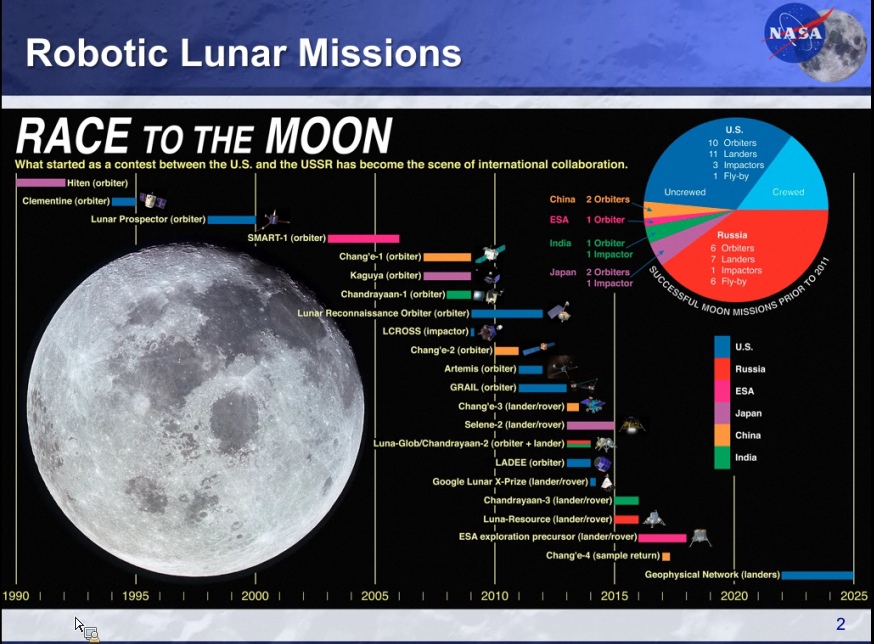 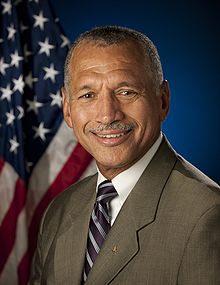 Charles Bolden is a Major General and ex-astronaut, he commanded the I Marine Expeditionary Force (FWD) in Operation Desert Thunder...

Operation Desert Thunder was a response to threats by Iraq's president Saddam Hussein to shoot down U-2 spy planes, and violate the no-fly zone set up over his country.

A NEW SPACE RACE FOR THE MOON

Although this seems like a subtle request from the space agency we should first understand something : the DoD is running NASA right now. There is something on the Moon which is so important or disturbing that it represents a grave and serious threat to United States national security.

The recent GRAIL mission of twin satellites are equipped with lazers. Those lazers represent United States military assets and in 3 months they will be orbiting the moon - actually - they will be ON PATROL for the Pentagon.

DoD has in the past few years done amazing field work with drone technology which is directly transferrable to the space warfare environment. There really is no question that DoD could patrol the entire moon using a multiple platforms therefore establishing space dominion over the Moon.