"...we had just pulled past a little spot called Wasco. There's no town there - just a kind of crossroads. It was there we first noticed four lights in the sky ahead of us. They were moving lights. At first they looked like stars but we realized they weren't stars because they were moving - we could see that." "They were moving in a sort of open V formation. By that I mean that there was no light at the forward point of the flight, just the two 'wings' with two Lights in each 'wing' - angled off at about 45 degrees from each other. I must have spotted them first. After I had watched them for about 15 seconds, I called them to the attention of the other men in the cab with me. They watched the lights, too..."


At around 3:20 A.M. on Friday October 3rd, 1958... the crew on southbound freight train number ninety one, enroute from Monon to Indianapolis, Indiana, reported seeing an unidentified flying object in the night sky above and behind their train. In one of the most intriguing cases from the 1950s, this object seemed to have followed and toyed with the half mile long train for over an hour. The first to notice the lights in the locomotive cab was the engineer even though the other two men in the cab with him did not notice the lights. That was until the engineer made it clear to them that something wasn't right. As the train, and the lights, were moving along towards Indianapolis. After a few minutes of the objects flying back and forth across the tracks in front of the train. The engineer notified the men on the caboose at the rear of the train as to what was going on in front. One of the crewmen in the engine described the objects as having wings of two lights at a forty five degree angle that made up the object.

The crew in the caboose at the rear and in the locomotive in the front of the train all described the object as to have been running step by step with the train according to their observations as the train was proceeding on southward. This object was keeping pace with something that was moving at around thirty to fourty miles per hour with no problem. Any normal fixed wing or fixed rotor type of aircraft would have went into a stall and crashed at that low of a speed. For something like that to have occurred, the object or objects had to have had some sort of control as to were it could have done such a low speed without crashing. Whoever or what ever was controlling this object or objects knew what it was doing. If we have the technology to produce craft that can fly at very low speeds. It is being hidden very well and under intense security levels at the Federal level.

It was then that the conductor got the idea to shine a five beam flashlight back towards the objects. The flashlight used at the time being close to some thing like this shown in an old newspaper advertisement.

Every time that the rear end conductor would shine this light, the objects would seem to scatter. It is almost like whoever was controlling these objects were not concerned with the beam of light coming from the flashlight itself. It seems like they may have been focused more on either what the train was carrying or how it was operated and how these pieces of machinery worked.

What really surprises me about this is that the MONON dispatcher overheard the entire incident who was located in LaFayette, Indiana at the time. Yet the dispatcher paid no attention to the commotion that was coming from a train that was under his movement governing authority. Did the dispatcher ignore the radio traffic because he did not want to get involved in the commotion or was he talking to another train on the line behind or infront of the train that was encountering the objects? Logic says that he did not get involved with the other train because he was dealing with another train on another part of the line closer to either Indianapolis, Indiana or Louisville, Kentucky where the line ended. I would have thought the dispatcher seeing as to how he governed any and all train movements over that line would have at least been a slight bit concerned as to what was going on with the other train.

After all these years of railfanning and studying up on railroad incidents that have occurred over the years. I never thought that I would have discovered, or even heard about, such a ufo encounter like this. Yet alone one with this many witnesses in one place at one time. Even one like this that has so many credible witnesses at the time that the encounter took place. I've chased trains for years and I never thought that I would stumble upon a case as to where an unidentified flying object chased a train for over an hour. I've heard of trains striking things like trees and rockslides. To be quite honest, I never really thought that I would read about or hear about something like this.


Always great to read a UFO sighting I had never heard of, thanks for sharing Gimme. Just when you think you have read them all...

posted on Jul, 14 2011 @ 03:34 PM
link
Well it's an interesting sighting, but like all UFO sightings we're left having absolutely no idea what it was. It may have been ET in origin, or from the future, spacecraft or sensors or perhaps just some strange weather anomoly like ball lightning or sprites.

Originally posted by gimmefootball400
This object was keeping pace with something that was moving at around thirty to fourty miles per hour with no problem. Any normal fixed wing or fixed rotor type of aircraft would have went into a stall and crashed at that low of a speed.

Based on the description I do not think these were any kind of hobby R/C aircraft, but even in 1958 the technology to build and fly R/C aircraft at these speeds or even less was indeed available. And today we have such powerful electric motors that we can build some truly bizarre-looking aircraft that fly in total silence and can hover in place and even punch vertically out of a hover and do other gravity-defying moves, and we have glowire and LEDs to light them with for flying in total darkness. I have a large collection of electric R/C planes myself, and I've raised more than a few eyebrows flying them at night even though it wasn't my intent to deceive. Again I'm not saying that this was the case in this mysterious 1958 event, I'm just clarifying the above statement.

posted on Jul, 14 2011 @ 03:34 PM
link
I think it did occur bud, and there was another one of those train verses UFO stories i heard as well...
This concerns a UFO which collided with a freight trains diesel engine head on.
They aparently misjudged the height of the trains cab as they skimmed along.
There actually were pics of this trains damage that i saw loong ago, but im not about to dig em up.
Find yer very own pics.
If everyone had film of everything they heard or saw wed have the proof we need long ago.
Then if you do produce yer pics they debunk them all to hell and back.
Keep posting what you hear as well as what you can prove.
maybe somebody else out there can corellate the story and confirm or deny it.
Other wise why bother comming here?

Originally posted by stirling
I think it did occur bud, and there was another one of those train verses UFO stories i heard as well...
This concerns a UFO which collided with a freight trains diesel engine head on.

You are referring to the collision between a CSX coal train and a UFO that happened around Pikeville, Kentucky. That happened about ten or eleven years ago and I can say that what ever it was that got hit, severely damaged the lead locomotive in the process. I've seen the photos of the lead unit involved, CSXT engine #3, when it was at the locomotive shops in Hungtinton, West Virginia. In fact, I've got a photo of that unit myself on one a secure data card that I have laying around here somewhere. In the following photo, you can see where the object bounced off and on top of the locomotive.

CSXT #3 with damage from the ufo collision

I take no credit for the above photo.

Yes, the cab roof above and the cab border on the front of the locomotive still have visible impact points ten to eleven years after the incident.


Gimmefootball400, interesting thread and below are some further links to documents and articles about the case. 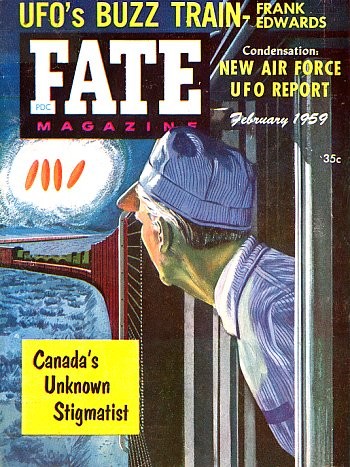 posted on Sep, 8 2013 @ 05:29 PM
link
As for the CSX it seems strange to put a barrier around the engine in the shops especially if the collision was 10-11 years before the picture. HUMMM might just to folklore of it that's why it's roped off. Strange though. I have a good friend that's an engine mechanic but not for CSX I sent him a note on how thick the steel is but as I recall IT'S about 1/2" . With trains especially the engines weight is good.