However, what I like about these - are the age of them - when it was not so easy to tamper with the evidence!

Doesn't mean they all are!

The twin towers one, screams photoshop to me.

But I do believe in God.

the one titled angel is pretty spooky tho

posted on Jun, 28 2011 @ 05:57 PM
link
the RAF pilot photo always kinda creeped me out.
Also the comments by the people that new the pilot kind of corroborates the photo.

Unfortunately I can never tell what's real or not as I have no clue about photoshop or that stuff so it's great to see what people say about them.

Originally posted by gremlin2011
reply to post by iSwag

the one titled angel is pretty spooky tho

Yeah it is. That one could be photoshopped too. All you would need to do is take the image of a person, then Color Overlay it with white, then mess around with the shadow, the edges of the now all-white image of the person, and the Distance, Spread, and Size.

Sites like picnik.com, let you blur the edges a lot to give it that ghostly apparition smokey effect.

I know my shiz. I'm 70% sure that at least half of those pictures are fake. I can photoshop a good ghost picture, post it here with a fake story to go with it, and make y'all believe me. But now that I said I could do that, I'm not bahaha. But I could photoshop a picture to back myself up if it's really necessary lol.

let me rephrase it might not be a fake but it is definenitly NOT from the 1960's.

Interesting none the less and the ghostly wedding crasher for some reason scares the daylights outta me for some reason.
edit on 6/28/2011 by XJMatt because: (no reason given)

The site has been up for quite sometime. I don't believe pictures anymore. Haven't in years. Except one.

My co worker took a picture at his dinner table of a family member.. The person was moving a lot, and the picture was just blurry as hell. But what you could see was a picture of what looked like another deceased family member's face, in the blur.

I do have access to said photo, I guess since it is on his facebook, I could upload it.

I know for a fact he isn't a "photomanipulator" or anything to do with his computer savvy. I know, because I am his "tech". haha.

So does it break any rules putting it here? I don't know. I'd also hate to disrespect him by doing it I am curious as to what you guys would think.
But

posted on Jun, 28 2011 @ 07:06 PM
link
reply to post by Demoncreeper I for one would be interested in seeing your friend's photo.
Why not ask him if you can show it on here, or maybe supply a link to his facebook page if he doesn't mind.


edit on 28/6/11 by transubstantiation because: space bar usage

Image 6) The Angel, looks like that section was intentionally overexposed.. a process called burning. I doubt the story with the pic is valid either, since it states that the survivor is still in the vehicle, but nobody is actually around the car (EMS or bystanders). and I doubt the accident investigator was first on scene ( and if he was, he should have been more concerned with the patient than begining his investigation).

image 1) the ghostly twin towers, I'd say either digital manipulation or simply underexposed (called dodging) that section when developed.


He would prefer not to have a bunch of ATS'ers on his facebook page. And his stuff is private for only friends. Here is the pic. Straight off his profile. The picture is of a 12 year old girl. Not a stern looking native male...which eerily resembles his deceased father.


After seeing it on the forum, my friend decided he didn't want it on display like that. Sorry.. Hopefully some of you got to see it.
edit on 28-6-2011 by Demoncreeper because: (no reason given)

Ghost pictures are easily faked. The one linked above is one I made with Photoshop CS3. My dog was actually following my wife around the corner when I took this shot. I've simply added a "ghostly figure" to the hallway entrance, where our dog is looking. It was daytime when the original was taken so I've had to black out the front door windows to make it look like night (and make it a bit more creepy!). I did go overboard with lens-flare effects though...

Photoshop hasn't been around for that long & a lot of old ghost photos do beg further investigation, but if I can make something like this with no Photoshop experience, I can't begin to imagine what a professional could do.

I agree with most of the comments here regarding the linked pictures. The #3 "Wedding Crasher Ghost" by the man's leg is creepy. I've always loved the #4 "RAF Ghost" being in the group picture even though he died two days before.

But the one that ticks me off is the #6 "The Angel" allegedly taken by the "professional fire department accident investigator just prior to rescue of the living driver from the car wreck." The photo would be beautiful and believable without such an untrue (or simply uncompassionate) story behind it. Maybe the Angel showed because she/he was so amazed that no one was with the victim? Heh.

This ghost video from YouTube is my all time favorite of the most real ghost video I have ever seen. I believe it was taken by G.I.S. (Ghost Investigators Society) or something.

If the video does not load:click here to view on YouTube


Great video - thanks for posting

The shrouded tulip staircase ghost really gives me the creeps though

posted on Jun, 29 2011 @ 05:59 AM
link
I Agree some of these photo's can be dismissed as being faked or just a coincidence, some of them i would say could be related to paradolia.

The n°1 (the ghost of the twin towers) have serious issues, especially about where the WTC 'ghost' is located: 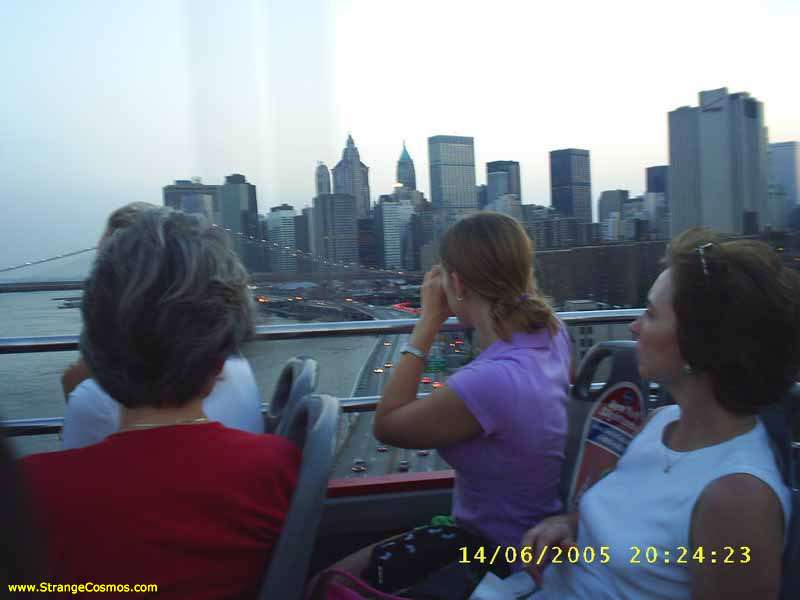 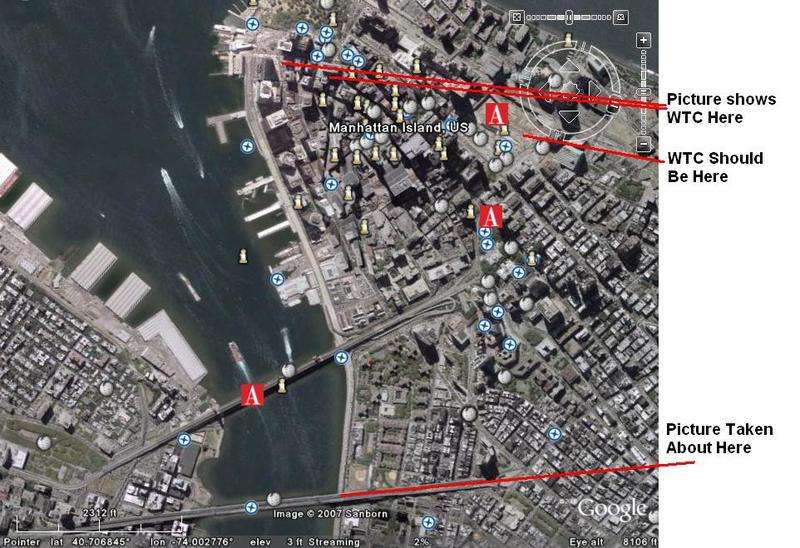 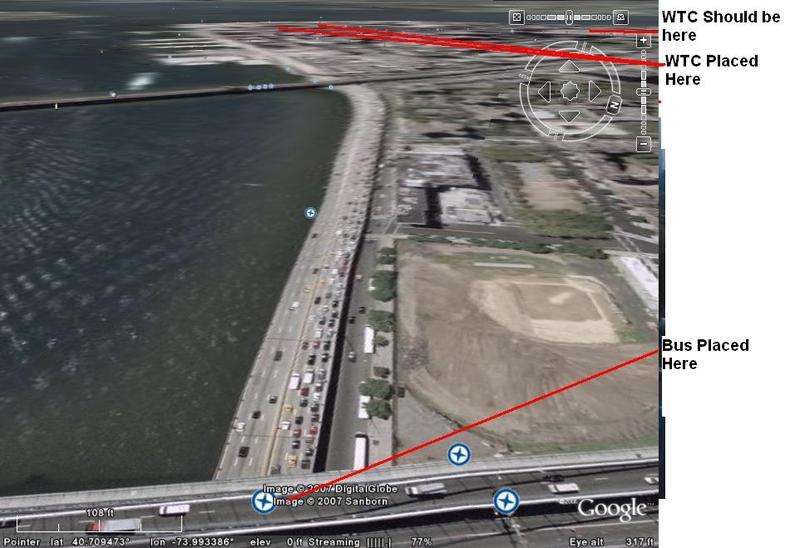 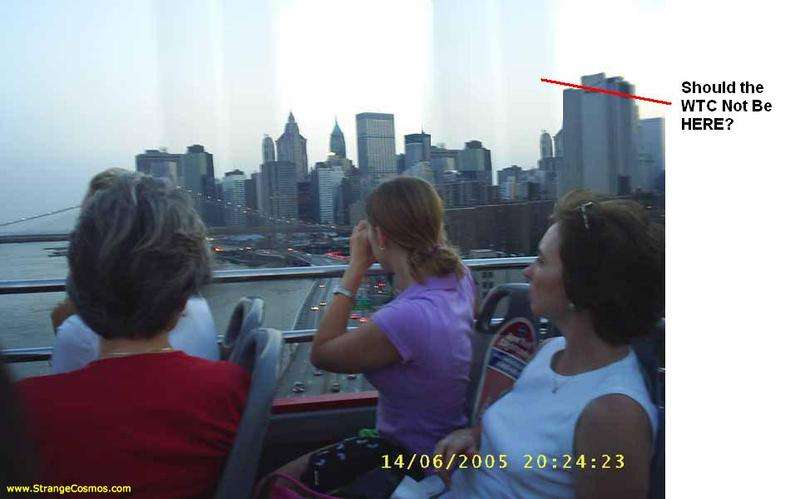 Searching for the original image gave me some 800x600 sized image, but not as darkened as the one in the OP...

This alleged "original" picture exhibits Photoshop tags in the exif datas, so we cannot exclude a possible manipulation.
See the 800x600 photo here

In the link above, we can see that seems like there's also some dispute about who is the original owner of this photography:

Rec'd Below Feb 28, 2007
Jennifer Johnston
Hello.
I'm writing to you to inform you that the ghost picture of the twin towers submitted by John Hill was taken by my father, Cecil Johnston.
I can provide evidence to this if needed. We have been noticing people around the internet linking to this page and giving John Hill credit for taking the photograph, and, would like if you could, please mention that it was taken by my dad on our holidays in New York. Thank you.
Jennifer Johnston

Anyway, If Jennifer Johnston is reading me, I really would like to see the original untouched photograph!
edit on 29-6-2011 by elevenaugust because: (no reason given) 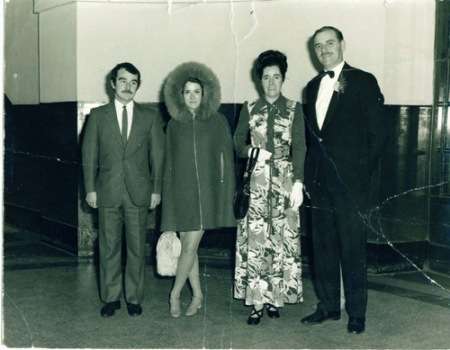 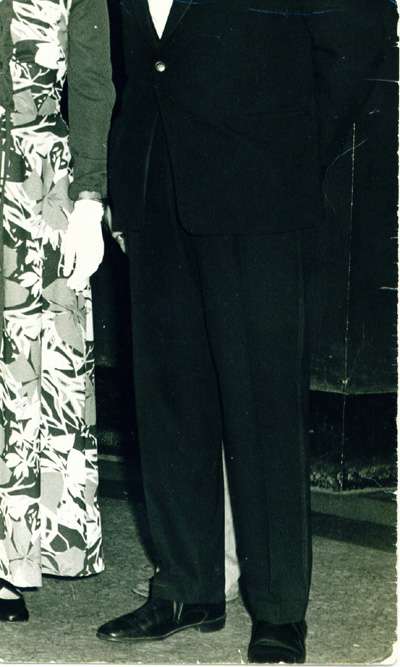 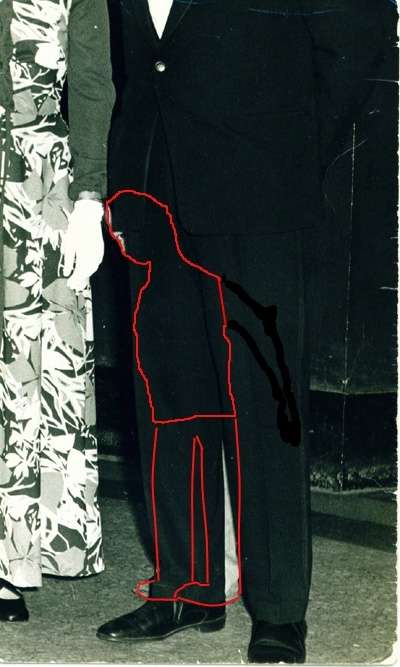 ....with the back of one child shoe visible between the legs of the guy dressed in black, and the front of the other visible just behind the right man leg, making the whole coincidentally appears like if it's only one bigger shoe.
edit on 29-6-2011 by elevenaugust because: (no reason given)