On Cerro Paranal, the 2600-metre-high mountain in Chile’s Atacama Desert that is home to ESO’s Very Large Telescope, the atmospheric conditions are so exceptional that fleeting events such as the green flash of the setting Sun are seen relatively frequently. Now, however, ESO Photo Ambassador Gerhard Hüdepohl has captured an even rarer sight: a green flash from the Moon, instead of the Sun. The photographs are very probably the best ever taken of the Moon’s green flash.
Gerhard was surprised and delighted to catch the stunning green flash in this series of photographs of the setting full Moon crossing the horizon, taken on a clear early morning from the Paranal Residencia.
The Earth’s atmosphere bends, or refracts, light — rather like a giant prism. The effect is greater in the lower denser layers of the atmosphere, so rays of light from the Sun or Moon are curved slightly downwards.

Shorter wavelengths of light are bent more than longer wavelengths, so that the green light from the Sun or Moon appears to be coming from a slightly higher position than the orange and red light, from the point of view of an observer. When the conditions are just right, with an additional mirage effect due to the temperature gradient in the atmosphere, the elusive green flash is briefly visible at the upper edge of the solar or lunar disc when it is close to the horizon.

Gerhard Hüdepohl was born in Germany, and has lived in Chile since 1997, where he works as an Electronics Engineer at ESO’s Very Large Telescope. 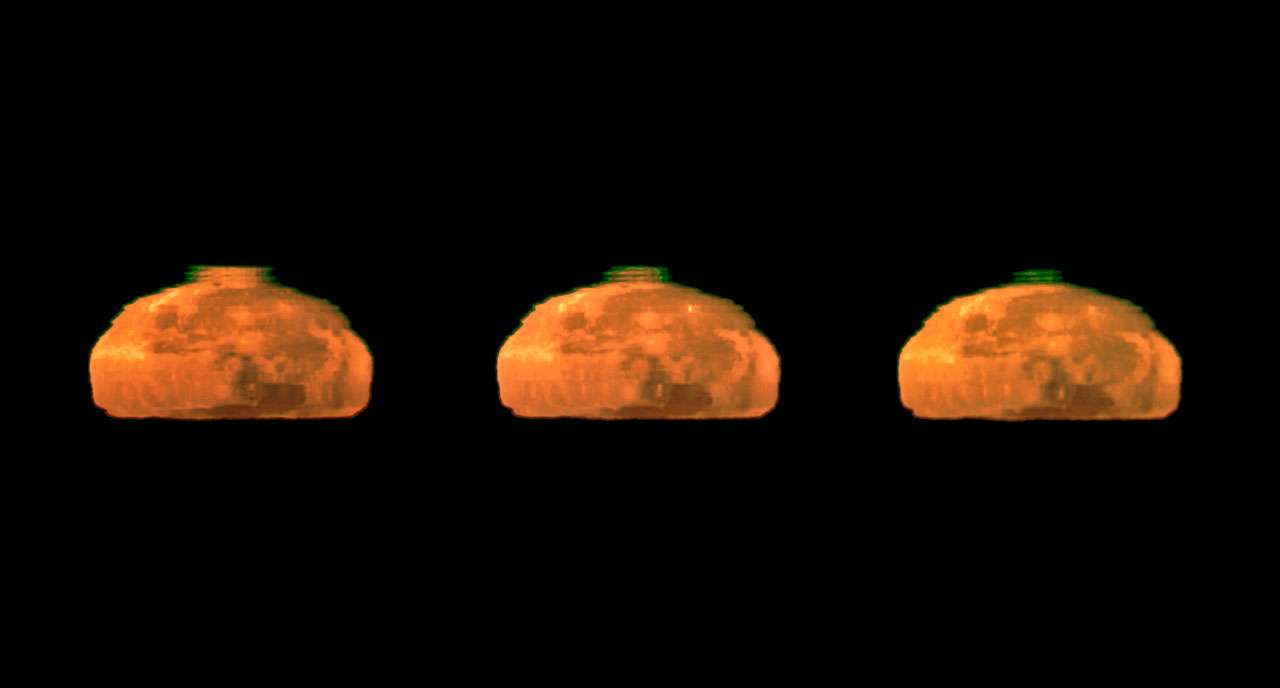 Originally posted by acrux
reply to post by elevenaugust
WOW. Never heard of that before. S&F

it's interesting, but a graphical representation of the angles and how this works might have really helped here IMO