'That's it - the biggest disaster in the world, right there': Haunting footage of 9/11 captured b

'That's it - the biggest disaster in the world, right there': Haunting footage of 9/11 captured by NYPD helicopter as towers fell Read more: www.dailymail.co.uk...


It is the most appalling attack of terrorism ever to hit America - as you have never seen it before.
A chilling new video has emerged from a police helicopter which was in the sky above New York on the day of the 9/11 attacks.
Hovering just 300ft above one of the Twin Towers, the camera peers down on to the burning roof and captures the thick clouds of black smoke billowing out after the planes have gone in.

Never before has anybody outside of official inquiries seen the disaster from such an angle. The footage makes clear that the top section of both buildings was turned into a charred wreck when they were struck and there was no hope for those trapped inside. The 17-minute long film was part of the evidence used by the official inquiry into the collapse of the World Trade Centre buildings. The investigation, conducted by the National Institute of Standards and Technology used the Freedom of Information Act to get hold of the footage but it was not made public. Now, however, it has been posted online by secret-sharing website Cryptome along with a series of pictures taken by NYPD helicopters that were on duty that day. Read more: www.dailymail.co.uk... 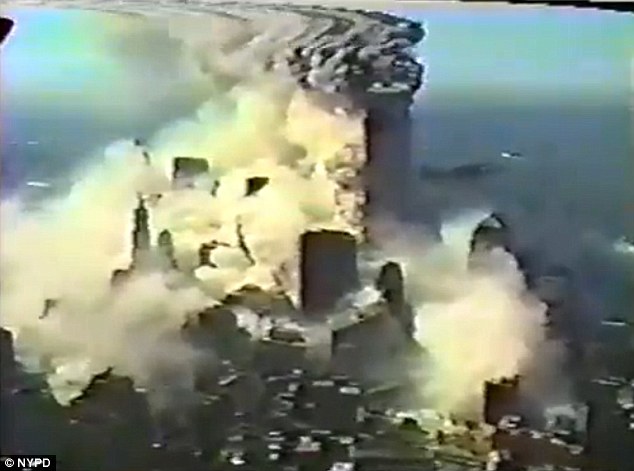 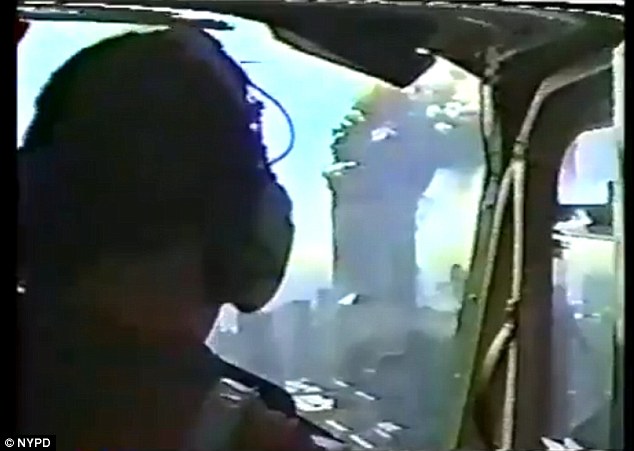 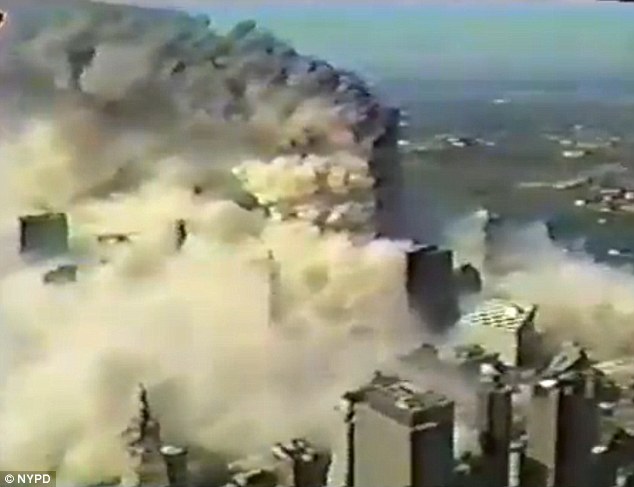 posted on Mar, 7 2011 @ 04:55 PM
link
"Never before has anybody outside of official inquiries seen the disaster from such an angle"

That doesn't make any sense because I saw this video about 8 or 9 months ago maybe?


ETA:I just doubled checked my YouTube account and I added it to my favorites 5 months ago...
edit on 7-3-2011 by Skippy1138 because: clarification


So every forum in the site gets this thread?

*Full disclosure, I am another guilty party in posting this story (in the 9/11 forum) after other threads were posted around ATS.

Originally posted by pshea38
It looks so FAKE because it is FAKED.
Computer Generated Imagery - The Lot.


I heard in another Thread Bush is gonna move to South America with a bunch of CIA so that they can't extradite him in the future. I guess its harder to do if they live there. Seems he is running with good reason. Check out my Thread on The Mind behind the 9/11 attacks link that is in my signature.

It's time to put the pieces together on this folks!


Originally posted by pshea38
It looks so FAKE because it is FAKED.
Computer Generated Imagery - The Lot.

Wow. Is that right sir?
Yes few if any died.
No the buildings are not still there.

If you care to investigate

and are subsequently still of the same opinion, then we will know who the moron is.

9/11 was a psychological operation. There were NO TERRORISTS - NO PLANES - FEW IF ANY VICTIMS.
Most/all reported victims were computer simulated identities. The footage broadcast, via a complicit media, was computer generated virtual animation. One huge con/hoax/scam perpetrated on the American people and indeed the world.

p.s. i don't care for your insults but i will refrain from engaging. I have been post banned for alot less but on this site there is one rule for the OS sheep and another for others.

posted on Mar, 7 2011 @ 06:18 PM
link
dang, he filmed every last second of it, except the parts when the towers fell, weird. anyways this just kicks up a #hit-storm of memories and ideas I tried to forget. as bad as this was, the 30 years of various admins skirting the terrorist if not outright helping them goes unchecked. the single smelliest conspiracy the world has ever seen.

Not sure if it means anything but at around the 4:51 mark you can hear someone say "They did it, it's down, the second tower's down".
1. Who is "they" and why that phrase?
2. Why "second" tower? One tower still stands so wouldn't it be the first tower?
Makes no sense much like the rest of the incident.

I think the worst disaster in the world was when the US dropped the first 2 nukes,this right here is nothing,who cares about 911,they was casulties of war,its the law,its the rule.

Thats it, they took the fluoride out of our water so us Americans can start to get angry about what's going in the world, then they just released this video on mainstream news. I think they are trying to make us riot, so they can declare martial law or police state.


Dude If They Wanted To Make You Riot They'd Tell You They Were Responsible For 9/11. Its The Goverment If They Have One Thing In Mind And they Need Something Done They Do It. They Dont Wait Around For Sometone Else To Do it.

posted on Mar, 7 2011 @ 09:39 PM
link
I wonder one thing. I just saw the news in Montreal MSM. This video is kind of old, and they clearly said that it was a just found footage. Seeing that it has been shown in the US as well makes me wonder if they're not about to do something related to this event. You know, make the population remember this tragic event in order to achieve something. Why talk about it saying it's new if it's in fact quite old?? More propaganda?

posted on Mar, 8 2011 @ 11:03 AM
link
Thats ridiculous they wouldn't come straight out and tell us they did it. Because then they would have the entire world against them. They wouldnt have real justification for the soldiers in Iraq and Afgan to keep fighting anymore, the Elite are just using them to get what they want and once they get it they are going to drop us like a hot plate.