posted on Mar, 1 2011 @ 03:22 PM
link
With the events in the Middle East and Northern Africa capturing the attention of people everywhere, our Street View team decided to see how many people are actually aware of what's going on, and who is to blame. Armed with a photo of a notorious bloody dictator, and multiple versions of his name found in news stories, our team looked for people who could identify him, and knew why his citizens were revolting. There are plenty of insightful comments as well as some that are, well, not very well-informed. 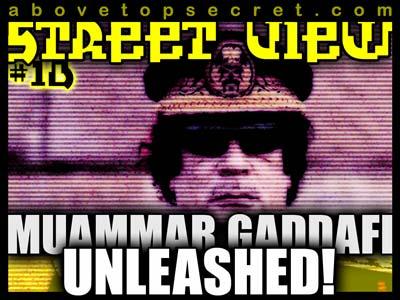 posted on Mar, 1 2011 @ 03:32 PM
link
No surprise here really. Most Americans have trouble identifying their own leaders and explaining any pertinent regional / national level social issues.

Good job though. I really enjoy these productions.

Seriously - if ATS is supposed to deny ignorance, why are they in lock step with the globalists propaganda on these issues?

There is no doubt that this uprising has been stoked by the globalists, using intelligence assets from Israel, through UK through US.

There were attacks and attempts to control military hardware - this was the reason for airstrikes - best way to take out a commandeered or enemy tank.

When you have footage from Ireland - showing people killing bankers and politicians there - then I might start belieing - because they truly need to liberate themselves.

Libya has been safe under Qaddafi - now the globalists are trying to snatch power. Best of luck to the old fox - hope the foreign forces die in the tens of thousands if they push this any further.

posted on Mar, 2 2011 @ 12:19 AM
link
Sorry mods can't find anywhere to post this to you specifically and can't find any other answer through normal search terms ( someone please guide me if this has been answered)

Now before anyone suggest clear cache, swap browsers, update drivers etc etc ... please note. It's been done, i do have some computer skills over the average pebkac user

So anyone run across this? gotta be something i'm running or rather not running in the background but cant figure it out.