Here is a video, but I don't think it has subtitles:


I'm not really sure what to say about this, friends. My guess is that the original source is flawed.


The only reason it was declared a hoax is because it linked to All News Web.

Now can anyone translate the Chinese in the video?


I don't think they would have moved it to hoax that hastily based simply on what its linked to, or I guess at least I hope they wouldn't.


That's what they did. Read the thread.

Here is what google translate gives below the Chinese video:
"UFO AllNewsWeb gossip site claims, the U.S. Department of Defense, "Advanced Research Projects Administration"(DARPA) has acknowledged that President Obama will be finalized in a speech indirectly admitted that aliens may be trying to contact people on earth, and governments in 3 years Directly recognized in the Earth and the aliens have been exposed"

For those who cannot read Chinese, the News Title is "US Gossip Website: Obama is going to disclose past visits of Aliens.", and that's not Chinese National Television Xinhua reporting, but just a local TV channel of Shenzhen, a city on the southeastern coast of China...

At the same time though, check this Xinhua page, they're covering it with a big pic of an Alien on the page :


Pic from the Xinhua page incase it's taken off soon : 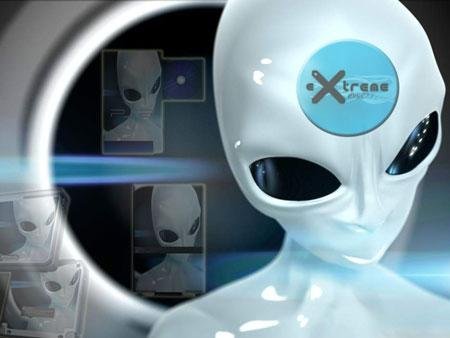 So Xinhua are covering it, and where's that image from?

Screenie incase they take it down :


Just checked the -- front page though and there's a clip of a 'Pyramid UFO in China' that people from China are saying is a kite in the comments section. Cohen's not exactly doing himself any favours.
edit on 24-1-2011 by Essence because: (no reason given)

posted on Jan, 24 2011 @ 08:30 AM
link
The problem I have with these rumors is that when the time comes nothing happens. "inside Obama sources" also said Obama was suppose to make an announcement about UFO in November 2009. Eventually disclosure will happen but It will happen when its out of the U.S. government's hands because they don't want to disclose this ever!

posted on Jan, 24 2011 @ 09:29 AM
link
This original report: a hoax, OK, whatever, but it does raise a question that I love to think about.
A: IF the U.S. (for example) Disclose, they risk -scratch that- WILL have to eventually open their doors to the million and one accusations including missing money, missing people, pointless energy consumption, and the lies within lies within lies that have been instigated for at least the last 60 years, if not many many more. Not a pretty prospect for TPTB right now- However-
B: IF any other country in the world decide to, then how badly would the U.S. (same example) come off? They must have Think Tanks that have studied this scenario. They'd still have to answer at least some, if not all of the same questions.
I don't believe any nation can afford to do it, and they can't afford not to!
I've no reason to doubt that China could be quite close but quite frankly, what the heck ever gets reported widely and accurately out of China?
It's the mother of all headaches and the only way I can see an end to it is scenario C...