posted on Sep, 16 2010 @ 04:14 AM
link
A while back I did a page on the Speed of the Earth through the Galaxy. Wanted to find out how fast an Armchair Astronaut was going sitting at his computer...

So I figured it would be a good exercise in space navigation... Since Pegasus is working on a saucer, I figured sooner or later we will need a navigator so we will take applications...

Now a lot of the numbers are approximate as I found them... HEY if I had exact figures I wouldn't need to hire a navigator

I am sure as we go someone will add corrections

What is the Speed of the Earth?

This page deals with the actual speed of the Earth moving through space. There are many directions of travel and various speeds that have to be taken into consideration.

Why is this of importance? For any discussion on the posibility or the probabiliy of space flight dealing with interstellar flight, it is necessary to have this data.

Imagine for a moment that you have a faster than light or warp capable star ship...

Considering the speed at which the Earth moves, even a short mission away from Earth would result in the planet being millions of miles away from the point of origin at the time you left. NASA calculations to reach a simple point like the Moon require enormous calculations and pin point accuracy. Any small error left uncompensated would result in Astronauts missing the Earth on return.

Motion, Speed and Direction of Travel of Earth Through Space
Or
"How the Hell Do I Calculate the Way Home"

Disclaimer:The following figures are approximate values for demonstration only! Please DO NOT use them to calculate actual flight paths. We are not responsible for people getting "Lost in Space".

Consider yourself sitting at your computer on a chair...How fast are you moving?

1. The Earth "wobbles" on its polar axis. This motion is not relevant (IMO) to the calculations needed to return to earth from interstellar space as it is an "in situ" motion, but it exists.

2. The Earth revolves [spins] on its axis. For these calculations we will use the equator with a circumference of approx. 25,000 miles. One rotation of Earth is approx. 24 hours. Again this is "in situ" motion so not relevant to space travel, but adds to our "stationary chair" model
25000/24 =1041.7 MPH

The following source gives more detail and a more precise calculation based on your latitude and more exact figures. Anyone dizzy yet? A little motion sickness perhaps?

NASA - What is the speed of the Earth?
imagine.gsfc.nasa.gov...

When you take into account the three-dimensional picture of the Sun's movement through our Milky Way Galaxy, things get very complicated.

4. The sun [and hence the solar system] is moving towards the constellation Hercules, namely to the star Lambda Herculis at 12 miles per second [or 20 kilometers per second] which is 43,200 MPH

5. The Solar system is also moving upwards, at 90 degrees to the plane of the Milky Way, at 4.34 miles per second or 15,624 MPH. But we are actually leaving the Galaxy, out about 50 light years now and will be moving out to 250 light years before it reverses. Details of the mechanics of this are explained in the link below. We also crossed the Galactic plane 2 million years ago.

6. The Solar system is orbiting around the Galaxy at an "estimated" speed of 124 miles per second [or 200 kilometers per second] which is 446,400 MPH. The way that figure has been calculated can be found at the link below.

Stanford University - What is the speed of the Solar System?
solar-center.stanford.edu...

This is where finding our way home becomes difficult, as we do NOT have an actual true figure for this calculation. The further out we go, taking into account the various motions and speed, the more difficult it becomes to get precise calculations ergo the more room for error. Until we can actually go and measure the distances, a "best guess" is all we have. Over the past few decades these values have been revised several times, and are constantly being added to today.

From an Astronomer's point of view this is not a problem, as they are merely observing from Earth and can fix their calculations when they get new data… no harm done… just reprint the maps.

BUT from a spaceship pilot point of view…touring just within our own galaxy… the problems are enormous.

From a navigator's point of view, we can leave out the "wobble" and the Earth's rotation as those movements are "in place". For later calculations we could also leave out the Earth orbiting the Sun, because if we can make it back to the Sun, I am sure we can locate Earth.

So our "armchair Astronaut" is now moving through 6 different directions and a combined speed of approximately 574,585 MPH

So for every hour you are away from the solar system, your planet is moving half a million miles, and in several directions…

Now if you want to leave the galaxy add another 1,339,200 MPH to the calculations. This is the speed the galaxy is moving through the universe. But THEN you really get into difficulties pin pointing you reference point. Details can be found here…

So you see… the propulsion unit is the least of your worries….
You better have a REALLY GOOD NAVIGATOR.

NASA - What is the Speed of our Galaxy?
helios.gsfc.nasa.gov... 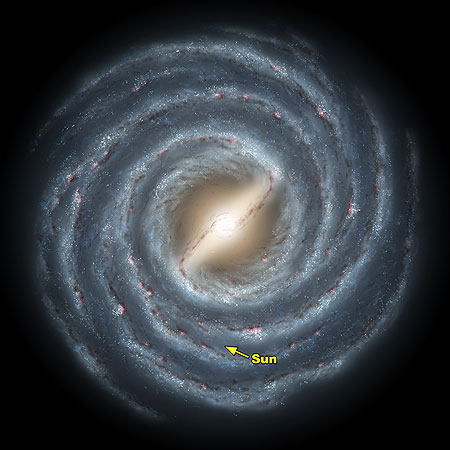 WANTED: ROCKET SCIENTIST...
JOB: Provide Accurate measurements and vector details for the Scientific Explanation
PAY: The Satisfaction that comes from sharing your knowledge.


interesting info OP. thanks for sharing.

i have a theory (speculation) that the longer people are on this planet, the dizzier they may get


4. The sun [and hence the solar system] is moving towards the constellation Hercules, namely to the star Lambda Herculis at 12 miles per second [or 20 kilometers per second] which is 43,200 MPH
source: www.thelivingmoon.com...


43200
the perimeter of the base of the great pyramid?


43200
the angular velocity of the earth about its own axis?


Calculate the angular velocity of the earth about its own axis?
The answer is given in the book as (pi)/43200 rad/s
answers.yahoo.com...


edit on 16-9-2010 by Esoteric Teacher because: because i changed something


ahh forget getting home.
Pack for a solar summer, (and a few warm things just incase)
Make sure you have a spare pair of shoe's ( no idea about feet size on other planets)
a couple of tooth brush's and shaving gear
and to quote the hitch's bible... don't forget your towel!

oh and maybe a light lunch as well

posted on Sep, 16 2010 @ 06:29 AM
link
I think the need for all calculations is irrelevant with a FTL ship, unless you have a limited fuel supply. To return from light-years away, all you need to do for navigation is in-flight 'continuous' course correction toward your 'visual' destination - the Sun. Yes, this will yield an arc flight-path, and not a straight flight-path. But no concern, if you're ship is powered by zero-point-field energy. At FTL speed, you would eventually catch up with any visible object-destination - which can not be traveling at anything like light-speed.

It's not 'rocket science'.

posted on Sep, 16 2010 @ 07:13 AM
link
Well I had a nice long post written out when the backspace button somehow made the page go back, so this will be short and sweet, since it's never the same when trying to re-type everything!

Galileo used planetary gravitational fields as auxiliary propulsion stages, employing a well-tried technique used by Voyager and some other previous interplanetary missions. The spacecraft dipped into the gravitational fields of Venus (closest approach on February 10, 1990) and Earth to pick up enough velocity to get to Jupiter. This 38-month Venus-Earth-Earth Gravity Assist phase ended with the second Earth flyby on December 8, 1992. It provided, in addition to the velocity increment, opportunities for useful scientific observations and an exercise of the spacecraft's scientific capabilities.

It takes some serious maths to calculate all that!

Wow, that's one heckuva a trippy post... no pun intended. Or, maybe it was. Who knows?

But right now, the job security would be great so, let me brush up on my star charts, put some batteries in my ralphing calculator and I'll apply for the position.

Oh... you better check my math on that equation. I just found out that my last oil change was 8,000 miles back.


I've always wondered this. Imagine if one of us were able to swipe a UFO (ignoring the logistics and probabilities of that!) and travel away at super luminal speeds, ending up who knows where.

How the snap do you get back? My knowledge of the constellations is terrible. And even then, what I know is based solely on my "view" of them from being on Earth - not from a completely different direction, many lightyears away.

posted on Sep, 16 2010 @ 08:20 AM
link
The star and the planets combined within the solar system carry a unique electromagnetic signature. So why doesnt 1 just figure how to calculate this signature of combined planets and stars and then use it as a beacon. Then just get going. And when its time to return access galaxy star map and seek beacon location. Of course this data should be updated due to changes in the planets or stars structures. Stars may explode planets may interact with celestial objects changing the electromagnetic output changing the signature...

Which Galaxy was ours again? 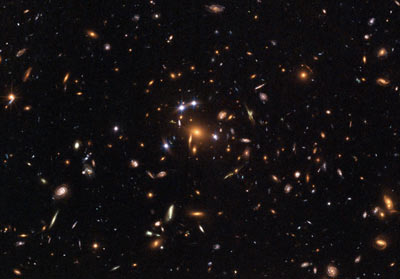 Which Galaxy was ours again?

You'd be wanting to get hold of a GPS enabled device!.... That is Galactic Positioning System, they would work in a very similar way to the GPS you have n your car, but you substitute the man made satellites for pulsars.

Of course Pulsar's pulse at very specific frequencies, so what you do is build up a database of these pulsar 'fingerprints' along with their positions relative to say Earth.....

Now after you've finished your joy ride around the Galaxy you simply hold position, have your GPS computers scan for pulsars, the more you can see the better and not only can you triangulate your position in 3 dimensional space you can work out your speed relative to these distant pathfinders.

(btw you can help build up this database with Einstein@Home - they got a hit the other week!)


ET - (no pun intended)(sort of)(it's your fault anyways) seriously? What does all that mean? How did you "happen" to know that??

Can't lie, very impressed... And, for the record, every craft needs an attorney -- so consider me in.


i learned that researching a clue for an ATS game, believe it or not.

one clue in the last ATS sponsored game was that number. so i googled it and starting looking ....

to my surpise that number was used to measure some astronomical indicators and aslo the great pyramid.

that is how i learned it less than a month ago. yes, the esoteric teacher is always a student, too.