What's up with all the Coin like finds on Mars?

I looked around and I am pretty sure no one found this one yet... but since NASA images are public domain anyway I won't tag it as mine like some are prone to do... 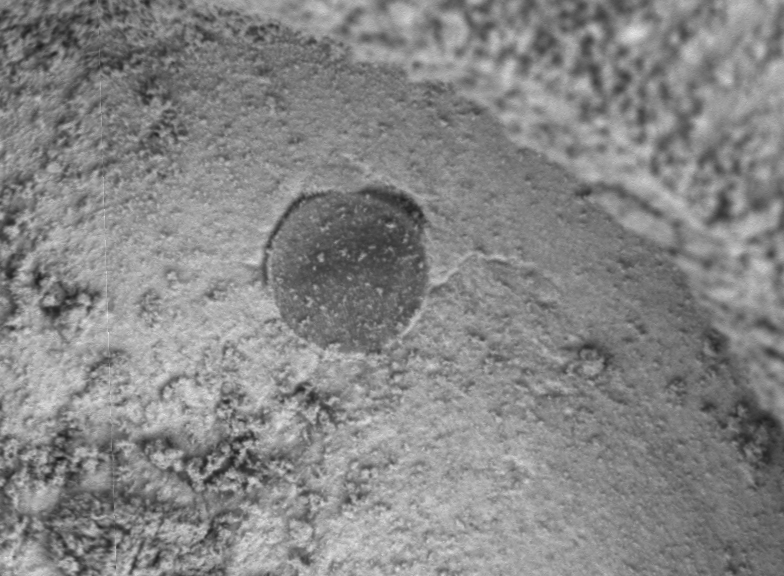 Here is the full image... 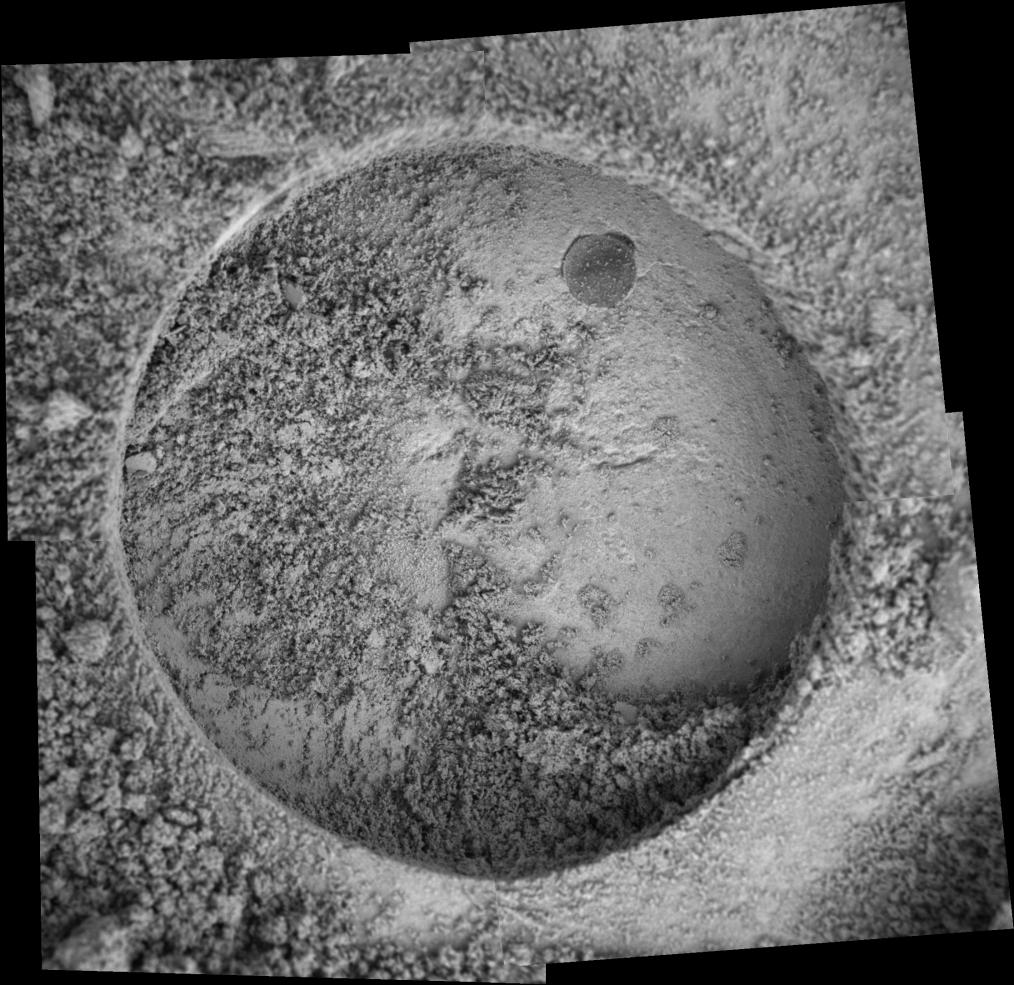 
NASA's Mars Exploration Rover Opportunity took the images that make up this mosaic with its microscopic imager on sol 139 (June 14, 2004). The target is a rock called "Tennessee," which was drilled into by the rover's rock abrasion tool. This particular grind is the deepest performed so far during the mission. The hole is 8.12 millimeters (0.32 inches) deep and took two hours and four minutes to create. The previous record was a 7.23-millimeter-deep (0.28-inch-deep) hole dug on sol 86 (April 21, 2004) on the feature dubbed "Pilbara," located in Meridiani's "Fram Crater." Image Credit: NASA/JPL/Cornell/USGS Image Addition Date: 2004-06-17

So while I was looking at that one I figured I would do my own look at the other ones... 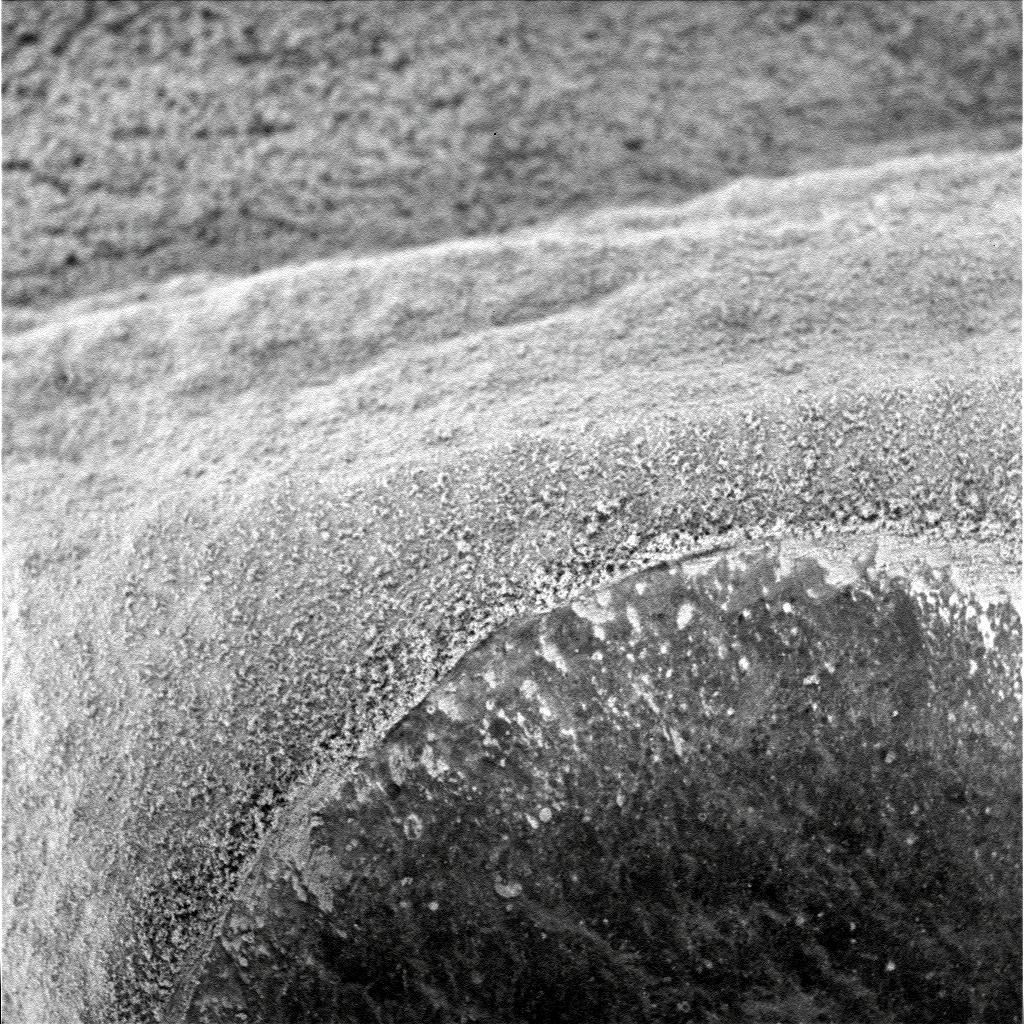 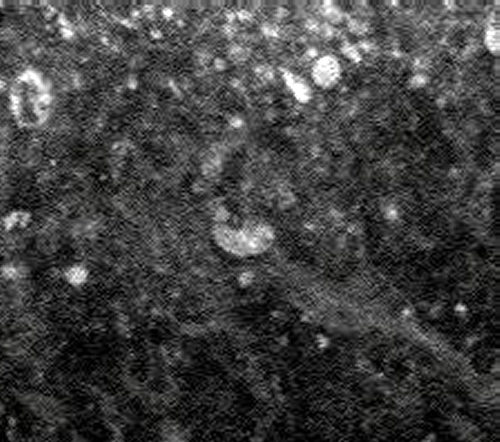 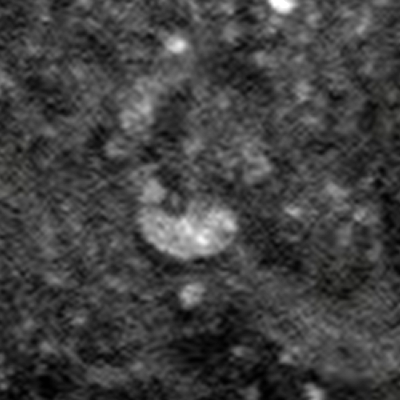 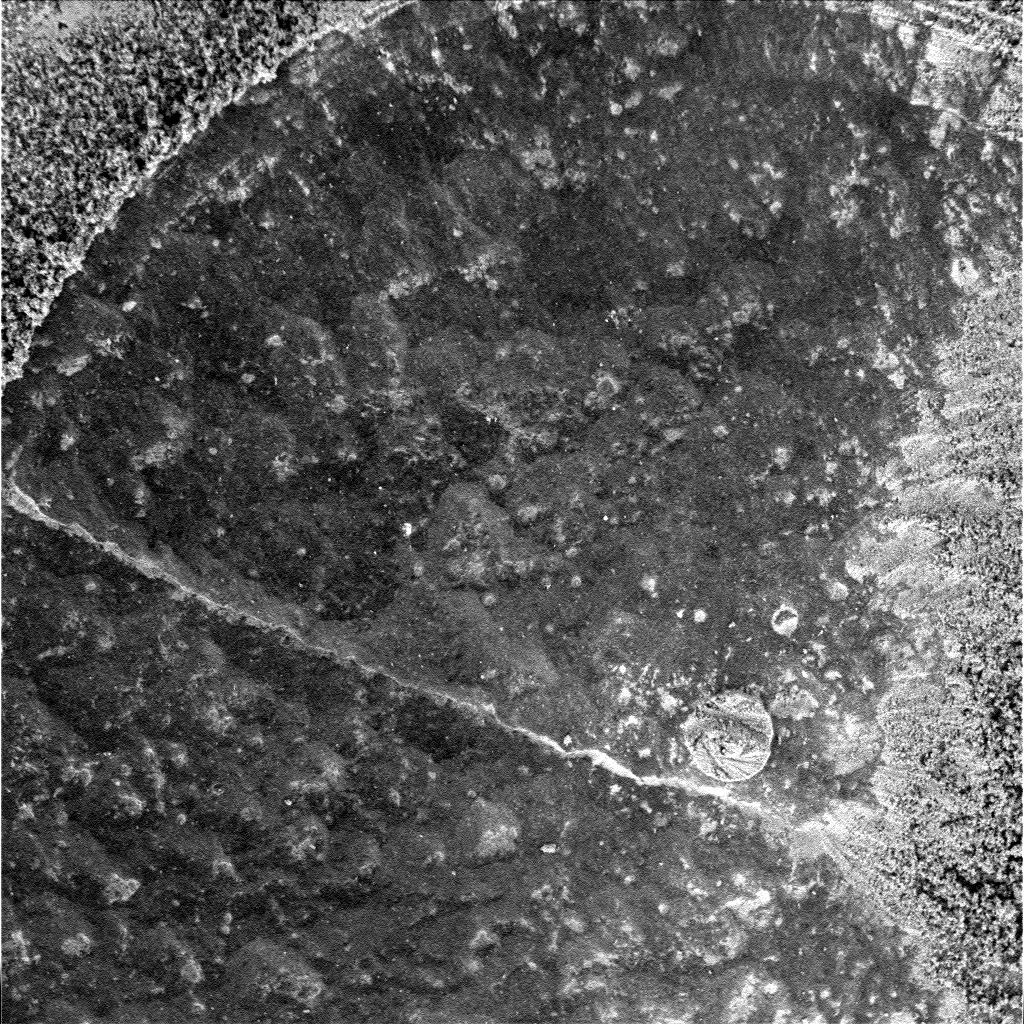 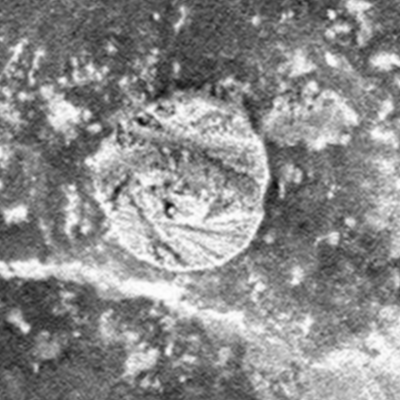 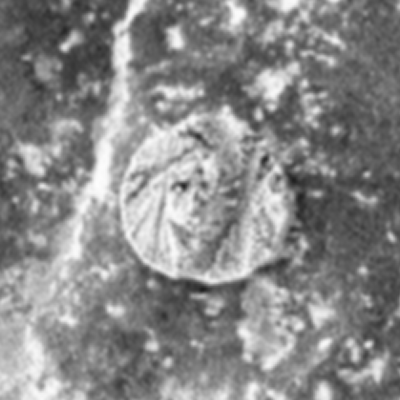 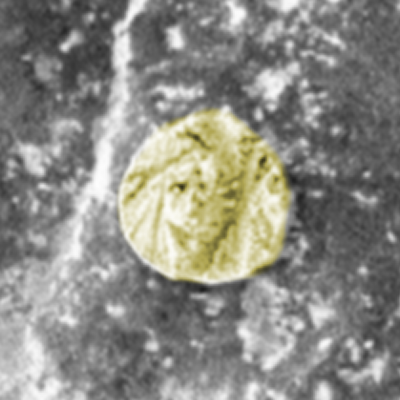 Coin On Mars?
First one Found 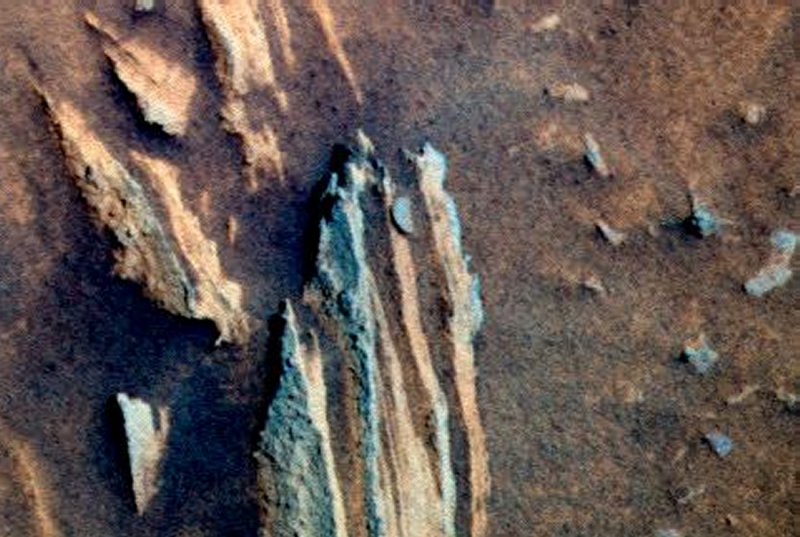 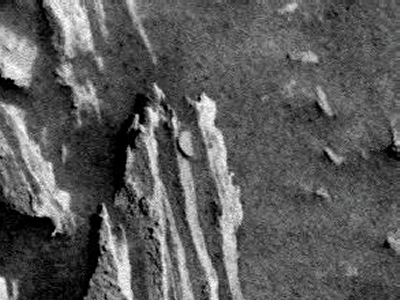 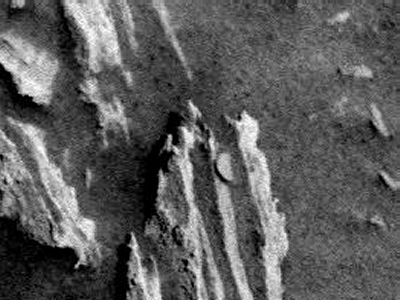 Glad you are back and in action Zorgon.

I just love seeing Mars Anomalies and you are one of ATS's most prolific researchers of the topic.

These circular ...anomalies are just perplexing.

I know you called them "coins" but could it be some sort of fossilized remnants?

Just tossing out some possibilities there.

No seriously, those do look pretty sweet, especially the last colored set. That does look very odd. I have no clue or possible explanation for it. Wonder what it is. Too bad the rovers cant pick em up or something.

posted on Sep, 13 2010 @ 04:59 PM
link
Are there naturally occurring rocks or mineral deposits like these on Earth? I don't know of any off hand.


Crap! They really do look like coins! That is awesome, Zorgon! Nice finds.

I really like the picture you coloured. Makes it look like an authentic coin. I think I even see a face

What are your own thoughts on these?

There are no aliens on Mars but there is inflation!

Am I the only one seeing a "face" on this or is it just pareidolia?
Could be a face and something by the right side, like an arm....


I see a face too. I was wondering if anyone else saw it...you confirm it.

posted on Sep, 13 2010 @ 05:38 PM
link
You know when you drop a coin and it rolls under the bed, or bounces out of your hand and down the sewer before you have a chance to grab it? That's where they end up. Mars. It has something to do with the disc shape and photon pairs. Physics and stuff.

Other than that, it might be some of those little blueberries cut or broken in half. They'd look kind of coin-like, I suppose.

edit on 13-9-2010 by Blue Shift because: My genius couldn't be contained in a single attempt.


In addition, Alien Sand Dollar/exo-skeleton does fit nicely...only because we don't know.

Originally posted by Irish Matador
I really like the picture you coloured. Makes it look like an authentic coin. I think I even see a face
What are your own thoughts on these?


Well I called them 'coins' because that is the going word on the internet and better not to confuse images. The fact that they are appearing AFTER the Rover digs a hole is interesting... what are they? No way to be certain yet we can all put in our thoughts...

BUT that one I colored... DANG IT it LOOKS like a coin... and yeah the 'face' does seem to be there, Pareidolia or not. Doesn't need much 'enhancement', you can see it in the original.

Just for fun... and to give Phage and ArMaP something to work on... I simply enlarged it and tossed in a bit more color. She is kinda pretty, don't ya think? cept maybe that nose... 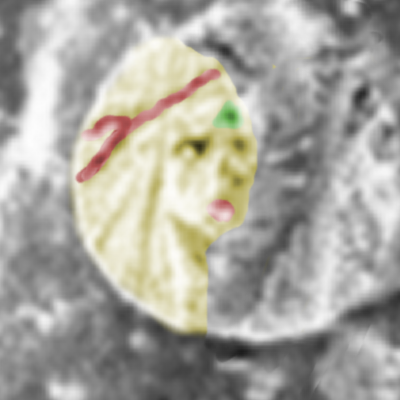 Originally posted by muzzleflash
I know you called them "coins" but could it be some sort of fossilized remnants?

Well yes they might be... I did a thread on possible Martian fossils earlier...

Here is one of the best ones, also found within a R.A.T excavation... 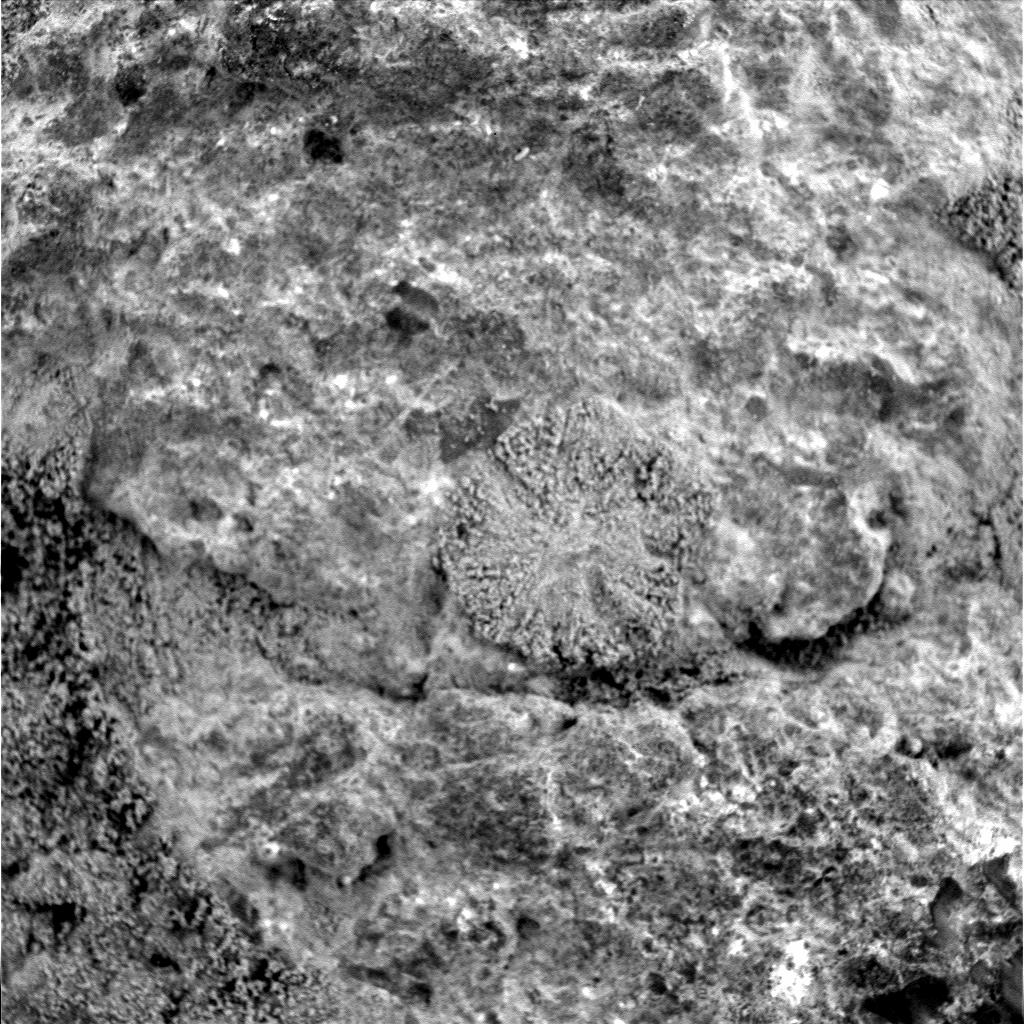 This is a similar fossil on Earth 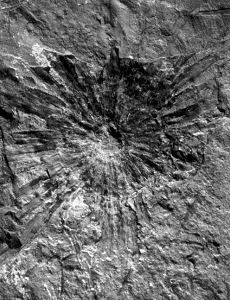 Fossils on Mars - A Collection of Evidence

The famous Rotelli 'Fossil' also came from a R.A.T hole 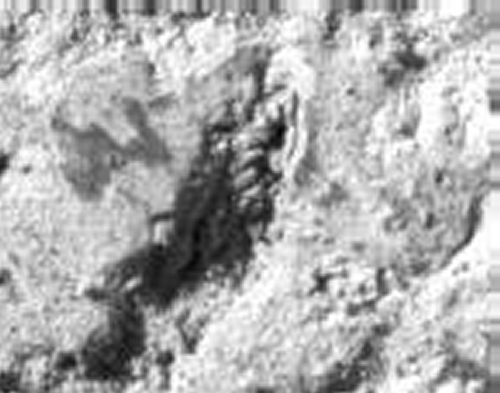 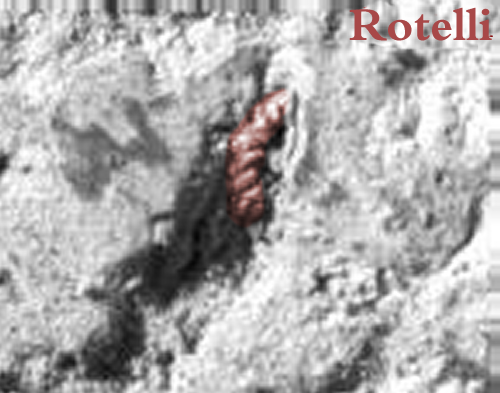 My daughter had fun hunting fossils in those images

This is one of her 'finds' 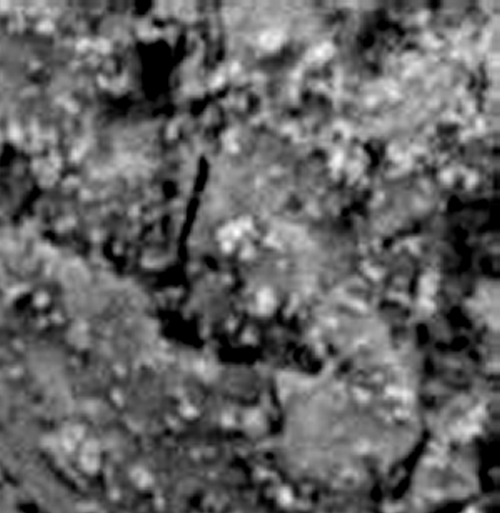 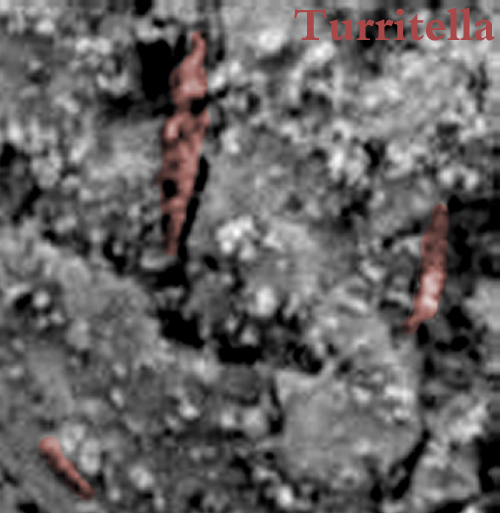 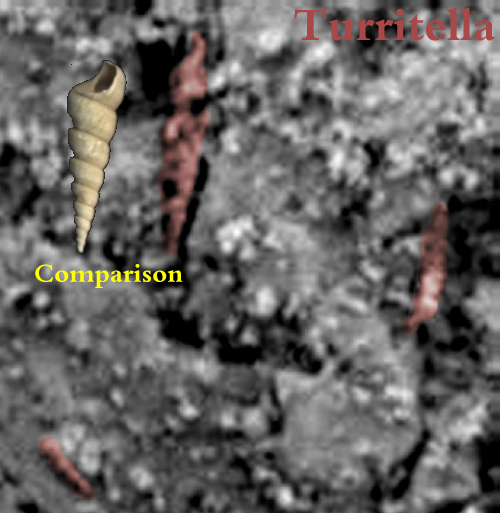 posted on Sep, 13 2010 @ 05:47 PM
link
Most of these circular objects are the so called "blueberries" that exist as inclusions within another rock when the Rover Rock Abrasion Tool was grinding the target rock and it happened to grind one down:

These Mars Spherules are quite common on the surface of Mars. And no they are not actually blue.

So obviously, when the RAT hits one it will grind it into what may look like a coin. We have similar spherules here on Earth. They are called Iron oxide concretions (Moqui marbles).

posted on Sep, 13 2010 @ 05:59 PM
link
Most are the areas where the abrasion tool has bored into rocks and using the microscopic imager to take a close up. They are available on the JPL site. Some of those coins would have to be inside rocks and so small as to be almost unseen by the eye. Tool marks can be like large rocks on the planet's surface that people see everything from buildings to skulls. Its just an optical illusion but that's my opinion. If money inside rocks gets you stoked, then more power to you.


There are "coin-shaped" rocks on Earth, called Nummulites. Here's the kicker:

I recall having circular features in some of my rock collection, in some shale. I also remember that they were identified as being a mineral deposit. But think about a geode......circular is a shape found all over the world, not just the biologicals.
I'll keep looking.......but I thought finding fossil examples first was cool.
Here's the site I first found, the pictures start about 2/3 of the way down the page.Nummulites

Good point! I didn't read very carefully, having had a circular feature in a rock before, and missed the "microscopic" aspect.
Scale is important, and not showing it on the pictures makes the word "Coin" almost void.
Circles are the perfect shape, whatever dimension they are in. Microscopic features bear this out all over the place.
Sheesh...I feel almost gyped. Good Job!

I think it's more likely to be leftovers from the rotating wire brush which is used to clean up after the cutting blades are used.
But maybe it's ancient LGMs with holes in their pockets who dropped their money and it became fossilized?


Thanks for the info! My money is on these "coins" being Martian sand dollars. I have no doubt in my dain bramaged mind that Mars's oceans once supported life.