the place where the bomb attemps was: Hotel Jørgensen at Rømersgade 11, 1362 København K

posted on Sep, 10 2010 @ 01:19 PM
link
The danish news TV 2 sources estimate that the Bombermand, he is from Holland, Belgium and Luxembourg

a picture off him 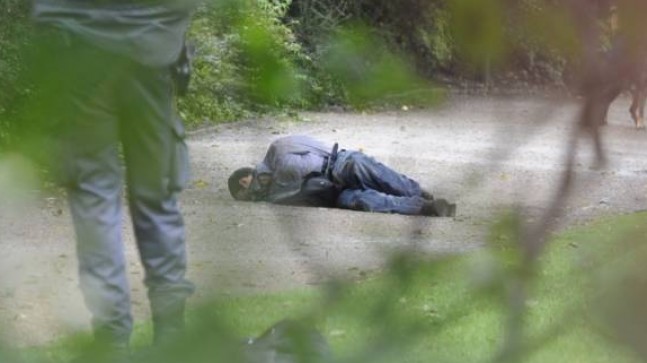 That man in this case, is now transported to hospital. And the police is still working on site. And have to secure matrials for more case objects.

Both biologicals and blast crew from the Danish army is on the location. The location is still closed totaly by the police.

posted on Sep, 10 2010 @ 02:16 PM
link
So sorry to hear this terrible news, please keep us updated as information comes in. This is an important news piece and I will *bump* it up again.

I just wonder if this has to do witht he terror threats against that minister who was going to burn the Koran?

I mean many of the terrorists cannot make it to the Americas so they create hell on earth for the people where they are... what a shame on humanity.

i mean i heard that there had been an explosion in the basement and one explosion on a toilet a few floors up.

and now they talk about it is not terror. but hell there have been two explosions, but now we must wait and hear what they say.

I do not know what is going on but the entire police force had come and PET - Police Intelligence Service.

It seems to have completely stopped. News blackout anyone?

aparently he´s born 1983 and from luxembourg but police doubt the autentisity of his passport found in the hotal room,

pretty much the wraps up of the incident

"He makes every effort not to reveal his background, He recognizes no forms of religion. "
said police inspector Svein Foldager

" some of the documents found in his hotelroom are genuine but they don't belong to
the unknown man(maybe a terroist)" says Svend Foldager.

"Prosthesis is a western European and animal model. Such models have some
form of identification that could lead back to both a company and partly to the place
where it is tailored to each person," said police inspector Svein Foldager the thigh
bone at a press today.

But nothing suggests that the suspected bomber has already thought of that his prosthetic leg could identify him.

"To show how hard he tries to disguise his identity, so is it the case that he has made
the identification number removed from the thigh bone. And of course, provides us a
challenge. This is another thing that reinforces that he did not want to be identified,"
said police inspector Svein Foldager.


He is a disabled one leg unkown man
He says he is a vegetarian
He uses three aliases: Raoul Foltz, David Francois J. de Vicq the Cumptich and His Veller.

I say : HE IS VERY MUCH A TERRORIST. Because until now he has yet been unidentified and is not known to the Interpol. And the danish police has given his Fingerprint too Interpol. he has ask for some holly-papir from the Bible and the Koran and the jews book and other holly-writings. he don't want the police to found out who he really is and that as one man ( a very old expert on the field x´police cop) that the unknown mand (terroist) is very good too hide his Face before the explostion, he did chance his look everyday too make less attention too him, and as the x cop said too That there is a chance 1 too 1000 that this man fails and that 999 to 1000 he makes it a 100% hit on the target.
at the time where he did fail and the bomb went off, he was trying to make a letter bomb.
Police think it was headed JP ( Jylland Posten ) a danish news paper that printet the Mouhammed Cartoons.


edit on 13-9-2010 by kadara_dk because: forgot about what kind of bomb he was making and where is was maybe headed


Police have already published several images and here is some new off his face after the bomb went off.


as an american, i am sorry that an american preacher threatening to burn the koran,

would make someone bomb copenhagen.

maybe we should give out maps.