I have just bought an iMac desktop !!!!

I am just curious here as I have just bought my first Mac computer.

It is an i5 iMac desktop and I did really know how it would perform as i have always been brought up on a diet of pc's every 2 / 3 years...

I have to say that this machine is absolutely fantastic and i am wondering why I have never had one before...

Just as a question what is the consensus out there - pc or Mac ???

One of the main selling points they say, is that there are few viruses in the Mac world but that will surely change if more and more people switch over ???

Apple owns my life I've been a huge fan of their innovative products for over 8 years now. Welcome to the cult mate

Okay I'll be serious now. It's true you get less viruses on Mac's but I still buy PC's because I think Steve Jobs is a D*****bag. Just my opinion though.

posted on Sep, 6 2010 @ 04:10 PM
link
If you are comfortable building and maintaining a computer, get a PC. A good config will be just as stable and fast (if not more so) than a Mac for maybe half the price. If you don't feel comfortable doing this and want something that runs out the box with little problem, get a Mac (although obviously you pay a premium for this). Pretty much it really. Ignore all this Mac/PC fanboy nonsense, they both have their place.


Just as a question what is the consensus out there - pc or Mac ???


Sorry but this question is as much valid as "BMW VS Audi" or "Red VS White" or "Snickers VS Mars" . It is all just personal preference nothing more nothing less. Only thing that You can get out of a question like that is a flame war , of PC fanboys vs Mac fanboys .

posted on Sep, 6 2010 @ 04:12 PM
link
The only experience I have had with a Mac was using one for a month while on nursing duty at a patient's home. I didn't like it because I had to learn a whole new way of surfing - I suppose that is okay once you get the hang of it. I couldn't wait to get back to my PC. Hope it works out well for you. 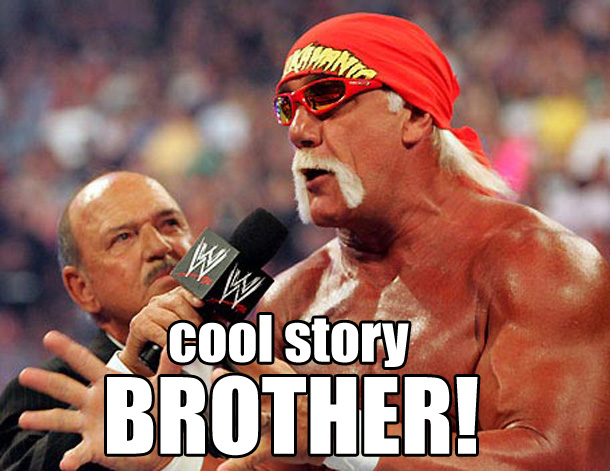 
Well the good news is if you are into multimedia, you're going to love that MAC.

For graphic design, music, hell even gaming MAC's can be amazing machines.

The problem however is that you'll NEVER be able to upgrade it. Once it's outdated you will have to purchase a brand new one.

Can't buy parts for a MAC unfortunetly, it's closed box.

This is why I always advise PC, cause you can change the parts, maintenance is easy and far cheaper than purchasing a new unit every 3 to 5 years.

Having been a pc user since i started using computers back in the late 80's (BBC micro, and ZX spectrum 48k - i still have an original ZX-80 as well) i have never looked at a MAC because my peers never used them... Now i think a little more independently than I did and i don't follow 'the herd' I made this concious decision and so far i am VERY impressed with it....

Is it a conspiracy that in schools and worklife we are pushed to 'uniformity' by using pc's..? The great unknown of a Mac probably scares away the sheep....

I don't think I shall be turning back although I have only had it for 3 days.....


matey welcome to the world of MAC!!!!!! I went from a old G4 laptop to the 27inch Imac recently.
Love my MAC!!
They're arn't that many virus's out there for them for sure but you still have to be careful. I use virusBarrier X6 but there are others out there. (especially if Jobs keeps being abit of a knob)
happy mac'in!

Is it a conspiracy that in schools and worklife we are pushed to 'uniformity' by using pc's..? The great unknown of a Mac probably scares away the sheep....

PCs are cheaper and in the business market PCs completely outweigh Macs for a variety of reasons (cheapness, customizability, software availability etc.). It's a sensible choice to teach children to use the type of computer they are most likely going to be using in the job market.

In other words: a PC is a Mac, and them some.

Like said by ATSmediPro...welcome to the cult of Mac.

Now...if we can only get you to stop advertising the tech...every new mac owner goes on to scream to the heavens and all who will listen, about how great their new mac is.

Then others switch over as well after hearing the details...

Look...we need to stop letting people know how much better Macs are...we can't allow the windows-world to join us...they must remain in the dark on this.

But again, welcome to the cult.

And yes a MAC is a PC only the OS is the big difference. I use Windows 7 pro.
As well as Linux and DSL.
In the end above all im a gamer so i go with a "PC"

Edit: Oh yeah and the price is right when you build them. For what i paid my PC has 8 times the power and speed of a (same price) MAC and i built it to upgrade it. Right now i only have 12 gigs (got to upgrade to 24)of RAM and 1 ATI 5770

But my motherboard was set up for the new golf-town 6 core CPU (did they make that yet?) Hmmmm time to upgrade mahhhhhhh ha ha ha ha

PC is a computer.

Originally posted by Ferris.Bueller.II
Apple is a consumer product.

PC is a computer.

Yes, apple has moved toward the "please the consumer market with toys and crap" these days, but their computers are tops for graphical design, film and audio work.

A PC is one of three things...a toy for gamers... an accountant's expensive calculator, or a fisher-price-my-first-programmer's platform...

MACS are tools for creating media...end of story. Calling them a "consumer's product" clearly shows you were not around much earlier then the release of the new fangled Ipod...

Before all that Ipod crap, MAC was (and still is) the leading machine for making media.

If you are a gamer, accountant or programmer, a MAC is not for you...if you work in media or design, you would be laughed at for not having at least access to a mac.

But hey...good try at filing macs as nothing more then junk...


Not true, I've swapped out graphics cards in mac desktops before. And done stuff with fans, RAM, etc...


Anyway, I got a macbook pro about a year ago and its 1000000x better than a pc, in my opinion. I hate using PCs now. In the year I've had this mac, its literally NEVER frozen, acted weird, crashed, etc.

Originally posted by Schmidt1989
reply to post by tothetenthpower


Not true, I've swapped out graphics cards in mac desktops before. And done stuff with fans, RAM, etc...


Anyway, I got a macbook pro about a year ago and its 1000000x better than a pc, in my opinion. I hate using PCs now. In the year I've had this mac, its literally NEVER frozen, acted weird, crashed, etc.


Sure if you're technical like that it's possible, and expensive, however most people are not.

The problem with getting your labtop from Mac, is that once it's gone, it's GONE, and you'll need to fork over a couple of thousand dollars to get another one.

I'm not saying that aren't great machines, my kids have Mac Book Pro's, but for business related purposes, or somebody who intends to heavily use the PC for either gaming (which eventually requires upgrades) PC is the way to go.

Anything regarding graphic design, music, photos, etc.. that should all be a MAC thing, cause they do wonderful work.

This is me speaking from a business perpesctive.

I am big into photography, I have an Olympus DSLR camera, when I got the Mac I also got the "Aperture" photo program - which I like very much also.

I have a PC as well, but I rarely use it anymore. I like the Mac much better.