posted on Jan, 13 2010 @ 06:30 AM
link
I just stumbled across these 2 pictures of the Martian landscape,taken by the HiRISE camera on the Recon orbiter.
The tree like shapes are not trees,according to the article,but are "sand trails." 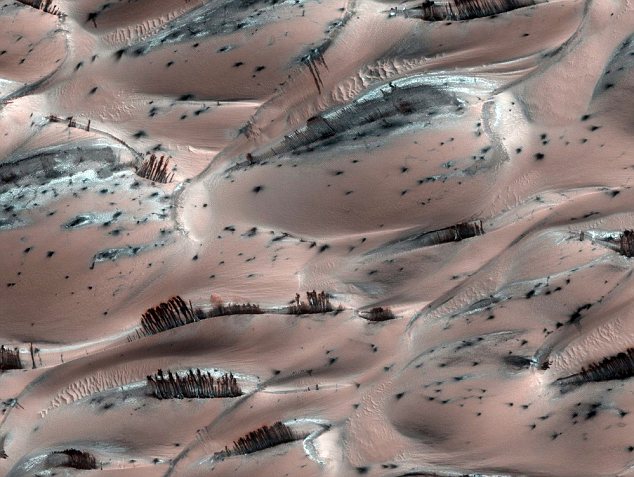 At first glance this hilly desert landscape appears to show islands of trees casting shadows on reddened soil.
But this strange winter wonderland of dusty dunes, icy rivulets and dark outcrops lies 62 million miles away on Mars. And the 'trees,' pictured by a Nasa probe, are actually trails dislodged sand. In winter a layer of carbon dioxide ice covers the dunes but this evaporates in spring causing dark material to streak down the slopes.

Part of the equatorial region: 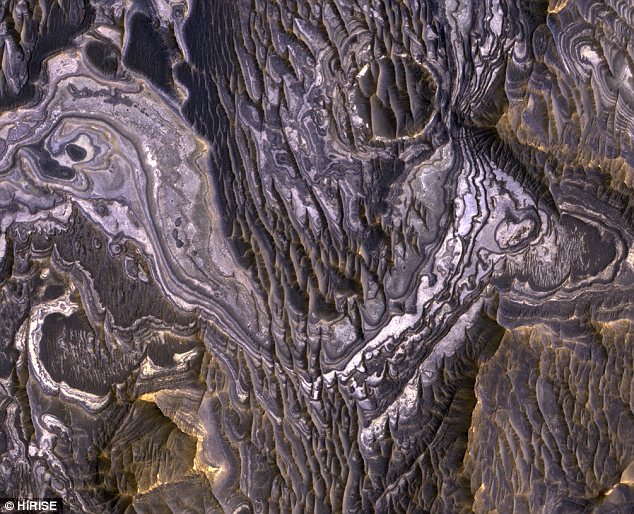 The first picture(towards the lower left area)shows an orange plume of dust,caused by the sliding sands they claim.

posted on Jan, 13 2010 @ 06:44 AM
link
Wow, that first picture really messes with your eyes. It keeps telling me TREES TREES! haha. So strange. But beautiful! thanks for sharing! I'm loving all these new images of space and such coming out. Really opening my eyes

posted on Jan, 13 2010 @ 09:41 AM
link
Theres loads of structures etc on mars. My mate who is a ufologist (the same person who set me off on this quest) showed me once pictures of mars. There are trees, water and also buildings. The picture that most interested me was one of what seemed like a long runway with buildings eitherside leading underground. Once i get in touch with him i will find a link if not i`ll "try" and copy and upload it. I warn you all now though....you will not beieve the pic regardless of whom backs the pics authenticity


Sounds cool-Can't wait to see that one!