Thanks for the analysis. When character assasination becomes more important than addressing the tons of facts put forward, we know something is else most be going on behind the scenes.


Another curious sign of an ancient nuclear war in India is a giant crater near Bombay. The nearly circular 2,154-metre-diameter Lonar crater, located 400 kilometres northeast of Bombay and aged at less than 50,000 years old, could be related to nuclear warfare of antiquity.

No trace of any meteoric material, etc., has been found at the site or in the vicinity, and this is the world's only known "impact" crater in basalt. Indications of great shock (from a pressure exceeding 600,000 atmospheres) and intense, abrupt heat (indicated by basalt glass spherules) can be ascertained from the site. David Hatcher Childress in Nexus Magazine

"The crater is formed in the basalt rock of thickness 600-700m (2,000 to 2,200 feet). This rock is made of many layers or flows which were laid by volcanic activity at various times, five of such flows are exposed at the crater rim. Thickness of these flows ranges from 5 to 30m.

The crater is about 150m (500 feet)deep and has average diameter of 1830m (1.4 miles). The elevated rim consists of 25m of bedrock and 5m of ejecta over it. This ejecta blanket is spread over about 1350m (4,400 feet) away from the crater rim and slopes away by 2-6°. The uppermost region of ejecta contains the deposits that were melted due to the impact"....www.iiap.res.in...

“Lonar is a place of obscurities, especially as the only meteoric crater formed in basaltic terrain. It has remained relatively intact due to low degree of erosion by environmental agents, making it an excellent model for study. However, several strange things happen here:


1. The lake has two distinct regions that never mix - an outer neutral (pH7) and an inner alkaline (pH11) each with its own flora and fauna. You can actually do a litmus paper test here and check this for yourself.

2. There is a perennial stream feeding the lake with water but there seems to be no apparent outlet for the lake’s water. And it is also a big unsolved mystery where the water for the perennial stream comes from, in a relatively dry region like Buldhana. Even in the driest months of May and June, the stream is perpetually flowing. Lonar generates questions and more questions”. Lilyn Kamath

Not to mention the new data from Nazca where material was found that can only be produced by going from extreme heat to cold rapidly...something normally only achieved with technology.

EDIT-TO-ADD: I didnt see your post on Bombay. Great stuff

Originally posted by Skyfloating
reply to post by deKooning


"Ive addressed the smear-campaign against Daniken on the first page. "


well, Däniken will know what relevant stories of him are true and what are not by himself.
and the swiss courts, of course.

what ´smear campain´ do you mean EXACTLY ? when? from whom?


"A few pages ago Ive shown how his foundation now funds university-expeditions. This means he has made peace with science. "


that doesn´t mean that´science´ has made peace with him, too ..
I bet he´s not any problem for them. he is not a scientist.


"Whats more is that one mistake or one misstep many decades ago does not equal the entirety of his material being invalid. "

sounds kind of relativating. he was in jail for some years.
He seems to be a liar with things which dont fit in his´picture´.

would that be that your kind of ´source research?´


When you're done with character-assasination, lets talk about the facts posted right here in this thread. Im an AAT researcher too and I wasnt in jail.

For one instance of this, see the following link regarding a "helicopter" in Egypt
www.catchpenny.org...


Reminds me of the Golden Condor from the 80's childrens series Mysterious cities of gold, the plot to this show was amazing, it was a fictional story based around real facts and artefacts - bit like a kids version of the di vinci code: All the same a briliant show and an insight into people were thinking this in the 80's, and unleahed the idea upon a generation - makes you think id they were making 'think'. It certainly worked on me, this show made a real impression on me. It wqs quite an indepth story unusually found in kids tv shows.

Interstingly the name of the lead character 'Esteban' has quite a fitting name considering his charachters abilities: www.biblical-baby-names.com...

The best work on AAT today is, in my personal opinion, published by the Swiss "Ancient Astronaut Society" which unites hundreds of scientists and researchers presenting their latest findings in journals. Many of these do not make it to the bookstore although they contain true gems of AAT. Some scientists do not want them to become too popular as not to diminish their reputation in academic circles.


well, that was just what you wrote on page 1.

Erich von Däniken is the founding figure of AAT. didn´t you know that?


I wonder how many others looking into currently into our ancient past did too??


I never saw the show but with all the religious and darwinist brainwashing going on in school its good that kids at least get to see an alternative viewpoint.

Did you know about newly found anomalies in Nazca? Or about how Chinese Archaeologists are asking how the very beginning of their culture could be more advanced than later Dynasties (similar to Egypt)? Or about the ancient nano-spirals dug up in Russia? Or about a mass of ancient reports on flying craft?

Do you know how long Daniken was in jail?


You missed out on something quite genius - still watchable today.
I was glad i was an 80's child ;o)

Originally posted by Skyfloating
reply to post by anti72

Did you know about newly found anomalies in Nazca? Or about how Chinese Archaeologists are asking how the very beginning of their culture could be more advanced than later Dynasties (similar to Egypt)? Or about the ancient nano-spirals dug up in Russia? Or about a mass of ancient reports on flying craft?


Do you know how long Daniken was in jail?

I've been trying to find the name of that nano-sprial for ages - thankyou. I had read about it a while back but could not find out anything on it again and i couldnt remember where they dug it up. I wanted to find it again when i was reading about Nikola Tesla and the Tesla Coil - Ancient technology eh,

posted on Dec, 8 2008 @ 08:00 PM
link
Sorry if my previous post went a bit far, I did edit it soon after to a more intelligent response to the trolls


Again since you didn't reply to my question from page 15, who are you to judge the "factual" information on this thread? Are you a historian? What exactly is your profession? Sky has posted credible source after credible source the only thing I've seen you put is your opinion followed by absolutely no "factual" information what so ever. Your calling Sky's information lies, how bout you ante up on what sort of information you have that can DISPROVE ALL OF THIS. Other wise I suggest you become a historian then debunk this topic, until then your just a leaky sink.

posted on Dec, 8 2008 @ 11:36 PM
link
My opinion on this is that through the ages, all major discoveries that have ever been made that could make us "question" what we believe to be true about our past, our ancestors or our true origins have been either supressed, destroyed or hidden by those in power.

Because I really believe that if we were told the absolute truth about all this we would go into a state of shock, well most of the world anyway.

I believe advanced ancient civilizations have existed before us, and those that are asking for proof of "nuts & bolts" i'd like to ask them, what is the possibility of finding a screwdriver that was buried 100 million years ago, the earth is billions of years old it is huge by our standards, and who is to say those civilizations even used bolts or screwdrivers, they may have used something completely different to our knowledge, it might have been something "organic" in nature that simply became a part of the soil over the course of thousands of years.

Anyway, my knowledge on this subject is pretty limited, though i do find this extremely interesting and read about it any chance I get.

My belief is that life exists on other planets and other galaxies, it is impossible for us to be the only living, intelligent beings in a universe so vast, and to think we are is the appitamy of ignorance.

The fact that people from the 14th 16th and 17th century have UFO's in their paintings is more than enough proof for me.

They had no knowledge of Airplanes and Black OPS secret technology back then, so yeah, that there is all the proof I need.

Originally posted by Skyfloating
reply to post by anti72

´´Did you know about newly found anomalies in Nazca?´´

´´Or about how Chinese Archaeologists are asking how the very beginning of their culture could be more advanced than later Dynasties (similar to Egypt)?´´

this is a worldwide phenomenon. this happens.

´´Or about the ancient nano-spirals dug up in Russia? Or about a mass of ancient reports on flying craft? ´´

flying´crafts´ needn´t be explained as ´high-tech´. this stories come from an oral tradition, the background is religious.


I saw Däniken twice at his (commercial) shows in germany and swizerland.
I know some of his books and found it interesting in the 90ies.

Here´s a VERY GOOD site of an german archelogist, who explains most of the popular scientific failures in this context.


topics:
-Electric lights in Egypt?
-Baghdad-Batteries
-The "Lamp"
-The translation
´´Undeniably to interpret as lamps...´´
-Egyptological issues
-Bible and Technology
-The Manna Machine
-The Orion-Theory
-Technical examinations:
The shafts 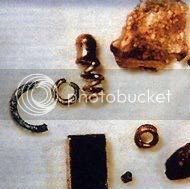 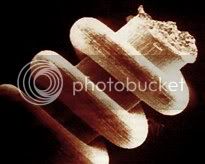 
I heard that story. It’s nothing special. The group of investigators from discovery channel go there to watch close that case. At first they find out that this spirals are something unnatural. Some expert said it is not possible that are human manufactured objects and other experts claims that this elements are hundred thousand years old. After that they discovered that this mysterious alien made artifacts are thrashers from nearby factory which dumps its everywhere in whole neighborhood. Haha. In my opinion that myth is busted.