We conclude our interview with author and ufologist Timothy Good. We hear about UFO Sightings from all around the world. Bill, the Skeptic Overlord, answers member questions. Springer gets to finally rant about something that really bugs the hell out of him. A new "Mystery Guest" gets up on the Soap Box, and then we wrap it up with "The Rabbit's Rant". 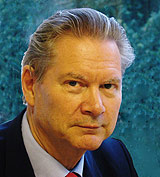 The Dave Rabbit Tribute To The Soldier Video.

I started this post with one intent in mind; to simply give my opinion. However, the more I thought about it, the more it pissed me off too. So, instead of just giving my 2 pennies worth, I'm going to go on a full-out rant on this as well. Consider this my installment of "The Assimilation Game".

There is one sure-fire way to prevent prisoners from going back out into the "real world" and committing more crimes. It's a very old method of punishment that was used about 300 years ago, but it seems to be considered "inhumane" by current administrations. What I'm talking about are the stocks.

Think about it. You're convicted of robbing a convenience store, and are sentenced to 3 months in the stocks. The stocks provide a simple means of detainment, while preserving the intent of the law; rehabilitation.

This idea needs to be broken up into it's component parts to make it more understandable for the laymen and women. There's the cost of production of the stocks themselves, the cost of the detainment, and then, not to make light of it, the humanity of the prisoners. So, lets get started...

With the aforementioned criminal, he's been sentenced to 3 months in the stocks. Some will contend that the stocks aren't cost effective for the detainment of people, when in fact, they are much more economical than one might think. All it costs is a few hundred dollars to make them, versus how much to actually hold the criminals in a cell inside of a facility?

What's to prevent the criminal from having his compatriots come and break him out in the middle of the night, you ask? Great question!! This enters into the methods of detainment, which includes the stock designs themselves.

The stocks would be made of wood indigenous to the area in which the criminals are being held, and they will be reinforced with a durable metal, such as steel or iron, for longevity. Each one will be made with two positions, sitting and standing. Well, the "standing" position isn't really a standing one in truth; it's merely a hunched over one. This apparatus is not intended for the comfort of the individual, as one can see. We didn't ask them to go out and commit this crime, now did we?

What should happen if someone attempts to break out a prisoner? Well, there's a guard tower with two guards in it. The entire facility is an outdoors facility, which is surrounded by spotlights. each of the guards has a rifle, and will be trained to shoot to maim if someone tries an escape. Anyone caught as a result of an escape attempt will be returned to their stock, where they will finish their term for the crime they originally committed, as well as a mandatory 3 week penalty for attempted escape. Each person that tried to aid and abet the criminal will also serve the remainder of the criminal's sentence, including the addition of the 3 weeks. This is to insure that all can learn from the experience. All subsequent escape attempts will add yet another 3 weeks to the end of the sentence.

[NOTE: The sentences are merely abject by myself, and are not indicative of an actual sentence by a judge.]

Now, is this humane? Well, this question takes a bit of time to answer. One argument that will be made is that the prisoners are left out in the open, to be subject to whatever weather comes. This is not entirely true, as we'd either allow their families to erect a small shelter that will prevent them from being exposed to the elements, or we would allow the more nonviolent ones to work for a shelter. The more violent ones would be forced into a situation of having to have family help them. These shelters would be no more than a clear piece of plastic that could be affixed to a number of poles around the prisoner. The purpose here is simply to keep them out of the elements, not to provide privacy, as privacy would help escape artists.

As for food, they would be provided the bare essentials that the state can provide. Families also reserve the right to bring food to the prisoners, so long as they don't try to help them escape with their meals, else they end up in the same situation as the aforementioned prisoner and his compatriots.

So, what good does all of this do, you ask? Another stellar question!!

This system of punishment serves one purpose, and one purpose only; it's designed to minimize time in punishment, while getting the maximum benefit out of the time served, for the least cost. Imagine, if you will, a prison in the town square. Each prisoner held there will have their crime placed on a placard beside them, with the length of their sentence on it, and their release date. All can see this as they pass by. Simple crimes would only have small sentences of 2-3 days, unlike the 6 month minimums now.

Also, prisons would not need to be constructed, as the detainment facilities would be open fields with stocks in them. This would cut down on maintenance costs, as well as the need for teams of guards to quell riots that break out. There will no longer be gangs of thugs in prison that gain control of the internal economy, as there will be no economy to control.

And I think the most important aspect of this whole thing is the effect that this will have on the prisoners themselves. How long do you think you'd be able to stand in the stocks? I'd only probably be able to make it 2 hours before I succumbed to the exhaustion of standing there. These people would have to do it all day long, every day. Once they get out, they won't desire to come back AT ALL. As such, they will do whatever they can to prevent their having to come back.

And that, in spirit, is what the whole justice system is all about anyway; the furtherance of the HUMAN quality of life.

Sorry for the long-winded rant-fest there guys, but I got a hair crosswise, and I had to speak my peace on this. If you want to talk more about this, you know where to find me.

In the guard tower,
TheBorg - Assimilator of All


Yeah... I don't know, maybe it's just me..... but I'm sick and tired of seeing innocent people be killed by F ING idiots for a few bucks that have just been released from prison because of overcrowding. And yeah, as I said, Johnny makes some sense too...... don't know if there is a perfect answer on this..... but it breaks my heart to see people's lives snuffed out before it is even started.

posted on Mar, 28 2008 @ 01:57 PM
link
Excellent show guys, thank you very much fore part one as well as this one. and strrd.
Mr. Timothy Good, I am a Dutchman who studied the Extraterrestrial phenomena for about some 36 years now.
And during that time I read some of your very interesting books and articles in the once existing Ufo-magazine of the sadly and then absolute to early deceased Mr. Graham Birdsall.
I listen more then once to your excellent and very impressive interviews on Coast to Coast and now here on ATS.
It is for me personally a great privilege to has and have the opportunity to read and listen to your outstanding work and knowledge that you have of the Extraterrestrial phenomenon.


Well Borg, and Dave Rabbit, I do feel your points on letting criminals out too early, and that letting them out early versus paying more to keep them in there is not the right thing to do, that if it costs more to keep them longer, to pay more. This sounded good to me, until I recalled one thing..

.. that our country, that is .. the United States of America, has more people incarcerated than any other nation on the face of the Earth; on top of this, over 70% are men of color. So then how far can it go, and isn't that just a side effect of something else uniquely messed up regarding our society, compared to other societies? I mean .. if we're already the #1 Prison country, what happens when we double the number of incarcerated people? Where does it end until everyone is behind bars for one reason or another?

As to what Johnny said, forcing released inmates into a halfway house so to speak, with some sort of state or federal run rules etc, but also professional help in getting a job as well, this would be a great program. I hope a Democrat gets elected so we can see such a program come into existence, as all know a Republican would never fund such a program for inmates; they want them to commit crimes again and go back to jail you see.

posted on Mar, 29 2008 @ 03:07 PM
link
In many respects, prisons in America are too cushy. Nobody's afraid to do time because...in quite a few cases...they live better inside than they did on the outside.

Yes, I know there are some places like Jolliet or Fulsom that are seriously "bad news" institutions...but...those also happen to be the places where they put the worst of the worst. I don't want to see first time light-weight offenders put in with Hannibal Lecter...but...I do want prison to be a scary place.

There is another factor. Too many crimes have become status symbols. In certain neighborhoods, you're not taken seriously until you have done some form of jail time. Even among high paid white collar attorneys, its considered cool to have a drug bust or a DWI (or two) on your record. It means you "know how to live..."

Otherwise, I'm with Dave. Too much law, not enough enforcement.

posted on Mar, 29 2008 @ 11:23 PM
link
Touche'!! I love you guys. Point well taken. Dave please put the 2x4 down.
I want to thank you guys for addressing my question. And I want to thank SkepticOverlord for an honest answer.

I have to admit that being on the FREE end of the deal, it's easy to take for granted all the hard work you cats put into what you do.

I get the self promotion, but should I see a McDonald's ad, I would be sad.
But know this, I would gladly buy a cheeseburger today to enlighten the masses tomorrow.

AboveTopSecret.com has been my portal of info since introduction(word of mouth)And it will continue to be so.

You guys rock and I hope I didn't disrespect you in any way,I meant no disrespect.

As you were
Creepy81