posted on Apr, 4 2007 @ 08:19 AM
link
This is in the hear-say stages but worth mentioning. There are no credible links to this yet but this segment (the source) has been quite accurate in the past.

This morning on the way to work I was listening to a local radio station (KLUV) as usual. Jody Dean and the rest of the crew are bright, articulate, and usually funny. Several times a week they do a Hollywood insider spot. I can't remember the guys name, but he's "in the know" and regularly golfs, eats with, and parties with the Hollywood producer crowd. (Jody Dean is somewhat of an insider himself.)

This spot is usually very good about leaking information that you don't usually hear elsewhere. For instance today he mentioned that a movie about the 2000 "hanging chad" presidential election is in the works. (seriously)

Then I hear the shocker. He (I'll get his name in the next couple of days) said that there were some serious rumors that a skeleton from Hillary's closet is talking. An old college roommate is said to have had a lesbian experience with Hillary and is starting to talk about it. This could get interesting. Is it just a rumor, a pay-off, or an actual story?

Rumor for now, but obviously a serious one worth discussing here. What this would do to Hillary's campaign I can't say, but it would most likely sink her battle ship if it's true. Once you become the issue you lose the election.

Any one else hear similar rumors? I'm not talking about chain email stuff.

I don't think we should hold candidates or anyone else for that matter accountable for some things they might have done when younger or in college.

It's not illeagal to be a lesbian or to participate in lesbian acts, so I say what the heck.

posted on Apr, 4 2007 @ 11:31 AM
link
It is a shame that people would use this type of information for political capital.

I am no fan of Clinton, but I am a fan of people's rights to privacy.

The whole US political scene is disgusting and reflects very badly on the regular Joe and Jane who just want a nice peaceful life, raise a family, enjoy friends etc., it also portrays our country in a sad sad light.

posted on Apr, 4 2007 @ 11:38 AM
link
Hillary involved in a lesbian interlude? I'd say she's improperly equipped for such a dalliance.

posted on Apr, 4 2007 @ 11:40 AM
link
You have to wonder if this is a ploy to tarnish her "woman vote". I think she would get lots of votes just for the fact that lots of women would like to see a woman in the White House. This could turn her favorable position on it's ear if it's true. Would women still vote for her if they view her as a lesbian? Bill got away with the pot smoking so it might not do a thing but I do think it will kill the votes she's stealing from the conservative side based on her first woman in the White House status.

It does seem odd that this would pop up after all these years. Does this person really care, are they wanting their 15 min. of fame, or are they being pressured/paid to come foreward to disclose the truth? I'll do some more digging to see what else I can find out about this.

Originally posted by Mirthful Me
I'd say she's improperly equipped for such a dalliance.

posted on Apr, 4 2007 @ 01:04 PM
link
Obviously this isn't an old rumor. The following is from The Truth About Hillary: What She Knew, When She Knew It, and How Far She'll Go to Become President . You might say that this is going to be her Swift Boat hurdle.

the culture of lesbianism has influenced Hillary's political goals and personal life since she was a student at Wellesley, an elite college near Boston
she 'embraced' revolutionary lesbianism when she was young and tolerated her husband's philandering because their marriage was a largely sexless political convenience
She said she was passionately in love with her husband, but many of her closest friends and aides were lesbians. Everything was ambiguous
Chelsea Clinton was conceived as a ploy to cover up Hillary's sexuality

Who knows what she did in her college years

Originally posted by dbates
Then I hear the shocker.

Are you shocked that she's bisexual or shocked that the woman is brave enough to come forward and face the deadly Clinton machine?

I'm not shocked at the allegation of bi-sexuality.
I am surprised that someone is brave enough to come forward.

The Main Stream Media (MSM) won't touch the subject though. They seem to be pretty much acting like cowardly dogs hoping for a pat on the head or a new bone to chew on.

If you can't let loose in college, when can you ?

I don't see how a sexual escapade 40 years ago could effect her ability to run the country. If anything, it makes her more human. This might even make her more appealing to the male voters, I hear girl on girl action is very popular amongst the guys. 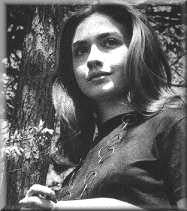 And really, who hasn't swung both ways at least once ?

And really, who hasn't swung both ways at least once ?

Me, I haven't swung both ways.

Me, I haven't swung both ways.

I can understand that, it may be a personal choice, or a lack of opportunity, or any number of reasons. Personally I think you missed half the fun, and I don't think I'd repeat some of the stuff I did back then when I was young. But hey, I was young.

I also don't think I should be judged for those actions today. I'm not the same person after so many years have past.

If this rumor about Hillary is true, would it be a deal breaker when it comes time to cast your vote ?
I would hope not.

Hey Shar,
If you do decide to swing, don't get too kinky on your first time out. 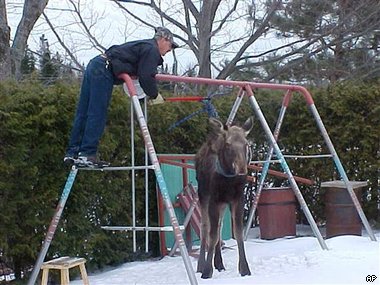 What Clinton did or didn't do in the past will not make my decision. I just already know I won't vote for her. Do I have to vote for any one this time? There's noone I like.

My first thought when I saw the swing was a converstation I had with a longtime girlfriend. Now she was away with her husband in another country for a few years and we lost touch of each other. Anyways, about 10 years later we ran into each other. Talked alot got caught back up. You know girl talk. Then one day over the phone she asks me, "do you swing?" I thought what a silly question. But I said, " Yes, of course I love to swing." She got all excited, "really." "Yeah, why" Then she said, " You do know what I'm talking about don't you? And she preceeded to tell me another way to swing." Wow, How embarrassed I was. "No I don't swing then" However, It looks like the Donkey swings. LOL.

Originally posted by anxietydisorder
who hasn't swung both ways at least once ?

Me. My husband too. Most people.

Originally posted by laiguana
Who hasn't had a lesbian experience? That's all I'll say.

posted on Apr, 5 2007 @ 02:14 PM
link
Personally, this sounds like someone trying to get their 15 seconds of fame, but mind you, if it were to surface that Hil has/had lesbian tendencies, that could prove disasterous for her campaign.

In my opinion this sounds almost like the swiftboats for truth or whatever that group was that squashed Kerry's dreams right in front of our eyes, but maybe a little less organized.

Maybe we will see a Lesbians against Hillary group emerge?

posted on Apr, 6 2007 @ 04:19 PM
link
Having a bi-sexual experience or two is no big deal these days. I highly doubt it will change anyone's mind about voting for/against Hillary. Everyone pretty much already knows if they like or dislike her.

This means nothing to her campaign.

Originally posted by dbates
The Truth About Hillary: What She Knew, When She Knew It, and How Far She'll Go to Become President .

You might say that this is going to be her Swift Boat hurdle.

- Let that be a warning to us all.

the culture of lesbianism has influenced Hillary's political goals and personal life since she was a student at Wellesley, an elite college near Boston
she 'embraced' revolutionary lesbianism when she was young

- I'd love to hear what this is supposed to actually amount to......I suspect it's nothing more than her standing out, in the 1960's, as being against prejudice and homophobia.

- Must come as news to Chelsea.

But I note the Clintons having a child is just a 'ploy' according to this.
Swift-boating indeed.

Hmmm.....I just wonder how even-handed this kind of obvious political journo-ism is.
I wonder how many (male) republicans have been held up to the same standard, huh?
How many of them have ever had their marriages & kids written off as small and nasty political contrivances in this kind of book?

......and frankly if someone with the kind of known past GW Bush has had can become Pres of America then I doubt a highly questionable report of something of a very highly private & personal nature that may or may not have happened decades ago is going to amount to much here and now.

It's a little sad that this has happened but it is gratifying to know that calling someone a queer and hoping 'the people' will react negatively and that it will hurt them (for that is basically what this amounts to) is not going to.
A minority may perhaps but not the majority.

I have a feeling that after the disgrace of the 'swiftboating' last time these kinds of tactics will rebound.
I certainly hope so.

One things is for sure, 'political debate' this is not.

why would it matter if she was a full on lesbian?

and anyone calling this woman "courageous" is really blind. what's so courageous about selling out someone you had intimate relations with?

sure, the clinton political machine is there, but what this woman is doing is no act of courage.