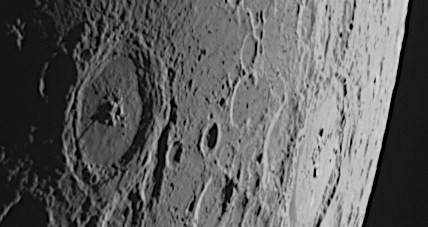 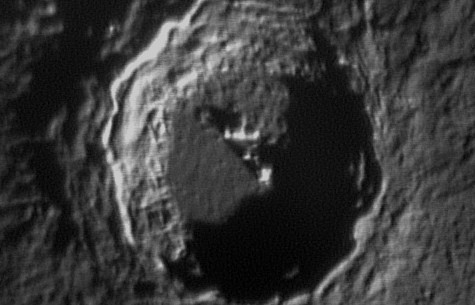 The description for both images reads as follows:

posted on Mar, 9 2007 @ 01:20 AM
link
Can anyone identify what these objects are, eroded from the craters specified above? Much appreciated,

posted on Mar, 9 2007 @ 01:42 AM
link
I just don't understand this, I mean theirs how many registered and visitors on ATS right now and no one can come up with an explanation?

Who's On - There are a total of 82 registered members and 1312 visitors on AboveTopSecret.com domains right now.

posted on Mar, 9 2007 @ 01:48 AM
link
I've always understood those features as a rebound from the impact.
There is probably an official name for it..

But it's the equivalent of a "frozen splash" as the center of the crater rebounded from the impact of the meteor or comet that slammed into the surface.

oh, I wanted to add that in some cases, it's theorized that an impact would also cause some magma to seep up through the center of craters as well.
I would expect those type of features to be quite a bit older, when the moon was more geologically active..

posted on Mar, 9 2007 @ 02:25 AM
link
I'll echo what spacedoubt said. You can find tons of craters with central peaks all over our Moon or just about any place with lots of meteor impacts. Here's a link that talks a bit about it. www.solarviews.com...

posted on Mar, 9 2007 @ 05:57 AM
link
It does seem somewhat "convenient" to have a lot these formations dismissed by the natural occuring 'impact rebound reaction' for a lackof.

But doesn't matter really... plenty of pretty solid proof in John Lear's forum.
www.abovetopsecret.com...
This thread in particular. Around page 20-35 have much of the "smoking guns", thanks to Zorgon, John Lear and co.