What will happen after Bush?

posted on Oct, 16 2006 @ 02:33 PM
link
Lets look at what will happen when Bush is out of office and a sane person enters office at the whitehouse.

Be it if this will happen trough normal elections in 2008 or if it turns out Bush and Co actualy had something to do with 9/11, people finaly got fed up with the law changes Bush made or something like him being called back for all the lies hes spoken over the years (Iraq reasons for example).

No matter what the reason is, someone unrelated to the Bush group enters office.

Now, my question would be, what now?

Will this new goverment restore the US Constitution and undo all the laws Bush & Co made that have pritty much nulled the Bill of Rights and big parts of the Constitution?
Or will they use these lawchanges for their own ends?

Who do you all think, would, if elected president, do the right thing and restore the US to its original form, with the complete constitution and Bill of Rights re-instituted?

posted on Oct, 16 2006 @ 02:43 PM
link
the old country is dead my friend.. Big coporations own this country now.. It sad but who ever wins will win because the big coporations had a hand in it... I dunno who it will be it better not be hamster face clinton though...

more than likely, whoever replaces the bush regime will just take advantage of all the power bush has accumulated for the presidency. of course, bear in mind, it's not the president's job to restore the balance of power alone, the courts and the congress have to act also...
also bear in mind...there are no sane people in the US...we're all nuts!!! of course the group in washington are nuttier than the rest of us.

posted on Oct, 16 2006 @ 02:50 PM
link
All the family I got in the US, all the people I grew up with and all the people I still know over there are neither nuts or dumb, so I disagree there dawnstar.

Lets expand the topic and also see what would be needed then to get the US back on track?

Originally posted by thematrix
Lets look at what will happen when Bush is out of office and a sane person enters office at the whitehouse.

Hillary will be in office in 2008 so there won't be a 'sane' person going in when Bush leaves. She's brilliant but in an evil way. She might be sane and evil .. or just plain evil.

posted on Oct, 16 2006 @ 02:54 PM
link
hey I know, let's outsource the job of president, vice president and congressmen and representatives out to china!!!

by the way....either you misunderstood me, or you kind of made a mistake in your post...because the way it is written, you seem to be agreeing with me.

posted on Oct, 16 2006 @ 02:57 PM
link
I agree, its a corporate world now.
Your vote doesnt mean jack any more.
The last time, an americans vote counted, was when they put clinton IN office, and but GW Snr out.

The public cut short his reign and his plans then, and rest assured they arent going to just give the whitehouse up again, especially after how far they have come.

Any other person in the whitehouse will make public the true motives behind this current administration...

I honestly expect to see Condi, Or something who's very invovled with the current leadership.. unexpectidly win!

Thnk about it, when everyone screams curroption, and fraud..
they will simpyl say your a racist.. and your against a black female president.

Its like all the pro bush people here today, they attack your morals when you criticse bush, they dont care for the damage he's done and will do.
I can already see people criticising the decision to have condi as president.
And they'll snap back saying your a racist, and a sexist.

posted on Oct, 16 2006 @ 03:05 PM
link
I dont trust the Democrats or republicans... We need to change this countrys current direction.. I would almost vote independant.. maybe the average joe would know how to run this country better.. And wont sale out to corporate greed.. But that wont happen.
The $$$ just isnt there.

posted on Oct, 16 2006 @ 03:06 PM
link
For all the documented lies and disgusting statements Rice has made over the last few years, they shouldn't even allow her to run for president.

And yeah, I agree, to imagine Hilary in Office is plain nasty, but Rice is even worse imho.

There are only 2 woman that, when simply seeing them, give me chills down my spine and those are Rice and Clinton.

Dawnstar: I disagree that the US people are nuts or dumb in general :p thats the extent to which I disagree.

posted on Oct, 16 2006 @ 07:05 PM
link
maybe they should put a black man in Office! hey who knows if Tupac turns out alive and runs for office maybe he'll win LMAO!! naw just playin but hell if Hillary wins it's gonna be the biggest mess the US will ever get into!

Hmm,hopefully i'll be able to watch the president give a speech on t.v and not laugh while he is speaking.

Well, after the celebration, i would say the next Diabold-elected Republican will probably change a few things, not many, or Hillary will be the most welcomed thing since apple pie.

Originally posted by thematrix
Lets look at what will happen when Bush is out of office and a sane person enters office at the whitehouse. 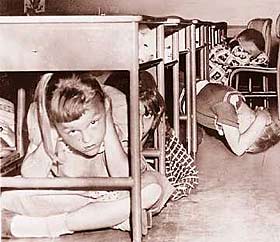 She's going for the Oval Office. 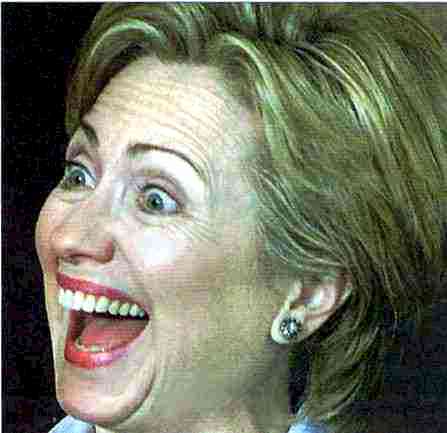 This may belong in the BTS Prediction Forum, but she will be the next President to use nukes on a perceived enemy of the United States just to prove her strength.

If she did run I'd probably go on and vote for her at this point.

The hardest part of the cloning process was not getting genetic's right, but keeping the database of bush-isms synchronized across 25 bush-bots. Thats where all the black budgets really go.

Originally posted by thematrix
Lets look at what will happen when Bush is out of o
Who do you all think, would, if elected president, do the right thing and restore the US to its original form, with the complete constitution and Bill of Rights re-instituted?


You might find the answers to most of those questions right here.


Originally posted by thematrix
Lets expand the topic and also see what would be needed then to get the US back on track?


That's the whole purpose of the thread I've linked to...To figure out what could be done to restore the Constitution to the way the Government works.

posted on Oct, 17 2006 @ 04:05 AM
link
even if we got the best president there ever was in office, nothing would change unless we had a really big changeover in congress. they're the ones who write the laws, decide where the money goes. there's more corporate stooges in congress than there is in the whitehouse.

my preferred candidate ducked out...so, I guess I'm wrong..there is at least one sane person in the country,, Mark Warner...he's sane enough to know he doesn't want that headache!!

really, I was kidding about the nutty americans........ although........it's getting close to christmas.