posted on Sep, 14 2006 @ 04:33 PM
link
With all the chip stuff happening, wiretapping, skull and bones members running the country this was to much and i think my brain will self destruct very soon
www.anomalies-unlimited.com...

I mean seriously read the whole thing it is just too much. It is kind of eerie in the present day seeming as if this connects to alot of other things.


not really much explination needed. Once you understand that Freemasonry is a Zionist organization, and you hand them $4.8 billion dollars to do as they like with it in construction funds, you end up with this sort of debacle.

posted on Sep, 14 2006 @ 05:05 PM
link
Saved the link for tomorrows reading. My understanding is there were a lot of changes at DIA a few years ago dealing with painted images and carved inscriptions in stone. The supposed covered outer chambers put off as an excavation error, etc..

Thanks for the info and the link.

not really much explination needed. Once you understand that Freemasonry is a Zionist organization, and you hand them $4.8 billion dollars to do as they like with it in construction funds, you end up with this sort of debacle.


Masonry is not "Zionist", nor did anyone "hand us 4.8 billion dollars in construction funds".

Jeeeebus, where do you guys come up with this cockamamie crap?

posted on Sep, 15 2006 @ 03:15 PM
link
Sounds like somebody lined the pockets of their friends the builders and construction workers.

posted on Sep, 15 2006 @ 03:25 PM
link
I'm not gonna comment on the murals and all, but as for the "swastika shaped runways" you DO realize that planes have to take off and land into the wind right? And the wind in a mountainous region can switch from one direction to another, in many different directions. If you build one, or even two runways going east-west, and wind comes from the north, your planes aren't taking off.

Originally posted by Masonic Light
Masonry is not "Zionist", nor did anyone "hand us 4.8 billion dollars in construction funds".

You better get used to it because you are going to be hearing a lot more of it. Myself I believe it because the real purpose of masonry is to rebuild the temple and seat the anti-christ on it. With the Muslims there it would never have happened in Jerusalem but now that Israel exists the masons will have their way.

Originally posted by Masonic Light
Masonry is not "Zionist


Either you have a poor understanding of your own brotherhood, or you're misleading intentionally. Since being a Freemason automatically makes you morally superior to others, I must then assume your ignorance of the true functions of the Craft since masons would NEVER tell a lie would they?
As to where I come up with this 'cockamamie crap', why your own worshipful Masonic Literature, that's where.
The Degree of Master Mason is taught the following...


Florida Masonic Monitor
pgs. 80-82
80
FLORIDA MASONIC MONITOR
dieth, and wasteth away; yea, man giveth up the ghost, and where is he? As the waters fail from the sea, and the flood decayeth and drieth up, so man lieth down, and riseth not up till the heavens shall be no more. Yet, O LORD! have compassion on the children of Thy creation; administer them comfort in time of trouble, and save them with an everlasting salvation.—AMEN.
Response.—So mote it be.
THIRD SECTION
It was the desire of David, King of Israel, to erect an house at Jerusalem for the service of the ever-living and true God, wherein all nations might worship. This high honor and distinguished privilege was denied him, however, because, as we read in the sacred scriptures, David was a man of blood, and during almost the entire period of his reign, was engaged in wars with surrounding nations.
We learn also from the same sacred source, that the God of Israel promised David that out of his loins He would raise up a seed to serve Him, which Divine promise was afterwards fulfilled in the person of Solomon, his
MASTER MASON
81
son and successor, who ascended the throne and reigned over Israel.
It was in the 2nd month of the 4th year of his reign, and after David had been gathered to his fathers and the last honors paid to his memory, King Solomon commenced his preparations to erect the Temple.
This magnificent structure was founded in the fourth year of the reign of SOLOMON, on the second day of the month Zif, being the second month of the sacred year. It was located on Mount Moriah, near the place where ABRAHAM was about to offer up his son ISAAC, and where DAVID met and appeased the destroying angel. JOSEPHUS informs us that, although more than seven years were occupied in building it, yet, during the whole term, it did not rain in the day-time, that the workmen might not be obstructed in their labor. From sacred history we also learn that there was not the sound of ax, hammer, or any tool of iron, heard in the house while it was building. It is said to have been supported by fourteen hundred and fifty-three columns, and two thousand nine hundred and six pilasters, all hewn from the finest Parian marble.
It was symbolically supported, also, by three columns— WISDOM, STRENGTH, and BEAUTY.
There were employed in its building three Grand Masters; three thousand and three hundred Masters or Overseers of the work; eighty thousand Fellow-Crafts, and seventy thousand Entered Apprentices, or bearers of burdens. All these were classed and arranged in such manner, by the wisdom of Solomon, that neither envy, discord nor confusion were suffered to interrupt or disturb the peace and good fellowship which prevailed among the workmen.
82
FLORIDA MASONIC MONITOR
In front of the magnificent porch were placed the two celebrated pillars—one on the left hand and one on the right hand. They are supposed to have been placed there as a memorial to the children of Israel of the happy deliverance of their forefathers from Egyptian bondage, and in commemoration of the miraculous pillars of fire and cloud. The pillar of fire gave light to the Israelites, and facilitated their march; and the cloud proved darkness to PHARAOH and his host, and retarded their pursuit. KING SOLOMON, therefore, ordered these pillars to be placed at the entrance of the Temple, as the most conspicuous part, that the children of Israel might have that happy event continually before their eyes, in going to and returning from divine worship. 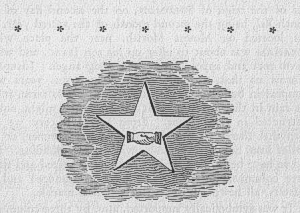 That we should be ever ready to go on foot, and even barefoot, on a worthy M. M.'s errand should his necessities require it, and we be no better provided.
That we should ever remember our brethren in our devotions to Deity.
MASTER MASON


Not to mention 401,000 Hits on Google would demonstrate otherwise, take your pick... www.google.com...


www.freemasons-freemasonry.com/layiktez1.html
There is a clear relationship between Freemasonry, Judaism and International Zionism.
(this text has changed since I linked to it in another thread, google still displays search results of that text however second one down)

As to construction funds, New World Airport Commission? I'm pretty sure Joe Schmoe Construction Company wouldn't place this in a building for you would they?

I can honestly tell you this is not something I have seen or heard before. Some of the words are famiiar but the majority (99%) is not. Can you supply the link to
where you found this so I can read the whole thing.

The problem with reading stuff on the interent is that you have to take some of it with a grain of salt and not believe everything found. I am guilty of it too.

posted on Sep, 16 2006 @ 11:32 AM
link
There isn't a link and you probably won't find it on the internet, I scanned it with an OCR text recognition program out of one of several of the little blue books I'm not supposed to have It's entitled Florida Masonic Monitor Eighth Edition, published by The Grand Lodge of Florida.

why is this allowed to happen where secret groups can build underground areas?
just do not allow it.


And alot of amerians have become knighted by the queen herself another scarey scenerio, considering were all owned by Crown.

MAsonic symbols are everywhere for reason I do not know? but yes they are evrywhere.
I think a hammer would suffice to destroy a stone symbol? don't you?


all these caskets depict women who are dead. Then, in the center casket there is depicted a Native American woman, and the last casket has a black woman in it. Now, normally I would not have thought too much about these murals if I had not done a lot of research. Even in the government documents I have run across gene-splicing discussions on how they would like to splice out specific races, and also whoever these people are do not like the Jewish people. This is just one of the murals, and these murals are huge. This same mural depicts the destruction of a city and the forest......and there is a little girl holding a Mayan tablet that speaks of the destruction of civilization.

Either you have a poor understanding of your own brotherhood, or you're misleading intentionally.

I think it's painfully obvious as to which one of us has a poor understanding of my fraternity.

Since being a Freemason automatically makes you morally superior to others, I must then assume your ignorance of the true functions of the Craft since masons would NEVER tell a lie would they?

As to where I come up with this 'cockamamie crap', why your own worshipful Masonic Literature, that's where...
There is a clear relationship between Freemasonry, Judaism and International Zionism.

You apparently do not understand what "Zionism" means, so allow me to enlighten you: a Zionist is one who believes the Jews should be able to return to their ancestral homeland. Obviously, this has nothing to do with Masonry, or any other fraternal organizations.


As to construction funds, New World Airport Commission? I'm pretty sure Joe Schmoe Construction Company wouldn't place this in a building for you would they?

There's certainly a better chance of Joe Schmoe Construction Company doing it than Freemasonry, noting the fact that Freemasonry is not in the construction business.