Sinkhole drains most of Scott Lake


Polk County, Florida - A large sinkhole in Scott Lake has now drained most of the lake.

You get the best view of Scott Lake and the sinkhole in the south end from Sky 10. The view from a helicopter shows the sinkhole has opened up substantially in the past couple of days, but geologists think it may have plugged itself for now.

First thing that comes to mind is that ocean vortex happening off the west coast off Australia. Here's the thread to that story:
Ocean vortex 'death trap' discovered


Good question. I have no idea if they are related, it's just that I remembered the votex phenomenon as I was watching the vid. Like you, I did wonder if the lake was draining into some underground cavern. I'm not sure if the same thing is happening near Australia though.

I heard that caverns go pretty far down into the earth. Sort of reminds me of the scene from the Journey to the center of the earth where the travelers find a deep subterranean ocean.

Here's a search I did on:
florida caverns

Wonder if this lake is nearby one of those places.

posted on Jun, 23 2006 @ 11:17 PM
link
There was also that lake that disappeared practically overnight in Russia as well not too long ago. Those homeowners must really be upset to have lakeside homes with no lake.

Originally posted by ThePieMaN
There was also that lake that disappeared practically overnight in Russia as well not too long ago. Those homeowners must really be upset to have lakeside homes with no lake.

Hmm...thanks for this bit of info. I just looked that one up and here's the article:
Vanishing lake baffles Russians

Oh, there's already a thread created for that one:
Russian Lake Disappears

"There's places in Florida where it's more likely to happen, there's less cover thickness but pretty much in Florida this is something that can pretty much happen anywhere.”

that quote says it all, should build on swamps. Central Florida especially seems to have a problem with sinkholes, but like the quote says it could happen anywhere.

But in light of the recent sinkhole events I wanted to post some present day Google Earth Images of the Lake that once was, Scott lake.

Here is a YT video from Channel 13 news regarding the original story. This was before all the water had drained:

Here is a short amateur video after most of the water had drained:

Here is a link to a gallery of pictures taken around that time:

Here a few from that gallery: 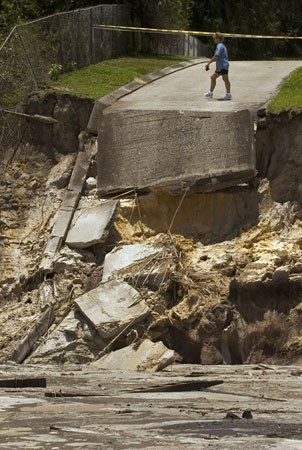 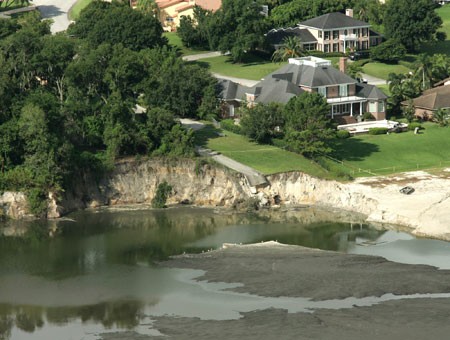 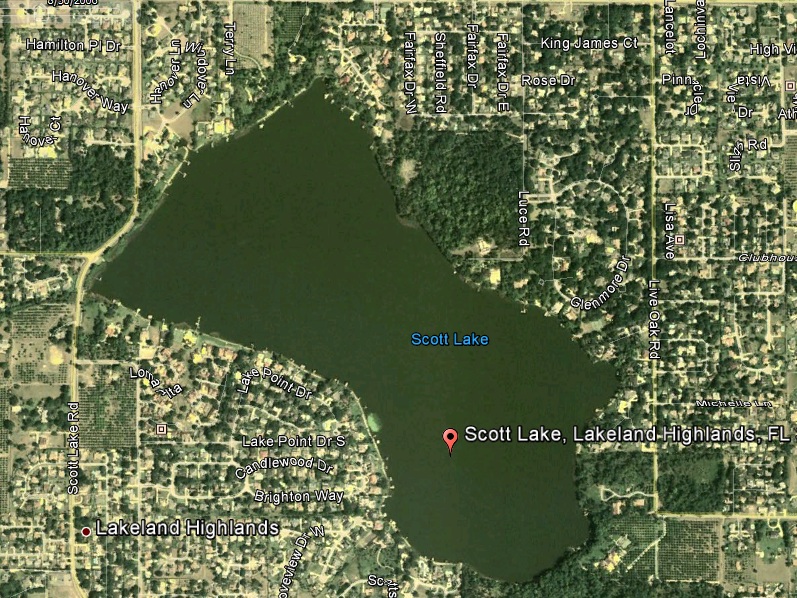 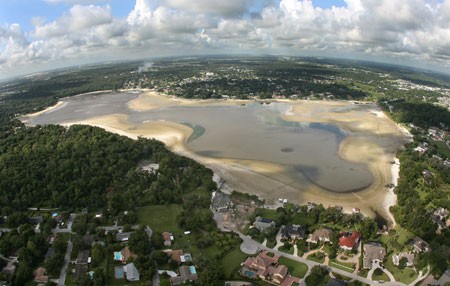 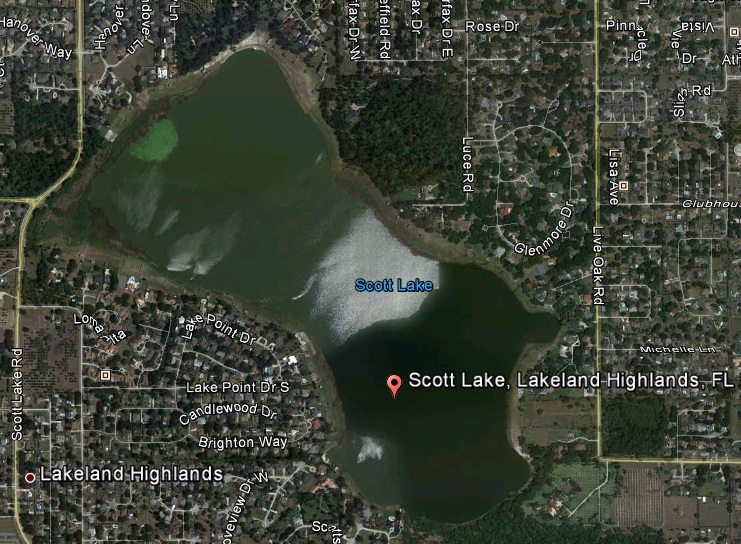 As you can see from the photos the lake has appeared to bounce back from when it first drained. Nonetheless, to me has always been a pretty fascinating sinkhole(s).