Well basically someone will post a picture, and other members will try to Narrorate/caption it.

Feel free to post your own pictures, but don't forget to leave a comment about a previous picture.


What's going through his mind?

lol heres a good picture to mess with...!!

posted on Jun, 15 2006 @ 10:09 PM
link
Personally, I think this thread would be better, if the next poster adds a caption, and also posts a new picture to be captioned by the following poster. Here's one of my favorite creations...


NASA warns of returning flights of dogs sent up into outer space, "They're p*$$ed, they are armed, they have met with the 'dog-faced-Annunaki' and exchanged notes. Everybody Run!"

"Make me wear clothes for their amusement, I'll show them."

Caption on 2nd.....alls I can think of is the line from the MST3K version of Overdrawn at the Memory Bank (just after we visit The Place),

After a long night jumping over the moon.

"daydreams of a dictator, on a puppet string."


"Equinoxal Precession found not to be linked to Sirius either after all........" 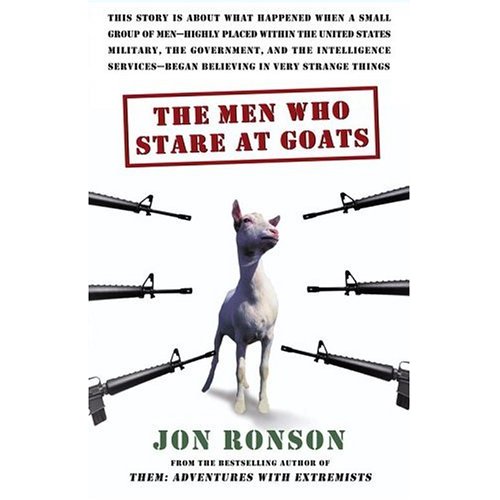 "better make sure that Alias and co. change all the posts at the Bill Hicks message board so it looks like the person that turned up at Ronsons show in Glasgow Borders Bookstore didn't actually bother to do so" said the goats mind-control helmet, but the goat just smiled enigmaticly


"in the interests of all the actual shots fired on the Dallas motorcade that day, I feel we shouldn't just shoot one innocent goat dead from one angle just to prove a shot from behind can cause the head to go back and to the left"

posted on Jun, 17 2006 @ 09:09 AM
link
I don't mean this to get at anyone, but it is common knowledge that captioning pictures should always use photographs. Things that are already posters or drawings don't really count in 'caption this'.

And they were far away from home for so long a time...