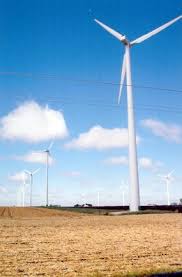 The federal government has stopped work on more than a dozen wind farms planned across the Midwest, saying research is needed on whether the giant turbines could interfere with military radar.

But backers of wind power say the action has little to do with national security. The real issue, they say, is a group of wealthy vacationers who think a proposed wind farm off the coast of Cape Cod in Massachusetts would spoil the view at their summer homes.

Opponents of the Cape Wind project include several influential members of Congress. Critics say their latest attempt to thwart the planting of 130 turbines in Nantucket Sound has led to a moratorium on new wind farms hundreds of miles away in Illinois, Wisconsin, Minnesota, North Dakota and South Dakota.


I find the details in this story tremendously amusing... :shk: