The Power of the Pyramid


Does anybody out there know why there is such an emphasis placed on the geometric shape of the pyramid? All through history this figure has symbolized power. Even today, we see the symbol used in the economy as a financial icon. It is used in corporate logos as well. 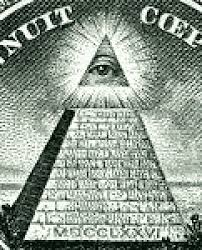 The pyramid shape itself is being seen as a supernatural source of power or energy. The pyramid power has become the primary focus of everything from veterinarian concerns to extraterrestrial messages.

Pyramid Power, an environmentally friendly source of renewable energy. With renewable energy, you can avoid the cost of connecting to the electricity grid and there's no need for extensive surveys, tree clearing or construction works, nor any transformers easements.

Radio telescopes operate by detecting the radio waves that all matter emits.
Conventional parabolic telescopes work in teams and the information from each is then patched together to give astronomers a complete picture of what is out there.
Data collected by the antennas is processed by a supercomputer
However, to reach the far end of the universe would require a telescope 100 times the size of conventional dishes.

Instead, scientists working on the Lofar project have resorted to pyramid power, creating 20 to 25,000 simple pyramidal radio antennae, which are being put in place 350 kilometres across the north of the Netherlands.


In the end they will go to make up the world's largest radio telescope.

These are a mere handful of examples of how the pyramid shape is used and is recognized as a sign of power and strength.

Why do you think this shape is synonymous with power?