NEW YORK It was bound to happen sooner or later, and in what newspapers in Kentucky are calling a first, one American has killed another in a dispute over the Iraq war.

It happened at Floyd County flea market on Thursday, when two friends, who were firearms vendors there, drew guns after quarreling about the war. Douglas Moore, 65, of Martin, who backs the war, shot and killed Harold Wayne Smith, 56, of Manchester, who opposed it, according to investigators.

Moore was released without being charged after he convinced police he had acted in self-defense. A grand jury may yet hear evidence in the case.

Commonwealth's Attorney Brent Turner said the episode might mark the first death in the U.S. due to a dispute over the war.

Now this is bad, that is just taking it to far......I wonder what was actually said between the two?

posted on Aug, 8 2005 @ 02:33 AM
link
Well the POTUS did say your either with us, or against us, did he not.
This man disagreed with the war, so using Bush think he was against the homeland.
They shoot traitors don’t they?

Originally posted by Sauron
Well the POTUS did say your either with us, or against us, did he not.
This man disagreed with the war, so using Bush think he was against the homeland.
They shoot traitors don’t they?


So this turns into another bash Bush thread? I just knew it had to be his fault somehow! 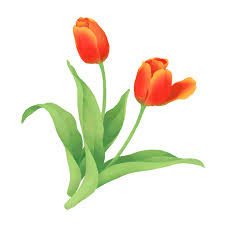 posted on Aug, 8 2005 @ 03:04 AM
link
Come on Ed the guy that got shot must have been a tulipwalker, thats why hes dead isn't it? against the war against the Amercian way, against the Homeland

It was just a political disagreement, like a whole lot of people have."

Hmm but nobody pulls a gun out. Let alone two people pulling them on each other.

posted on Aug, 9 2005 @ 04:29 AM
link
WOW man your way over thinking this...he wasnt shot because he was a "traitor" he was shot because of a heated argument and someone lose his temper. it could have been over abortion, or even who pisses the farthest. And MY GOD it had nothing to do with BUSH. (PERIOD). every person is responsible for his or her own actions. to blame it on the president is just beyond silly.