WH Putting Perimeter Concrete Blast & Security Fence Directly Around the building What For?


You know out of all the crap the last 2-3 years... Fortress White House

originally posted by: TzarChasm
It baffles me why they don't just take the doors off the hinges, dismantle the metal detectors, dismiss the guards and turn the whole property into a public park anyone and their dog can enjoy.

They would need to clean the dog sh_t... errr, I am so sorry for that typo... I mean the Bidens out of the building before any responsible, caring dog owner would bring their furry family members within miles of the place these days.

I'm curious to know what those barriers are...and why they have empty space in between like they do....and I also wonder why they are around the fountain like they are...

I guess time will tell what this project turns into 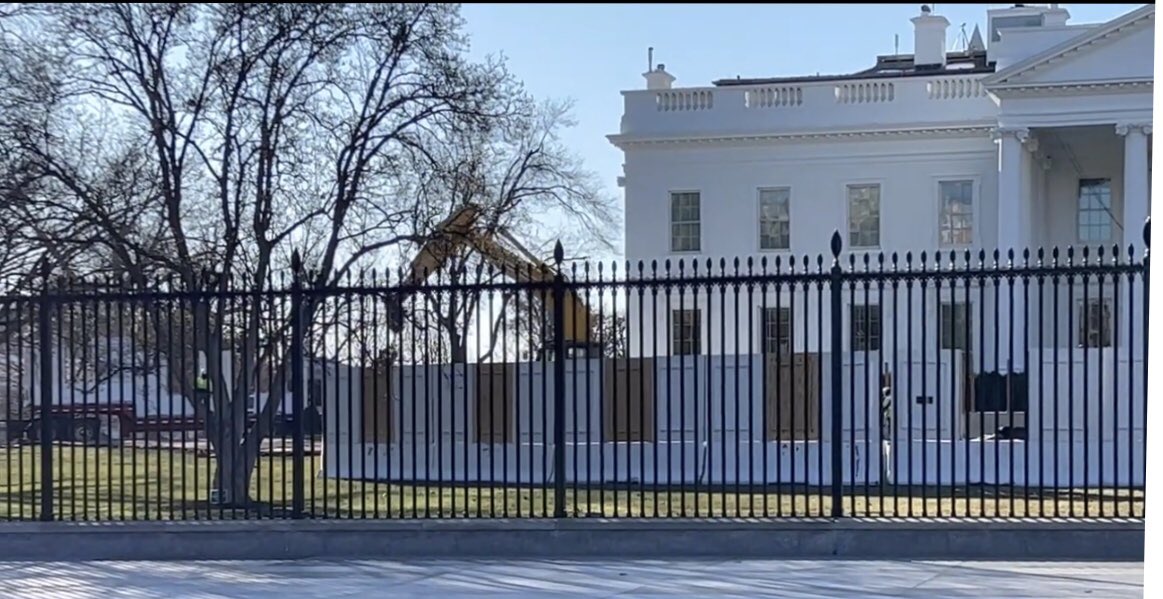 I think they are a Hunter Biden Winter art exhibit. Notice how the pieces mesh with the snow Mother Nature provided.

posted on Jan, 12 2022 @ 11:35 PM
link
You hear wild theories being thrown around to try and explain away our leaders' bizarre behavior and actions. Such as vaccinations and COVID threat continues to be played up as there is a larger threat behind the scenes BS and they are trying to track it down, possibly an already credible threat has been made and identified, and they have already stopped 1 or 2 attempts, but are concerned about panic if, the news is released. ie they are lying to us for our own good.

Rumors of nuclear material missing, they want National Guard in hospitals to look for signs of radiation sickness. Which to me all sounds like complete conneries .

It's an election year it's the likely reason here in the US ... think about it, they can have politicians stumping spouting out truth bombs, much better to lock down and control the flow of information to the masses better and more efficiently. But is that possible in Canada no national elections in 22, but are any of these important? 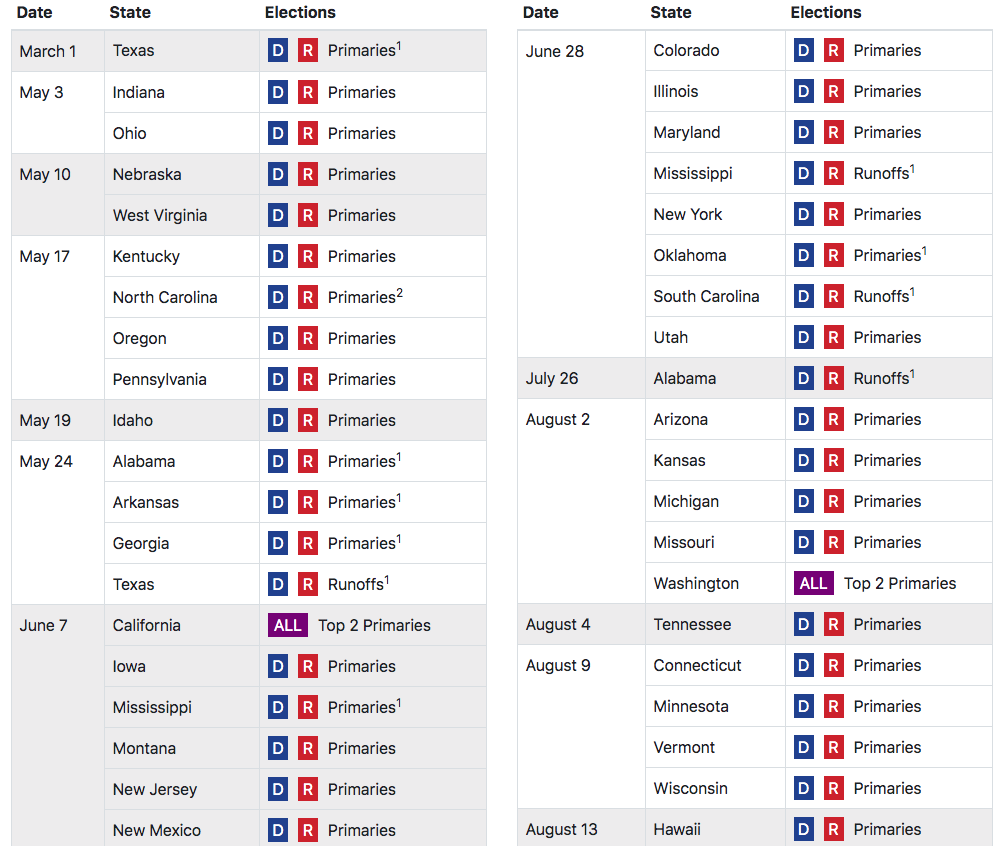 I know, They're itching to get outside to do stuff again.

Economy sucks too, so they're getting that "Do anything for a buck" mentality.

As for who's in there... Dunno! We'll find out when sifting the ashes?

I read a few months ago that the American Red Cross was not accepting blood from COVID vaccinated people as it was a risk to patients. That sure would account for the lack of plasma stocks right now.

I read a few months ago that the American Red Cross was not accepting blood from COVID vaccinated people as it was a risk to patients. That sure would account for the lack of plasma stocks right now.

Glad you mentioned that, Ive heard rumblings from hospitals, stuff like this slows hospital operations as well. Stuff starts to snowball... 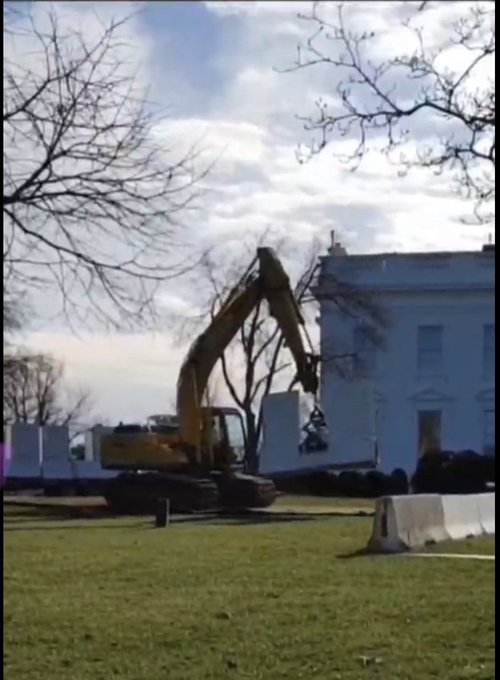 Starting to look a lot like a military base in Afghanistan.


originally posted by: Frozte
I would surmise they are a preventative measure for the threats that have been coming from Iran. I would think that more domestic stuff like protesting would be getting coverage from MSM.

"Iran" is the convenient and scripted excuse !! 🚬

Iran, or any country, are not going to be stopped by road barriers. Honestly, neither would a domestic threat of means be stopped by these. This, I assume, is preventive for a lone wolf, at best.

posted on Jan, 13 2022 @ 03:27 AM
link
Why does a President who received more votes than Obama need concert barriers?

I'm thinking the FBI White Supremacists are planning a violent march on the White House to show their strength.

Seriously, at this point, does anyone believe the FBI isn't fully in the tank for the DNC?

posted on Jan, 13 2022 @ 05:56 AM
link
My understanding it's for the Jan 6 insurrection they expect. The contractor is government so they are a bit behind. Or they turned down Iran's request for more cash.

posted on Jan, 13 2022 @ 06:34 AM
link
If the citzens knew exactly what the Democrats were doing the enitre country would be after them.

The Democrats walk around scared they will be caught any day. They eat up power in every sector because that is their only defense.

They have sold out the country. Democrats are the real insurrectionist.

Probably to prevent drive by sniper shootings. The stationary sniper thing would be hard to do these days.

The Red Cross is constantly in a state of blood shortages.


It's nothing new. I have no idea why they're calling it the first one.