posted on Jan, 12 2022 @ 02:17 PM
link
..... in the not too distant future, Humans detect a signal from deep space. This is not the usual blip, it's a steady, densely packed message that repeats. After several years, the message is translated and Mankind leaps into the future. It is discovered that it's a message from a highly advanced civilization, containing the entire knowledge of their species.

Astronomy, Art, Engineering, Medicine, Math and the list goes on. There is no FTL or wormhole travel, but using their knowledge, we invent rockets that push a ship up to 2/3 lightspeed. Bigger and better telescopes are built. In medicine, through gene manipulation and body augmentation, Humans are effectively immortal. We have Wolverine levels of healing and a missing limb can be grown back. A major gift is a material called "hyperfiber". The strongest, most resilient substance in the known Galaxy. It is used as a shield in space travel, because at those speeds, even the tiniest particle striking the hull can turn a ship into plasma.

Years later, those advanced telescopes detect a massive object entering our Galaxy at 1/3 lightspeed. Humans and many other alien species build ships to see who can get there first. The Galactic Rules of Salvage says basically "finders keepers" so whoever lands first claims the prize. Humans arrive first and are shocked to see it's a ship the size of Uranus. 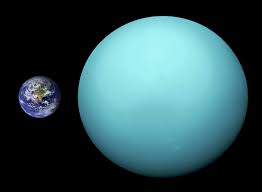 On the outside, it is completely covered with hyperfiber and only after finding a way in, do they discover that layer of protection is over 80 miles thick. Inside they find that the entire ship is like the cross section of a sponge. Vast caverns, halls and corridors that go almost to the core. Not just sections, the entire ship is one huge honeycomb, capable of carrying untold billions. Caverns 100 miles deep and wide are full of ice so pure it can be melted and drank. Controls for the ship are found in several places and the engines...
There are 14 engines and the exhaust nozzles are 800 miles tall. The engines themselves are the size of small moons, fed by lines that are 1/2 a mile wide and the same tall. There are 6 fuel tanks and 1 could hold Earth's oceans.

Inside and out, they find fusion reactors just waiting to be activated. On the forward face, there are 10s of thousands of high energy lasers and railguns to destroy any threat of collision and even if something does get through, the hyperfiber guarantees no hull breach.

There is no one aboard. After years of searching with the most sophisticated instruments, they can't find evidence of any species every existing on the ship. Not even a skin cell.
In their search, they estimate the age of the ship.
Over 12 billion years old. This ship was built long before Earth or our Sun even existed.

But, there is something at the core. Something that could literally destroy the Universe....and no one knows it's there.

That is just a taste of what happens and if you are interested...

Welcome to : The GreatShip by Robert Reed.

There are several more books after this one that continues where this leaves off and over 20 short stories, all tales about The GreatShip and I recommend them all.

I also really like Neil Stephenson and William Gibson though a lot of people don't really consider them sci-fi but cyber punk(?).

You should get that checked out.
Preparation H!

Yeaaaa.... you don't want to see the GIF I have for that one. 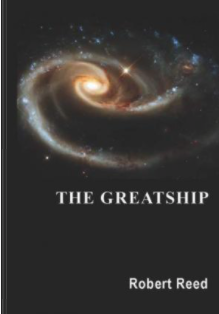 and yes I loved the Kim Robinson trilogy as a kid, Red Mars, Green Mars, Blue Mars had an extended stay in. the hospital and spent long nights reading those.


I've read stuff by Robinson,, but I don't think I read those. It'll give me something to look for. Read quite a lot by Stephenson and Gibson, but that's been a while back. There are so many good writers, it's hard to keep up.

The Mars Trilogy is the first one in Sci Fi I read that used actual scientific novel discoveries at the time, to input into their stories- like genetic manipulation for long life, terraforming using existing gasses and material, etc.

I just bought one on the dreaded Bezos for about 20$ used. my new books to-read list is so long now..... I only allow myself 2 at a time otherwise its not concentrating.

Yeaaaa.... you don't want to see the GIF I have for that one.

well ironically, since you put it that way I regrettably now kind of want to... LOL

originally posted by: DAVID64
a reply to: chris_stibrany


I've read stuff by Robinson,, but I don't think I read those. It'll give me something to look for. Read quite a lot by Stephenson and Gibson, but that's been a while back. There are so many good writers, it's hard to keep up.


Yes, it is but I have found that ATSer's usually know their stuff when it comes to SCI-FI. It's weird I have to be in the right mood to tackle sci-fi reading.

Hell I'll never catch up, spent the last 2 years on ATS instead of reading all night like I used to do.

on top of that, I'll go back and re-read books all the time, too. Kim Robinson definitely deserves a look-see again really enjoyed that read because of its realism.

his Sci fi was also really interesting but mostly in a more fantasy vein.

The Maze of the Enchanter ?

I think I may have a copy around here somewhere in all this....uh, we'll say I'm an avid collector with a large inventory, rather than a packrat. I hoard books like Scrooge McDuck hoards money.