Justin Trudeau faked his COVID-19 vaccination while he expects everyone else to be injected with the mRNAs for the next four years. Canadian News Media are still keeping silent over JT being maskless and undistanced after his climate summit because his a Liberal Politician.

The Canadian News Media are Ignoring JT Island scandal. But JT and Canadian Media expect millions of Canadians to Comply.


"Different jurisdictions are making different decisions about how to encourage people to get vaccinated, and as a federal government, we will be continuing to be there to support them in those decisions and to make sure that everyone gets vaccinated," Trudeau said.

How about getting JT not faking his photo ops first?

Trudeau lying about the vaccines.


"Vaccines are about keeping Canadians safe, continuing to get through this pandemic the best possible way, and various orders of government are right to look at different ways of encouraging and incentivizing people to get vaccinated."

If Vaccines are about keeping Canadians safe why are the vaccinated getting sicker and being hospitalized? as expected they would be blaming the un vaccinated for all the times a vaccinated gets sick.

edit on Wed Jan 12 2022 by DontTreadOnMe because: Reaffirming Our Desire For Productive Political Debate (REVISED)

posted on Jan, 12 2022 @ 12:36 PM
link
JT:various orders of government are right to look at different ways of encouraging and incentivizing people to get vaccinated."

How about doing a long term safety data on mRNAs first? smiling JT seems to care about vaccine profits than actual health care of others.
edit on 12-1-2022 by vNex92 because: (no reason given)

Haha, I like how they euphemize threats of theft as encouragement and incentive.

My point was that this is reminiscent of a tradition carried out in Islamic nations throughout history called Jizya.
en.wikipedia.org...

And has no place in a nation whom are supposed to be against discrimination (I am guilty of a bit of discrimination due to my religious bias but would not tax someone based on there religion or vaccinated status).

It is also reminiscent of Nazi police stopping people and asking "Papers Please" or Show me your papers.

Create an underclass of people, vilify them as unclean criminals and next you have secret police going door to door to round them up it is all about how much they can convince the public majority to let them get away with in persecution of the public minority.

In other words it smacks of a state with too much power over it's own people, fascism, communism and other earlier totalitarian systems (not all Islamic nations were so wicked however, the most progressive and enlightened nation in Europe for example was in Moorish Spain were people of many minority faiths found shelter under a tolerant and kind rule, one that was soon to be overthrown and turned into the most intolerant rule by the Spanish and the Inquisition but that nation was atypical of rule throughout the Islamic world.


All rules for POLITE political debate will be enforced.
Members must also Stay on Topic!!!

I had that crap once it was gross.

who likes soggy fries?
Not even the Dutch.
When I grew up there I lived frites with mayonnaise. and no , not that kind of mayo.


Maybe it will be free pudding. 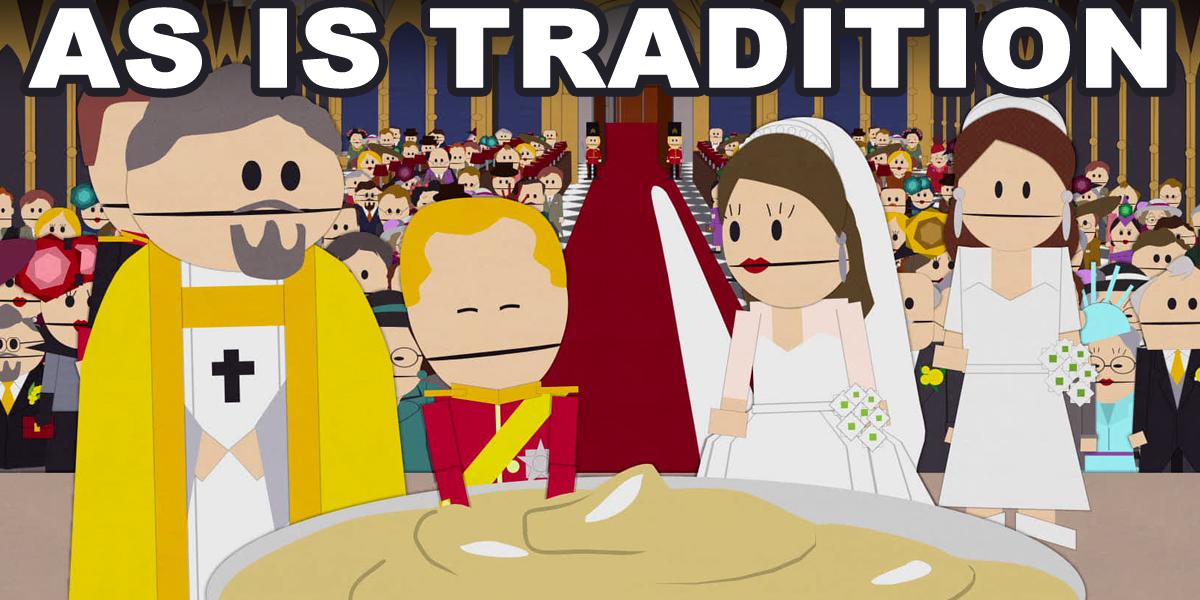 Yes I like South Park a lot; but to be honest I haven't really watched it for a few years once they went full Trump-tard politics. And their pandemic special was not funny at all.