The military don't seem to be very concerned.

It's just little Kim doing his thing and rattling the North Korean Sabre.

posted on Jan, 11 2022 @ 06:46 AM
link
It's just Kim Dumb wanting attention. If he really wanted to start something, he would target South Korea. If he can get a missile 700 kilometers toward Japan, he could easily hit them and kick off a war, but I'm not sure China would back him up. They have plans of their own and letting Little Kim derail them is not in the plan.

Are you even worried?

Are the Japanese defensive platforms similar or better than those in Israel?

posted on Jan, 11 2022 @ 06:58 AM
link
Lil Kim must have run out of imported cheese. Time for him to make a racket so he can negotiate foreign aid for his people (that he'll confiscate for himself) in exchange for putting a halt to their missile program.

This is a test, it is only a test.

Kim is probably doing it as an exercise to show his nation the "size" of his "power", to keep power.

It is also how China, who is buds with Kim, can test what Biden will do if missiles are lobbed toward another nation. Letting them know how far they can go to capture Taiwan.

Will Biden pass or fail?

Biden has screwed up everything else he has done and now our nation is on the brink. Just look at grocery shelves, I went to buy a roast yesterday at a MAJOR grocery store, and there were only 2 and the meat shelves were nearly empty - along with shortages of other items. Just look at prices, soaring. The US is now dependent on nations that hate our guts for energy when just a few years ago we were exporting energy. Kids are socially and academically behind due to awful "online" learning and draconian lockdowns. Suicides are way up. Death by formerly preventable diseases are way up due to mandated lack of treatment during lockdowns. Election integrity is questionable with NY allowed to vote to have non-citizens vote in elections and Pelosi attempting to mandate through federal legislation that no one has to produce an ID to vote and mail in ballots don't have to be verified that the person voting is real, exists, or is who they say they are. China could not have paid for a better puppet to destroy the US entirely.

Biden will screw this one up too and the next two years will see the nation left in a 3rd world Venezuelan style mess, as planned by Biden's puppet masters. That's what we get for electing a person who clearly is rapidly becoming more and more senile and is clearly controlled by a secret cabal who want to see the US destroyed like Venezuela.

In contrast, there were total of 7 missile tests during Obama's eight years.

It sounds like NORAD automated systems kicked in resulting in a full ground stop for the western US issued by the FAA. I'm guessing they weren't sure where it was going, wanted to activate the ABM systems and needed the sky clear of traffic in a worst case scenario.

Not Biden's failing, assuming it was automated systems, but certainly looks sheepish.

originally posted by: Xcalibur254
a reply to: The2Billies

You see, if you completely ignore facts and live in an imaginary reality where Trump is both a god and an emperor, Kim was almost as scared as one of those soft-handed liberals.


originally posted by: Xcalibur254
a reply to: The2Billies

You see, if you completely ignore facts and live in an imaginary reality where Trump is both a god and an emperor, Kim was almost as scared as one of those soft-handed liberals.

No one called him that but you.

He is 45..... The real POTUS. We do maintain that fact. You can pretend the God thing all you want we like a good laugh.

We need a new thing to freak everyone out with!!

So, let's stick a banana in Kim Jong Un's tailpipe and see what he does!!

A 7 minute long Full Ground Stop of all US west coast airports is a rather interesting response to this. That means for those 7 minutes, no one was permitted to take off, and I think no one's allowed to land, either.

From what I can understand of it, a FGS doesn't happen for #s & giggles. That was a significant reason, whatever it is that they're not commenting on.

The FAA issued a response. 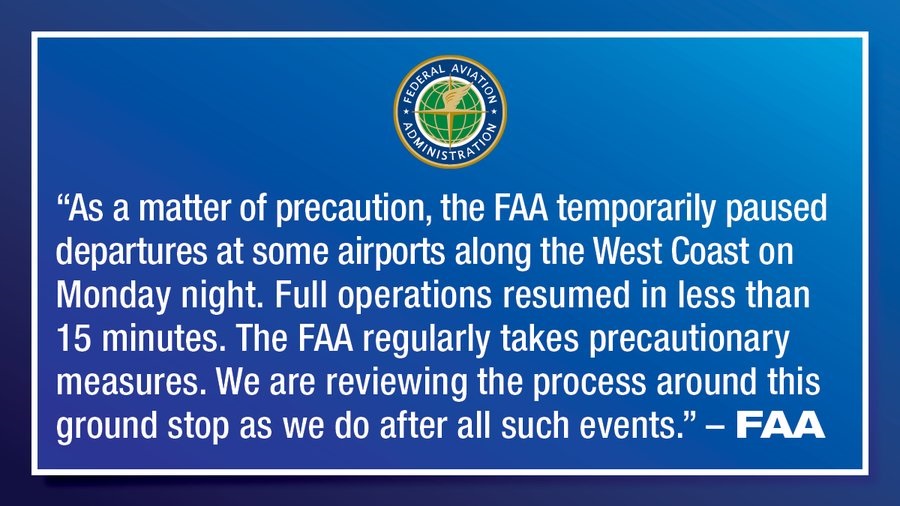 There were tests Trumps first year.
Then a year and a half gap during their meetings. No launches.
Started up again when talks broke down.

45 was making a difference.

This is now just NK being NK. The fact the FAA called for a ground halt was uncalled for though.

C'mon, COVID is fading so a new bogeyman is needed again