you do realize that he was nto actually talking about actually fighting right? He meant as in by getting out the vote,demanding recounts,demanding to see the evidence. DEMOCRATS have also used fight like hell too but did they go out and kill any politicians? nope.

originally posted by: crayzeed
WHEN are they going to learn that they were put there in the first place to run the country (don't mention how bad) not keep concentrating on putting the downer on Trump or any opposition.

DEMOCRATS have also used fight like hell too, but did they go out and kill any politicians? nope. 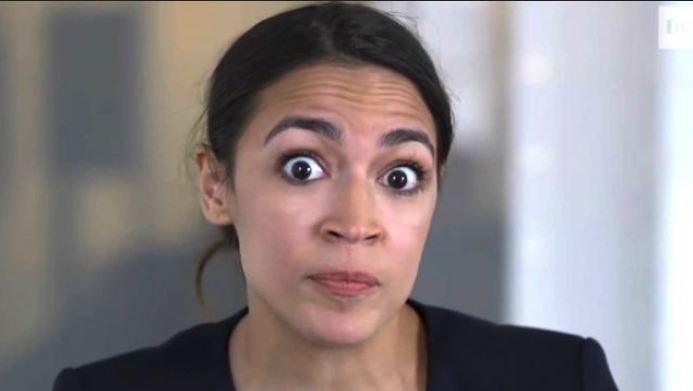 Alexandria says "I don't know why you drug me into this at all?
and BTW the proper term is (swallows) the swill"

With the exception of that of course.

I’d bet they overdosed on knowing too much.

Have you ever heard cheerleaders at a football game? They say the same thing.

Maybe they should try burning down the Capitol?

They won't win, as long as he is a legal citizen over the age of 35 he can run for president. Even former criminals who finished their time can run. Those are the only requirements set forth by the Constitution. Anything extra is against the Constitution.

Anyone can run as long as those two conditions are met. Read your constitution. The fact that they are even trying should face maximum prison time for public tampering with election


You know it's bad when illegals know the Constitution better then those in office. Have you seen their citizenship tests?
edit on 9-1-2022 by BlackArrow because: (no reason given)


If folks don't want Trump, he won't be the guy. It's still early. But, if folks do want Trump, then that's what it will be. It's how the system works.


when the ballots were counted, the winner was chosen. that part worked perfectly.

posted on Jan, 10 2022 @ 02:12 PM
link
Can you believe that Congress wants to ban people from running for high office, simply because they participated in the protest on January 6th 2021?

originally posted by: carewemust
Can you believe that Congress wants to ban people from running for high office, simply because they participated in the protest on January 6th 2021?

posted on Jan, 10 2022 @ 02:22 PM
link
Today I seen a new anti-Trump campaign ad while watching this morning the weather Channel, they are telling people that Trumps is putting his people in seats for the midterm elections to steal elections.

I mean what in the heck. Democrats cannot find anything else to show the American people how good they are soo they are campaigning against Trump.

This is midterm for god sake, they should be talking about the greatness of their rat hell run states and how great their policies has been within the states they are holding power in, but rather than prop their own politicians they are going after Trump

Is hilarious, what is the problem? they have nothing to show for and need something else like Trump to keep the people from think too much about the crappy governors they have? barf:

I can not get tired of seen the clown show the democrat party is, nothing but dumb an idiots running the party.

Since they still like Dr Fauci, that makes them worse than dumb. Far worse.

A GEORGIA Prosecutor hopes she is the one who is finally able to nail Trump with an indictment!


ATLANTA (AP) — The prosecutor weighing whether Donald Trump and others committed crimes by trying to pressure Georgia officials to overturn Joe Biden’s presidential election victory said a decision on whether to bring charges could come as early as the first half of this year.

Fulton County District Attorney Fani Willis said in an interview with The Associated Press last week that her team is making solid progress, and she’s leaning toward asking for a special grand jury with subpoena power to aid the investigation.

“I believe in 2022 a decision will be made in that case,” Willis said. “I certainly think that in the first half of the year that decisions will be made.”

Will this loony prosecutor end up being THE HERO of the Left?

Most likely, she will fail to fabricate a crime, just like all of Satan's other minions who tried before she did.

"Anything to avoid doing real work" - someone on ATS forums, probably
edit on 10-1-2022 by TzarChasm because: (no reason given)

Seems to me that the Democrats are pushing the US closer and closer to all out civil war...

President Biden has Important Democrats avoiding him like the plague.

President Trump has Up and Coming Republicans seeking his assistance.

BUT THERE NOTHING THEY CAN DO TO STOP WHAT IS COMING

originally posted by: Ironclad1964
a reply to: carewemust

Seems to me that the Democrats are pushing the US closer and closer to all out civil war...

At least they seem to be trying to anyway.


We're not going to go that route. Too bloody. Too much loss.

To quote former General Colin Powell when describing how to shut down the Iran-Iraq war.

"Just cut the heads off the evil serpent" and the war will end.

Sure nuff, Iran left Iraq after a few top Iran leaders were terminated.

U.S. Citizens can "arrest" the few Democrat oppressors in our country and things will return to pre-2020 normality fairly quickly (imo).

The return to prosperity would be accelerated if Donald Trump were made President again. He's already proven what he can do, with the right assistants pulling the economic levers.