Jan 5 (Reuters) - Election officials in Arizona's most populous county found nearly every conclusion in a partisan "audit" of Donald Trump's loss in the 2020 presidential election to be misleading or false, according to an official rebuttal released on Wednesday.

This was an extensive review and an extensive point-by-point check of all 77 claims. 76 were found to be outright wrong, but they did address and correct one of the issues brought up.

So why did Cyber Ninjas fail so badly? In the words of the committee: "We determined that nearly every finding included faulty analysis, inaccurate claims, misleading conclusions and a lack of understanding of federal and state election laws," the report says of the audit, which Arizona Republican senators contracted out to a private company called Cyber Ninjas.

Emphasis on the last, because I've called them out on that point several times here on ATS.

The takeaway here is that if you're sending in someone to investigate something, MAKE SURE THEY UNDERSTAND THE PROCESS BEORE GOING IN. I've seen this dozens of times before, when an "expert" shows up to improve a business and wanders around making suggestions without really understating how the business works.

Middleoftheroad
+24 more
posted on Jan, 6 2022 @ 07:57 PM
link
You go on believing those left wing fact checkers. They’ve been proven liars repeatedly over and over. The election night is all the proof anyone needs the left cheated. 81 million votes my ass.

originally posted by: Middleoftheroad
You go on believing those left wing fact checkers. They’ve been proven liars repeatedly over and over. The election night is all the proof anyone needs the left cheated. 81 million votes my ass.

These are the Republicans who fact-checked them.

Not liberals. Not leftists. This was the Republican party.

And... while you might think that Trump's rallies show how popular he is, have you taken a look at the size of the 2017 Women's Protest March held the day after Trump's inauguration? And compared it to the em barrassingly small number of people who showed for his inauguration ?

I was there at the Women's march, and I can be seen in the Wikipedia photo if you know where to look (and know what I look like, of course.)

Trump lost the popular vote although the Electoral College points gave him the presidency. But he still wasn't as popular as you seem to think he is/was.

posted on Jan, 6 2022 @ 08:05 PM
link
a reply to: Byrd
Interesting you leave out the ongoing investigation because of events uncovered by this audit?
Or perhaps not.....
T
L
B

posted on Jan, 6 2022 @ 08:28 PM
link
Now do one on the review of the cyber ninjas findings in front of the AZ senate.
Lol
It was so bad they were laughing sadly, then angrily referred it to the AG for legal charges.
You really can't identify the biased unprofessional writing you just posted?
Or are you another divide em with politics guy?

I believe it was supposed to look stolen, supposed to divide everyone.
It's way too obvious.

Not sure how this proves anything beyond the simple fact that the election officials, when confronted with evidence and accusations of malfeasance, will do what any accused criminal does and proclaim their own innocence by any means necessary.

originally posted by: Middleoftheroad
You go on believing those left wing fact checkers. 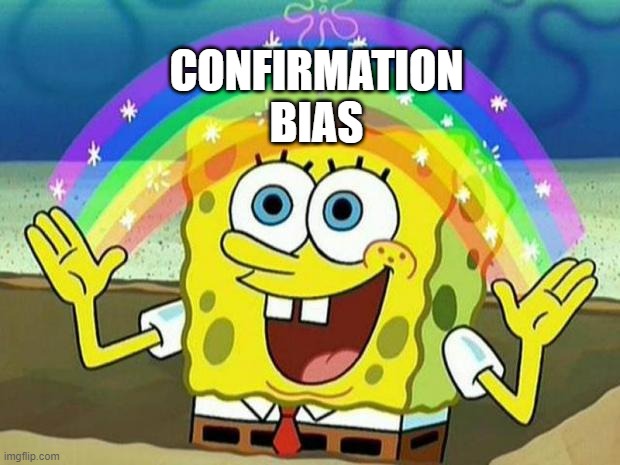 Nothing in the story 😎

Release the 93 page analysis addressing every alleged anomaly point for point, that's the only way to demonstrate any degree of credibility to the public. They need to show their math.

Funny how ya’ll think GOP are evil liars, but believe THESE republicans.
edit on 1/6/2022 by BrujaRebooted because: (no reason given)

originally posted by: xuenchen
So what detailed proof did they present to rebut the findings ?

Nothing in the story 😎

Yep, typical garbage we see from places like snopes. 18 unprovable claims, 22 misleading claims, 8 provable false claims. Yet doesn’t give specifics so they don’t have to answer for their propaganda.


Trump lost the popular vote although the Electoral College points gave him the presidency. But he still wasn't as popular as you seem to think he is/was.

Maybe some people still care , But in my Personal opinion who gives a Flying F*ck .

We've had a new President for a Year now , and CNN has new stories on Trump up every damn day . Trump is no longer President not to mention he was a ONE TERM President , why does he haunt yours and every other Lefties mind so much it's pitiful really .

Do I believe Biden really got 81,000,000 votes well lets just say ... no , and If not for the Covid pandemic Trump would have won Re-election in a LAND SLIDE .

But it's over mate you cannot keep blaming stuff on a one term President .

Like I said you’re free to go on and believe whatever you want. I find it a lost cause to attempt to debate the left on ATS anymore. The hypocrisy is just to much. Most even when proven wrong can’t admit it anymore and just double down on stupid. Not saying that’s you because I don’t recall ever interacting with you, but if you take this story as truth I won’t waste my time.

originally posted by: asabuvsobelow
But it's over mate you cannot keep blaming stuff on a one term President .

If we've not been lied to, I suspect 81 million Americans will say those words multiple times a day, with increasing frustration, starting early 2025.

originally posted by: TzarChasm
a reply to: Byrd

Release the 93 page analysis addressing every alleged anomaly point for point, that's the only way to demonstrate any degree of credibility to the public. They need to show their math.

posted on Jan, 6 2022 @ 09:25 PM
link
Sorry still dont buy it, Maricopa could have been involved from the get-go, instead they fought tooth and nail, used weak arguments against cooperation then finally once the other side lays out their argument they then "produce" evidence for their side.

Recent polls show a lack of faith in election integrity, if the democrats had said heck yea lets break it down and prove what a chump trump is people would have more belief in the integrity of elections.

This changes nothing, with areas allowing non-citizens to vote, giving DL's to illegals and then fighting tooth and nail to prevent anything from being put in place to verify its citizens voting I have no reason to believe we have open and honest elections. (this rabid push by chucky to pass "voter reform" or as more honestly known Federal takeover isnt helping either)

ETA: before its said I never voted trump and I am not a republican either, only party I was ever affiliated with was Veterans Party.
edit on 6-1-2022 by Irishhaf because: (no reason given)

The officials you reference in your Opening Post are throwing out distractions, knowing the Democrat-friendly news media will pick up on the distractions and report them widely. That's exactly what's happening.

The TRUTH, is that the Maricopa (Phoenix) officials are under investigation by Arizona Attorney General Mark Brnovich for erasing election-related data from media that was under subpoena. They "told on themselves" during testimony to Congress on October 7, 2021.

Attorney General Brnovich's office has been interviewing several of the officials. They must be very nervous. They should be.