Why Are Movie Theatres Showing One Movie After the 6th Jan?

It's more of a Newtonian physics question.

The orbit is almost certainly changed to some extent, but because we know characteristics of the object (mass, orbital velocity, etc) and characteristics of Earth, the outgoing orbit can be calculated with some degree of conical certainly. The more observations, the more data, the more precise the calculations.

Occasionally the Earth has captured smaller objects, turning them into second Moons in effect. They usually wind up ejecting themselves back out into solar orbits as they interact with the Earth, Moon, and even tug of the Sun's gravity after some time.

It's about making money, yes but it's also about using what another Federal agency, the FCC, auctioned to Verizon and AT&T. The two carriers paid out tens of billions, I want to say US$70B in order to access the C-band frequencies. They need that ROI, and they're not going to get it from CV subsidies or kickbacks.

originally posted by: jensouth31
I just checked my local Theatre listings. This is correct for my hometown theatre too. What the heck? 🤔 Hmmm

Edit* I stand corrected, I looked at it wrong, there are more movies, Spider-Man, The Kings Man, Sing 2, The American Underdog, Matrix.

If you single out just the 7th what is your listing?

Thanks. I suppose Carl Sagan had too much of an effect on me when I was a kid. His demonstration of gravity being like a big bowling ball sitting on a sheet of rubber, with everything flowing into the bowling ball, caused me to give gravity too 'power".

You're a wealth of good info. Thanks!

I already pointed out one instance where a theater had times. That was on the fifth theater I searched for. I didn't bother going deeper.

A quick glance at some of the info over on Box Office Mojo makes it look like they're rescreening things, which is much easier to do now-a-days with digital releases (no more overnighting reels!). The Matrix sank a lot harder than they hoped, and Sing 2 doing better than expected. They're probably figuring out which markets to add more showings to for that, while drastically decreasing how many screens The Matrix is playing on. And maybe, just maybe, we'll see Spider-Man dip below 4000 screens by the weekend as well (if not this coming weekend then definitely the following one).

I'll be shocked if 355 winds up on more than 3500 screens release weekend. There has been no publicity and it looks like a cheap knock-off of other properties that they're hoping to shore up with some big name talent (and Chinese pandering).

Anyway... I'm willing to bet that by no later than Wednesday, if not tomorrow, that the rest of the theaters will have things updated.

It's still a very great analogy, just the effects are greatly exaggerated in it. It does help someone unfamiliar with the idea grasp the concept though, for sure. I remember being taught that way as well.

However, to be more accurate, the bowling ball would need to be in the middle of a sheet several acres in size and the marble would need to roll by at near supersonic speeds. Kind of hard to accomplish and would defeat the purpose of the analogy.

originally posted by: SeaWorthy
People are noticing that their local theatres are showing only one to two movies after the 6th of January and mine is the same here.

So guesses 5 G starts the 5th, Trump speech the 6th


The number 322 is vitally important to these secret societies especially Skull and Bones, which has the number, enshrined in their tomb at Yale.Written in 2010rense.com...

3-22, or March 22nd, is also the sacred number to Skull and Bones, the secret society from Yale that produces the leaders of the United States and the world. When Tim Russert asked President George W. Bush what the Skull and Bones special number - 322 signified Bush replied that this was a secret. Senator John Kerry, who ran against Bush in 2004, is also a member of this ultra-secret society. He also refused to tell us what the number 322 meant to Skull and Bones.

Skull and Bones is a German secret organization that successfully transferred itself across the Atlantic Ocean in the early 1800's. When you back-engineer the secret societies from which the German version of Skull and Bones emerged one finds a strange fascination with Mars.

March is the only month of the year that is named after a specific planet in the solar system. It is also the first day of spring as well as the first day in the zodiacal sign of Aries, which is the Greek word for Mars, and it is where 'March' gets its name.

It isn't going too far out on a limb to say that population reduction is a major goal of these secret societies for better or worse.Normally I wouldn't put this much time into this small curiosity of ancient German secret societies. But as I watched the Health Care Debate over the last few weeks I suddenly saw that it was beginning to appear that President Obama, Nancy Pelosi and the Democrats were going to vote the Health Care Bill on March 22nd. 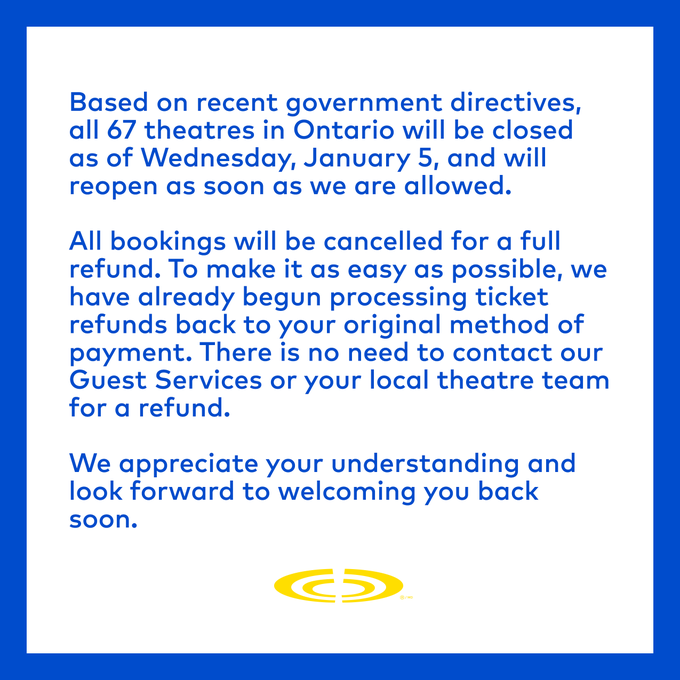 West Texas is showing a full slate of shows as well.

I'll watch because wasn't that Penelope Cruz grrrr, in fact as has been mentioned the cast looks fantastic but the premise of the movie we shall she when it starts streaming somewhere.

Frankie Boyle does the apocalypse much better
NSFW

In Ontario Canada, we’re under lock down again as of Wednesday this week.
Everything closed again, including movie theatres
Wonder if it’s the same reason other places are seeing only 1 movie listed

ETA I just checked the silver city cinema page, Jan 4th regular movies. Then nothing listed until Mar 26.
Our lock down is supposed to only be for a few weeks.
Weird.
edit on 3-1-2022 by Macenroe82 because: (no reason given)

I found it painful to get thru the 3 minutes.

That was so incredibly offensive, disgusting, and ridiculously vile.

I haven't laughed that hard in awhile. Thanks for sharing!

originally posted by: Macenroe82
a reply to: SeaWorthy

In Ontario Canada, we’re under lock down again as of Wednesday this week.
Everything closed again, including movie theatres
Wonder if it’s the same reason other places are seeing only 1 movie listed

ETA I just checked the silver city cinema page, Jan 4th regular movies. Then nothing listed until Mar 26.
Our lock down is supposed to only be for a few weeks.
Weird.


Well we have had no notice of a change as far as I know in Ca and out small country town has said nothing again that I know of and yet movies are listed like normal until that day.
edit on 3-1-2022 by SeaWorthy because: (no reason given)

well I just checked my theater and on the 7th only that movie is showing as stated.