All possibilities on the table.

I gave the pic a quick rinse, nothing too fancy, but it did show...something... 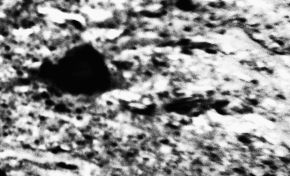 I flipped the image to negative, scrubbed it a little harder and saw this: 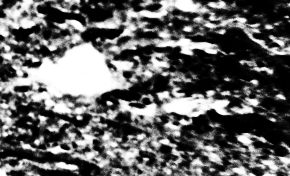 Very interesting. Its one thing to find an anomaly that resembles an English character. But to find several directly adjacent to each other, same relative height, width, and spacing, that is something else.

Ahh, at first glance it looked as though it read INC to me.

originally posted by: Wide-Eyes
a reply to: VulcanWerks

I do see the letters you're talking about but I think that's just our imagination working overtime.

Cool find, part of me want's to play stupid her and say "so that's were the ninth legion went".

Now if I was to write a science fiction story based on this that would begin with a guy reading something about possible Roman Numbers being found on a Martian Rock it would perhaps go something along these lines.

Time travelling colonists from a future earth went back in time and colonized Mars long ago when it was still habitable but there interaction with the past caused a branching timeline and in that changed timeline the scientifically Advanced Roman empire originated world they had come from never arose as earth history was significantly altered by there presence in the past perhaps by direct interaction with the earth or the old chaos theory of the butterfly's wing's causing a quantum disturbance great enough to alter event's on the earth somehow.

Either way great find, of course if these were carved symbols there is no reason the very simple shapes could not mean something completely alien, likely many races out there that are in any way similar to ourselves and have developed symbolic communication systems have similar symbols, what would be weirder though would be if they had the same meaning.

Even on earth we have many writing systems some of them extremely ancient, Cuneiform, Sanskrit, Demotic, Ogham even Runes and shared symbols found in ancient caves from the stone age which seem to be shared again and again though have not ever been linked to a form of writing or there code cracked to name just a few.

And then there are OOPART alphabets.

Here is a coin that is probably fake but if not is very interesting, a world in which the Evil Nazi's won minted in the year 2039.
www.unexpectedufo.net...

Though fake or not it is not the only odd coin to turn up.

Still back to the case in point, Mars it seems is full of Ooparts, is this a natural formation or evidence of a radically different timeline to the one we are told is the truth?.


Sometimes we see something and assume it is something else but sometimes it really is what we assume it is and not just natural formations, but other times we can see a face in a tree and there is no face there.

Who knows but cool find.

If it is real it fall's under the category of Out Or Place Artefact's or Ooparts.

posted on Jan, 3 2022 @ 04:00 PM
link
The "M" is fuzzy but I almost see it more as RCAP.
My best guess would be either debris from a mission, Pareidolia yeah sure maybe without seeing it in person who knows it's all just the man in the moon anyway but it's mars :p
M... RCAF? Canadians up there?

originally posted by: servovenford
The "M" is fuzzy but I almost see it more as RCAP.
My best guess would be either debris from a mission, Pareidolia yeah sure maybe without seeing it in person who knows it's all just the man in the moon anyway but it's mars :p
M... RCAF? Canadians up there?

In one of my passes while editing the image I thought it said “MCA” with potentially an “F” at the end. So… “MCAF”.

If it is some sort of signage, my first thought was “Mars Colony” and A or AF could be lots of things.

originally posted by: VulcanWerks
Folks have posted some pretty interesting findings from Mars/Moon photos over the years and, coupled with that, I’ve always known human error is a thing. If there’s anything being hidden, nasa (or whomever edits these, formally) would miss things along the way - law of large numbers. The findings of others are what sparked my curiosity - it’s adult “Where’s Waldo” of sorts .

Today I found this image: 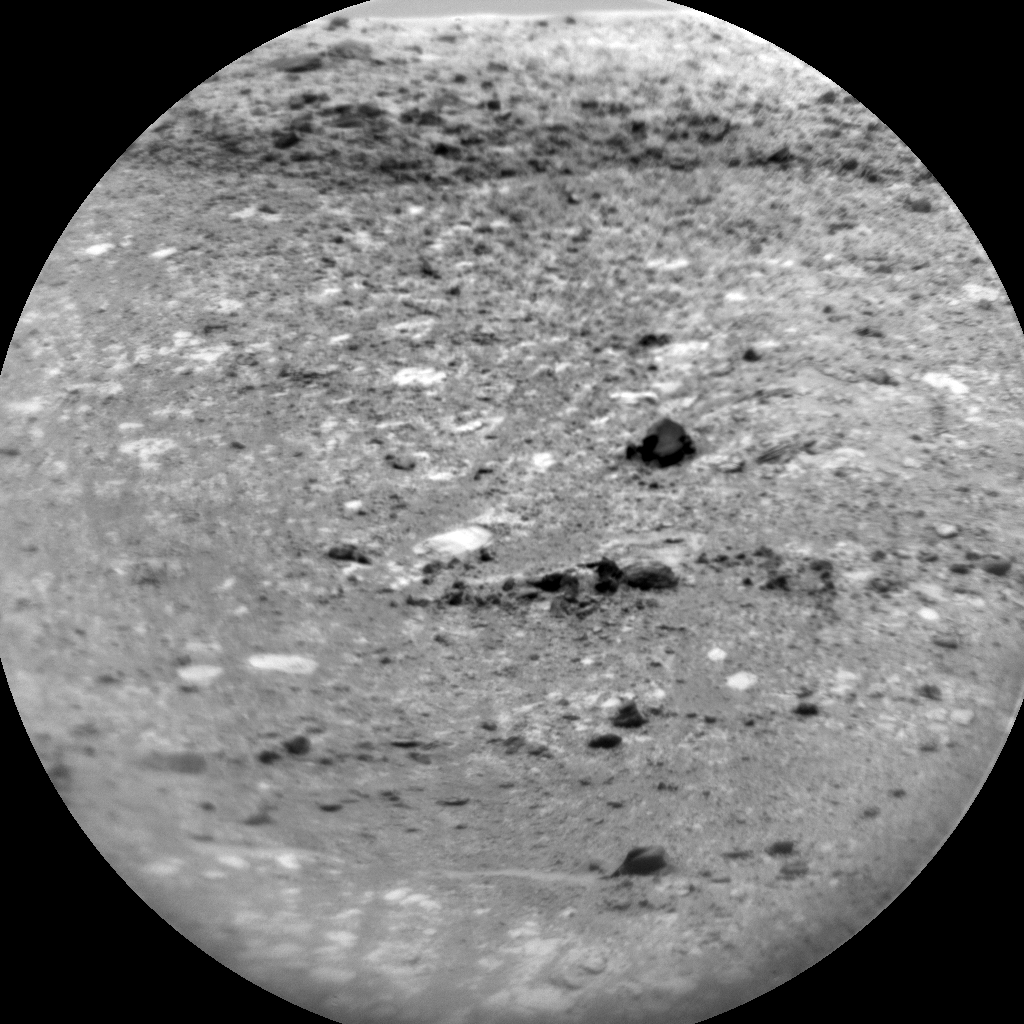 I looked at the larger black rocked in the center-ish right of the photo, zoomed in and as I swept by it looks like fairly evenly spaced capital letters next to said blacked out rock: 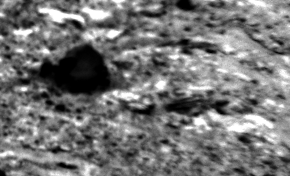 There were two photos from the area, so I went to the next one:

I can’t imbed the original image for some reason (it is in the link), but the letters remain:

These were shot from the ChemCam 1/2/22 with no information about scale, distance or location. I’m a little surprised they used the ChemCam for an uphill shot like that which appears to be at a distance - my historical searching suggests to me the ChemCam isn’t intended for lang range photos like a MastCam.

Scale matters less to me than the implications of English letters being on an object on the Martian surface when the curiosity rover is as far as it is from where it first landed. This could be a picture of a bracelet or a hangar door and it wouldn’t really matter.

Could it be Pareidolia? Sure. I’m posting because these look pretty obvious and don’t take a lot of effort to view as something other than a rock.

Maybe others with better photo editing skills can help confirm or deny!


I initially thought you were talking about what looked liked large writing at the bottom of the photo, almost like something bled through a paper that was placed on top of the photo. The 5+ letters that you highlight seem to be obscure in someplace by the actual environment. Cool find!

What are you looking at? I can't see a thing and when I try and see what you are talking about it hurts my eyes.

If you zoom in enough on anything it can look like something due the image pixelation.

I have looked at hundreds, probably thousands of images of Mars and there is ONE image I find anomalous and that is it... One. Sol Spirit 513 Gusev Crater.

posted on Jan, 3 2022 @ 06:14 PM
link
Now if there were French Letters littered over Mars, I'd suspect some astronauts and cosmonauts secretly met there before.
Hey, what happens in space stays in space.
Yip, it sure does.

"Did you feel the earth move too sweetie"?

posted on Jan, 3 2022 @ 06:29 PM
link
Looks like pareidolia to me, and the fact that almost each person has their own version of what is there makes me think I may be right.

PS: there's no such thing as "English letters", the letters used in English are Latin or Roman letters.

posted on Jan, 3 2022 @ 06:55 PM
link
a reply to: VulcanWerks
Vulcanwerks said: "Today I found this image:" but your image is not what one sees when one follows your link. This is the true image at the website. 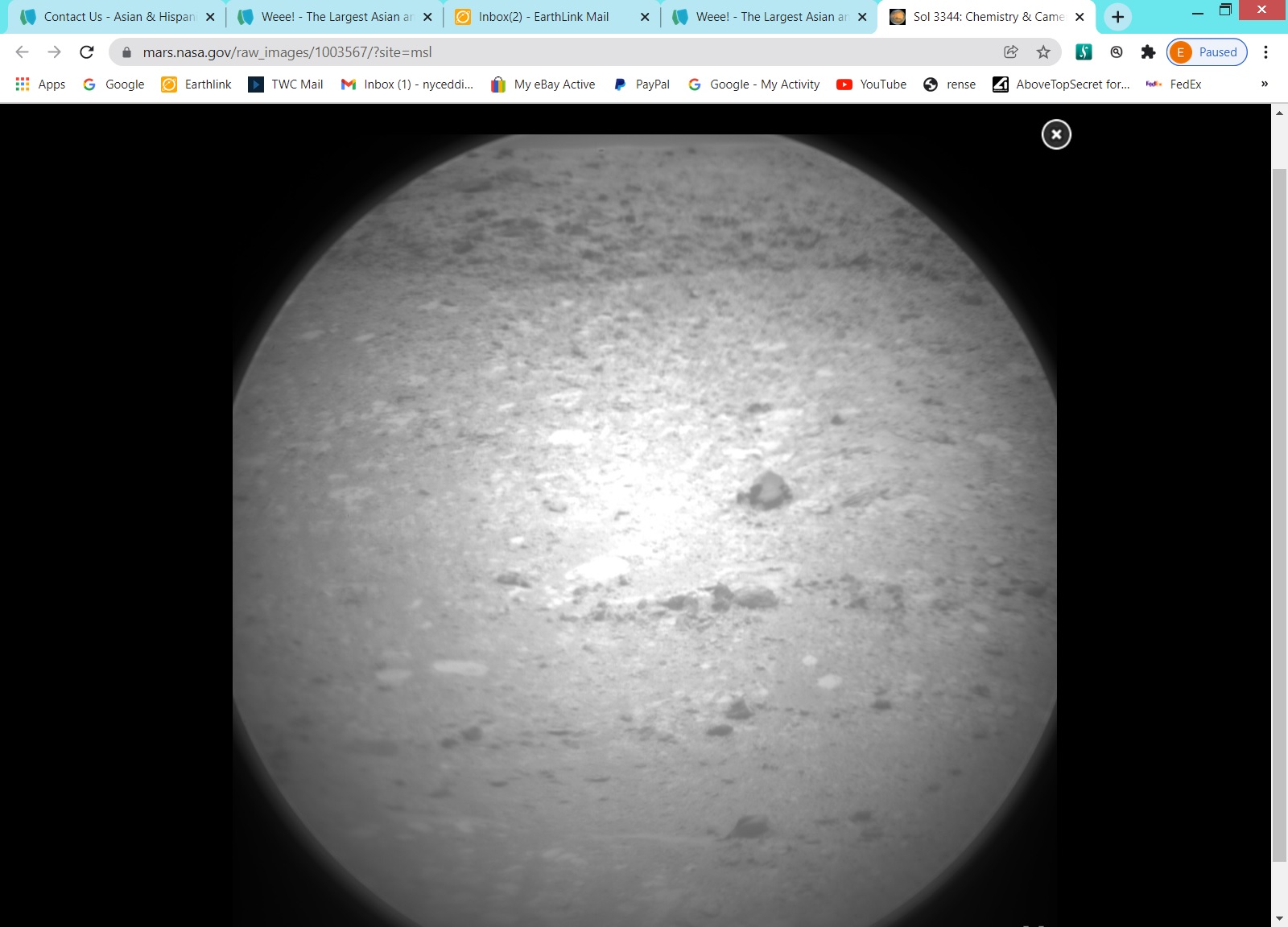 Additionally, the dark area which looks to have been enhanced doesn't show anything but natural features. When one looks at a closeup of the true image, there are many similar dark spots. I think your imagination runs wild. 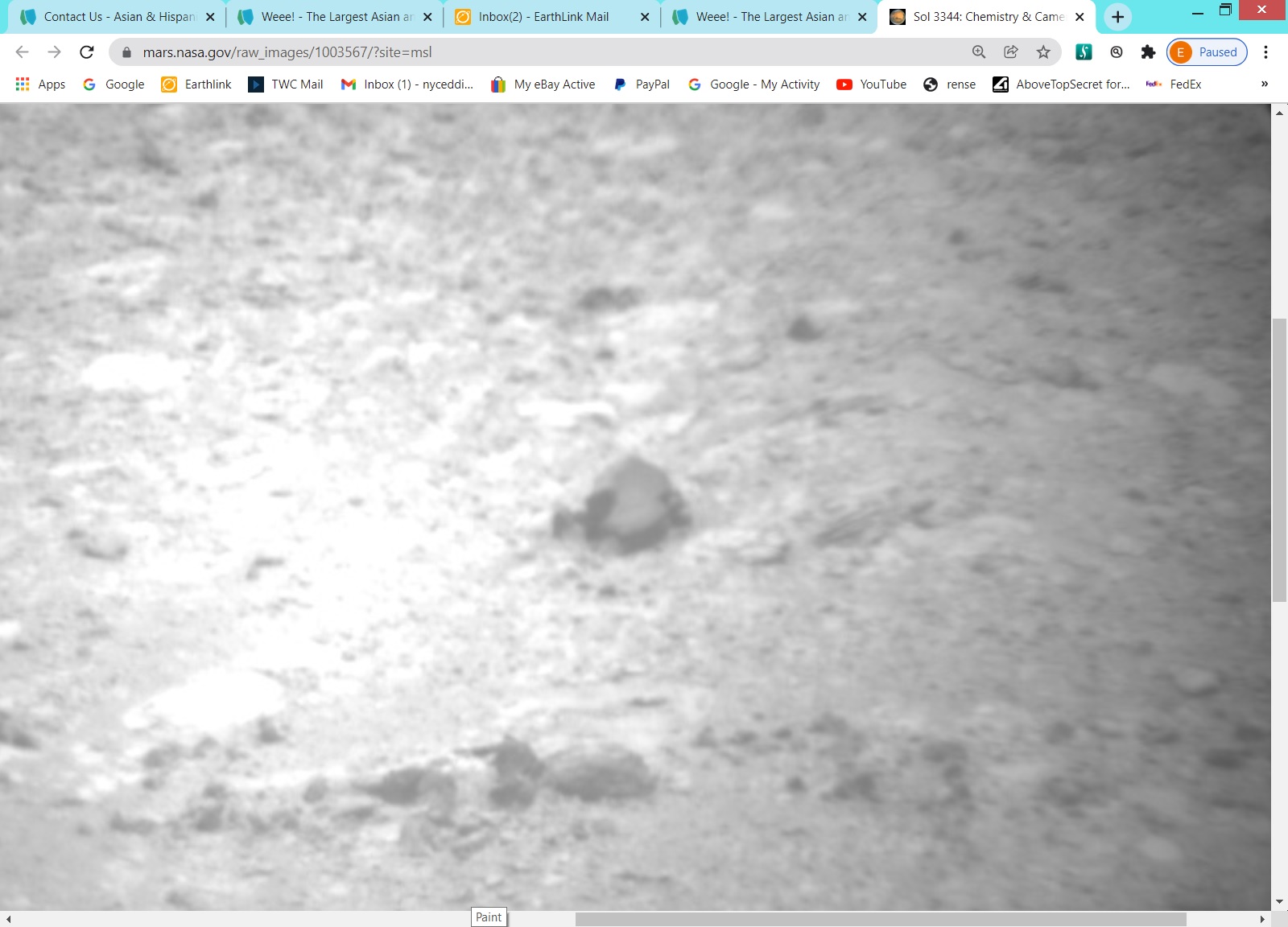 Vulcanwerks said: "Folks have posted some pretty interesting findings from Mars/Moon photos over the years"

Would you be so kind as to provide URLs to those "findings" so that I can enjoy them also?

edit on 3-1-2022 by idusmartias because: To add material and to correct my grammar.

originally posted by: Topcraft
No matter what, we all have to admit that it’s pretty interesting. But until we get boots on the ground and see things with our own eyes, we just will have to wonder about it. Extraordinary catch by the way, don’t know how you managed to catch this one.

It was “luck” but perhaps included a little educated guessing - I have a process I employ that has evolved over the years when looking at off-earth photo evidence.